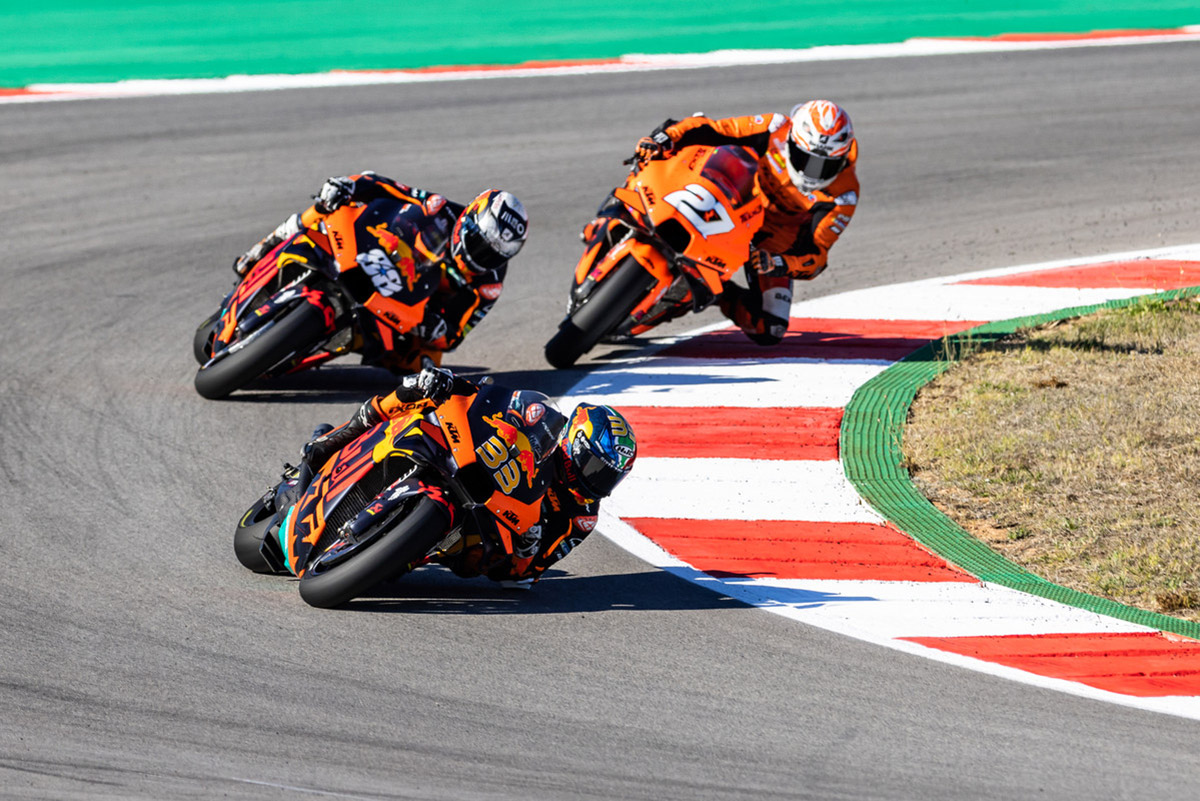 The KTM quartet began the 25-lap race in sunshine and under blue skies. Iker Lecuona was the most advanced on the grid in 10th position (his second-best slot of the year) but was followed by teammate Danilo Petrucci in 15th, Miguel Oliveira in 17th and Brad Binder 19th.

Lecuona made a strong launch on the KTM RC16 but Petrucci’s race lasted only a few seconds as he tumbled on Turn 4 after contact in the pack. Oliveira was sensational to gain seven places and move up to 10th in the opening minutes. Lecuona ran wide into Turn 1 which caused the young Spaniard to drop out of the top ten and into the clutches of Brad Binder; the South African also making up decent ground.

Lecuona again set decent lap-times but an ambitious move to pass Oliveira on the inside of Turn 13 caused both riders to fall out of the race and saw the red flag bring proceedings to a premature halt. With three quarters of the Grand Prix complete, the results were declared and Binder ended the day 10th. Oliveira was taken to the local hospital for a precautionary check-up.

There will be little respite for MotoGP as the series heads east this week and directly to the Ricardo Tormo Circuit for the Gran Premio Motul de la Comunitat Valenciana: the eighteenth and final round of 2021.

Brad Binder:
“A difficult weekend for us in general. The team did a great job overnight and in warm-up I was much happier with my set-up. I felt stronger and more confident going into the race but it took me too many laps to understand how to ride well. I made too many mistakes and it took too long to come up to a good pace. By the time I got a good rhythm and made some passes the red flag came out. A tough time but the team worked so hard. We’ll definitely be stronger next week.”