Viñales misses out on points with 16th in #AlgarveGP, Espargaro DNF 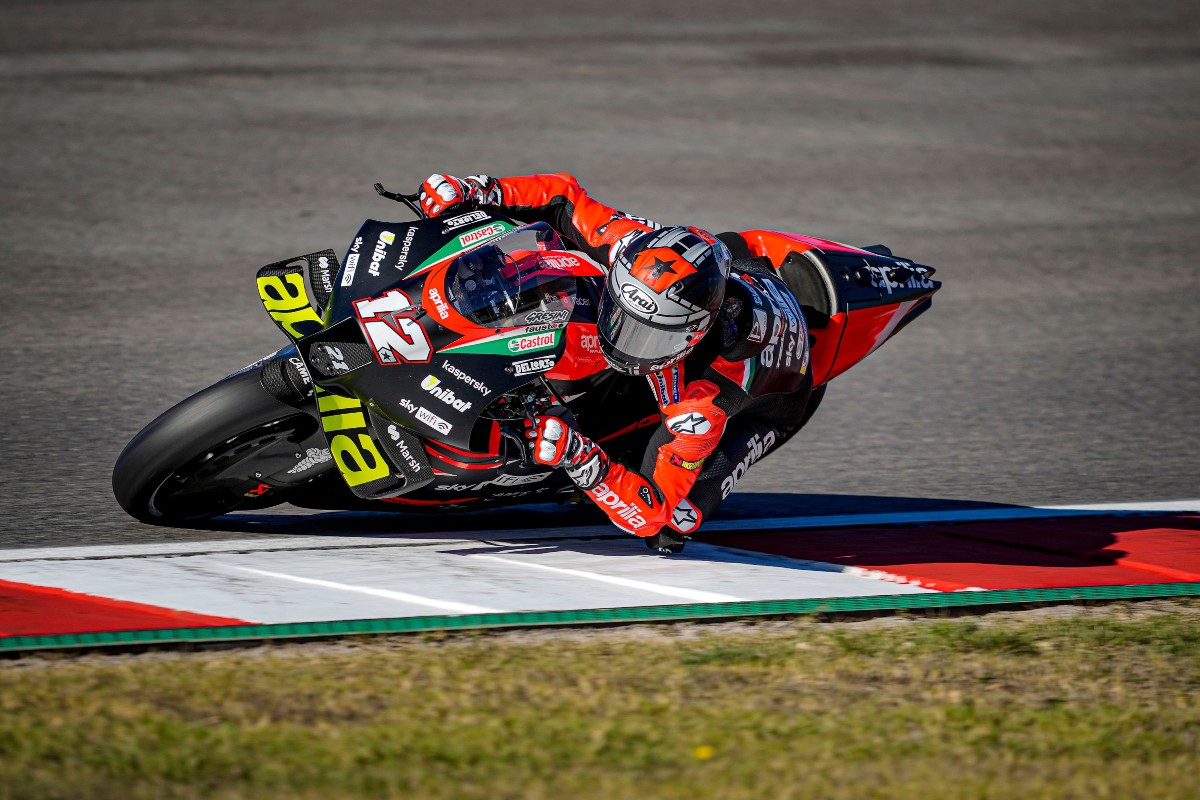 Aleix Espargaró started well when the lights went out at the GP of Algarve in Portimao, which hosted its second MotoGP round of the season.

From the fourteenth spot on the grid, Aleix had moved up through the ranks to tenth place when he ran into trouble, first when he went wide in an attempt to move up a few more positions and then when a crash on turn 1 took him out of action.

Maverick paid the price for starting rather far back on the grid. Like all his races with Aprilia this season, the Algarve GP was once again, first and foremost, an opportunity to get to know the bike and its characteristics better. With a good pace, in the finale Maverick got close to the points zone, but the interruption to the race following the accident involving Oliveira relegated him to sixteenth place.

This weekend demonstrates once again how much we are lacking, especially in terms of confidence. Rather than in pure performance, I’m lacking in consistency. In the race today, I managed to do one sector well and then lose ground in another, but at the end of the day, it’s all part of the learning curve. The race is still important because you see how you measure up with the other riders and you understand what aspects you need to work on.

I had managed to start rather well, making up a few positions. Then, Lecuona and Pol re-entered the track after running long, forcing me wide. Ending up at the back of the group, I began rebuilding my race, but after overtaking Morbidelli I was too aggressive on the brakes. It was my fault, but in the last few races, something hasn’t been working right and we need to figure it out. Maybe the RS-GP struggles with the low temperatures, but everyone is in the same situation, so knowing how to adapt to the various conditions is important.