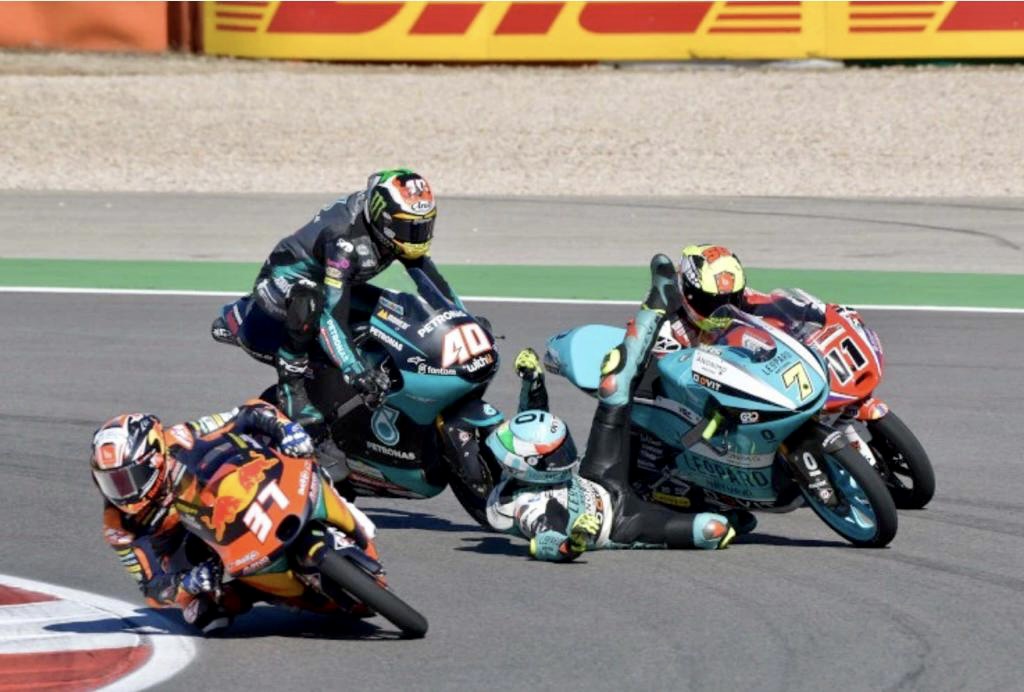 At the iconic circuit of Portimao, the Autodromo do Algarve, the Leopard Racing and Dennis Foggia gave their best until the very last moment in the fight for the title, which was finally achieved by Spaniard rival Pedro Acosta. These are our points after the weekend:

First, we’d like to congratulate Pedro Acosta for getting the title, he’s been a tough rival throughout the whole season and we’ve enjoyed every battle on the field.

Second, we want to point out the great performance carried out by Dennis Foggia this season, especially during the last 10 races. The Italian has gathered 5 victories and 5 other podium results, and with 6 N/C, Dennis has been doing a great comeback race after race, something that has placed him in the fight for the World Champion title. His determination and consistency alongside the hard work of the blue squad have turned a difficult season into a dreaming one. Many thanks, Dennis.

Third, we’d like to show our helplessness feeling after the race incident with Darryn Binder. We believe his irresponsible riding at the very last lap ended up with our chances. We’ve reviewed all the footage and it is strange the way Darryn behaves at that moment, from every angle of perspective (we invite you to check it out online). Any rider should be aware that an irresponsible move can put in danger not only a rider’s life but also jeopardize the hard work and the options of a whole team. We wonder why and how he took it that far, as yesterday wasn’t the first time the south African behaved in such a particular way. That behaviour is unforgivable. It could have finished worse than it did, as fortunately, Dennis Foggia is fine despite the horrible crash.

And finally, many thanks to our riders, our mechanics, our technicians, our sponsors, and all our staff for their effort every single day. This is a family and as the song goes… What doesn’t kill you makes you stronger! See you all in Valencia for the Grand Finale!

#AlgarveGP
Get All Our Latest News Sent Direct To Your Inbox
Join 25,263 other subscribers.
Follow on Social Media
Get the VROOM Podcast