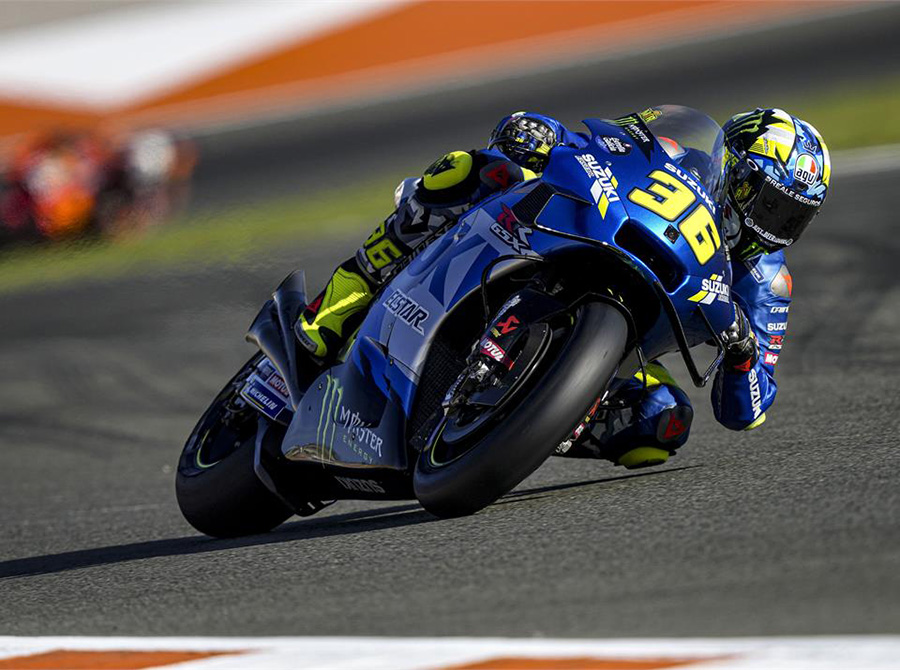 Despite a slightly chilly start, the sun was shining in time for FP3 and improvements were to be had for the entire MotoGP™ field. Joan Mir and Alex Rins were working hard to try and bring down their lap times, putting in a couple of stops and tyre changes as well as tweaking the set-up.

The session, like many this season, became incredibly tight; all 21 riders covered by less than one second. Mir and Rins pushed on their final flying laps, and whilst mir was able to improve to fourth, Rins was left just outside the Top 10 in 11th.

FP4 was a standard session for the Suzuki squad, with both riders able to try out the harder tyre options ahead of tomorrow’s 27 lap race. They completed the 30 minute session with Rins in third and Mir in sixth, both riders felt confident and comfortable with their GSX-RRs.

Alex opted for the hard-soft combination to attack Q1; this worked well and he set a string of quick laps, the best of these being a 1’30.673 which saw him sail through to Q2.

Q2, the final qualifying session of 2021, was bound to be highly competitive and tightly packed. Both Suzuki riders took it in their stride, however, and were consistently pushing for ‘Top 5’ grid positions. Despite two yellow flags during the closing moments of the session in Sectors 1 and 3, Mir and Rins were able to demonstrate their strong pace; taking fourth and sixth respectively and therefore second row starts.

“I’m happy about qualifying today, we worked well and we missed out on the front row by a very small amount. We’re following the steps to have a stronger bike and a better package for next year. I’ve been feeling good all weekend and my pace is pretty strong, both with the used tyres and with the fresh ones. It gives me a boost that we were so close to the front row and I’m pleased to show my potential ahead of the final round. Tomorrow will be a special race with so many fans.”

“It was a good day for the team with both Joan and I pretty fast. My final laps in Q2 were disturbed by the two yellow flags, which was a bit of a shame, but it’s nice to be on the second row and I feel that I can get a good start. It’s tricky with all the Ducatis around, but I know our pace is strong. One thing is sure; we will give our all to have a great final race.”