Quartararo to start #ValenciaGP from 8th, Morbidelli 11th on grid 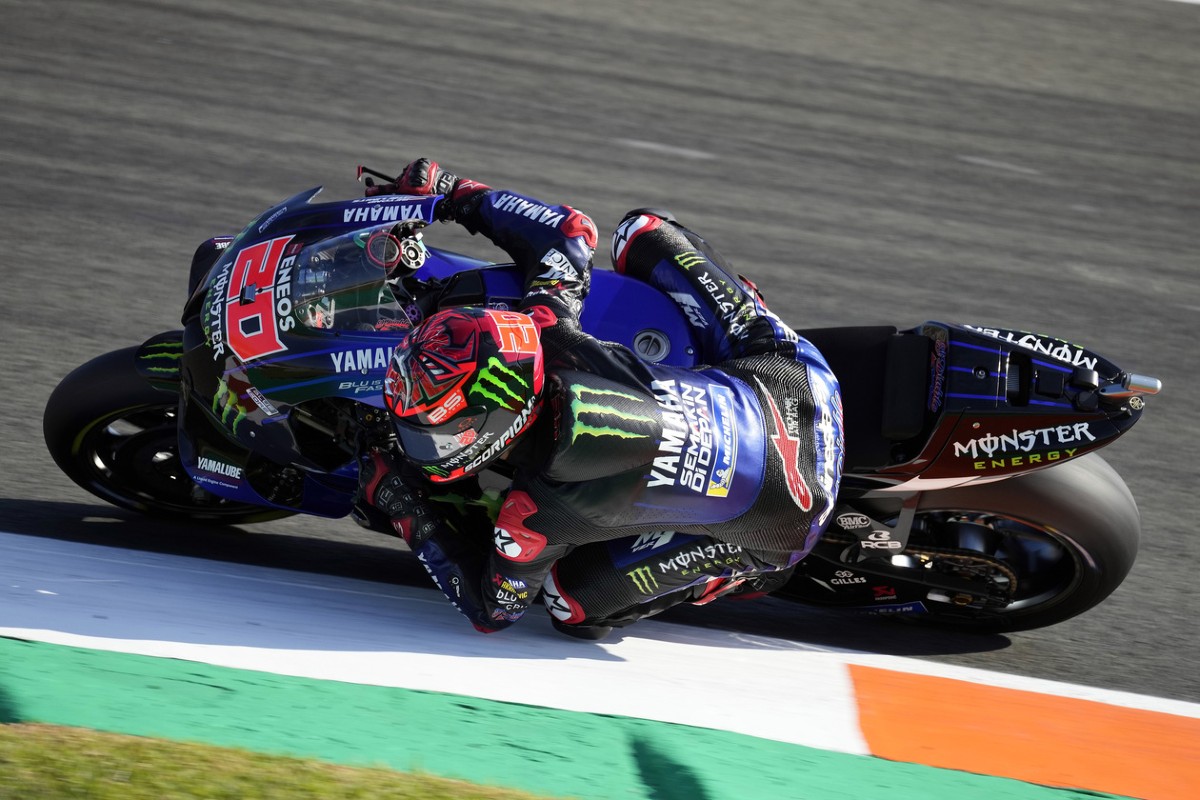 Monster Energy Yamaha MotoGP‘s Fabio Quartararo and Franco Morbidelli were setting competitive laps on their first stints in today‘s Q2 session at the Circuit Ricardo Tormo but weren‘t able to make a further step on their second stints. They completed the final qualifying session of the 2021 season in eighth and eleventh place respectively.

Quartararo was the last rider to start the 15-minute shoot-out. He wasted no time moving up to second, but was later pushed down a place by his teammate. With the whole field on a fierce level, El Diablo had to step up his game. He pushed to set a 1‘30.620s for sixth before entering pit lane for a quick swap of tyres.

With five and a half minutes remaining, the Frenchman was keen to have another go at securing a front-row start. He manoeuvred his way around two consecutive yellow-flag situations and pushed hard for three laps. He came within 0.001s of his own best time but was ultimately unable to improve his ranking. He finished the session in eighth place, 0.684s from the top, thanks to his 1‘30.620s time set on lap 3/8.

Morbidelli was the first rider to head out in Q2. His banker lap put him in eighth after all riders had set their first flyer. But he was just getting started and moved up to second on his next attempt with a 1‘30.781s. However, the times dropped, and he was in eighth place again when he headed back to the pits.

The Italian started his second run with five minutes left on the clock. He was tenth as he commenced his next hot lap but found himself in the same situation as his teammate. While there were yellow flags out in various sectors, he was unable to better his time. His lap 3/8 saw him end Q2 in 11th place, 0.845s from first.

In FP4, we made a step because we put on the hard tyre, and that was much better, but I feel like the front tyre is too soft for me, and there‘s no turning. We need to find a solution to improve this. It will be tricky to recover some positions, but our race pace looks not too bad. I will be pushing on the first laps to make up some places. The main thing now is to improve the setting and accordingly the feeling with the front, and then we can also improve on braking.

I‘m a bit disappointed, actually, because I think that our potential was more than this. But I made a mistake. I tried something different in the second run of FP4, and it didn‘t feel too bad, but then I brought it to qualifying, and with the soft tyres I had to adapt to it. I thought I would have adapted to it by the second run, but then that didn‘t happen. I had a yellow flag when Bagnaia crashed, and then on my second lap there were some people cruising on track because they thought it was already after the chequered flag. I slowed down. It‘s a pity because I think that our potential was better in FP4. In every practice we felt really good, and we were up there. But it‘s okay. I need to work and improve my riding. I need to move a little bit more on the bike, but my physical state doesn’t allow me to do that yet. But we are improving.