15th for Alcoba in the #ValenciaGP, DNF for Rueda 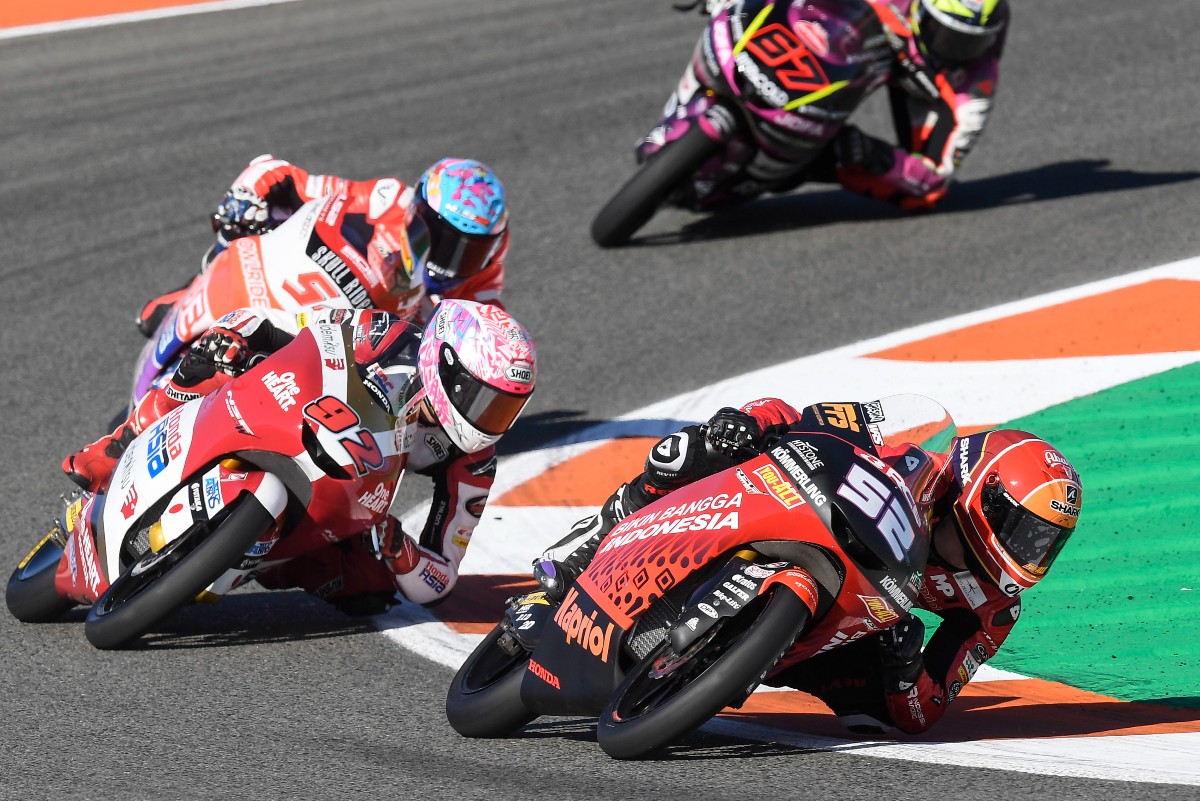 Jeremy Alcoba’s Moto3 journey with the Indonesian Racing Gresini Moto3 ends with one point in the final race and a 12th place in the standings. In what was a racing weekend marked by some lack of feeling with the bike, the Spaniard also had to deal with a coming together at the start which compromised the whole encounter.

This collision led to a problem with the front-brake lever in the early laps, as Alcoba dropped all the way down to the end of the pack. His comeback up to the top-15 is one of extraordinary value, although the result itself was obviously far from what was expected from him.

Jose Antonio Rueda had a very unfortunate debut race: the Seville-born rider started strongly, but a coming together with Kelso after a few laps took him out of the race in which he could have played an important role. We are confident he will get more chances to prove his talent at world level.

Right after the start, the front-brake lever of my bike was damaged by an opponent and I was forced to drop down many positions and find the confidence back. Before I knew it I was last and from there I started my comeback, which ended up being of little worth. I wanted a good result, but it wasn’t an easy weekend.

It’s a real shame because we did a good weekend and I was feeling good in the race, so the top 15 was within reach. Unfortunately a coming together with Kelso sent us in the gravel trap. There’s quite the regret.