Brad Binder 7th and Miguel Oliveira 14th in the #ValenciaGP 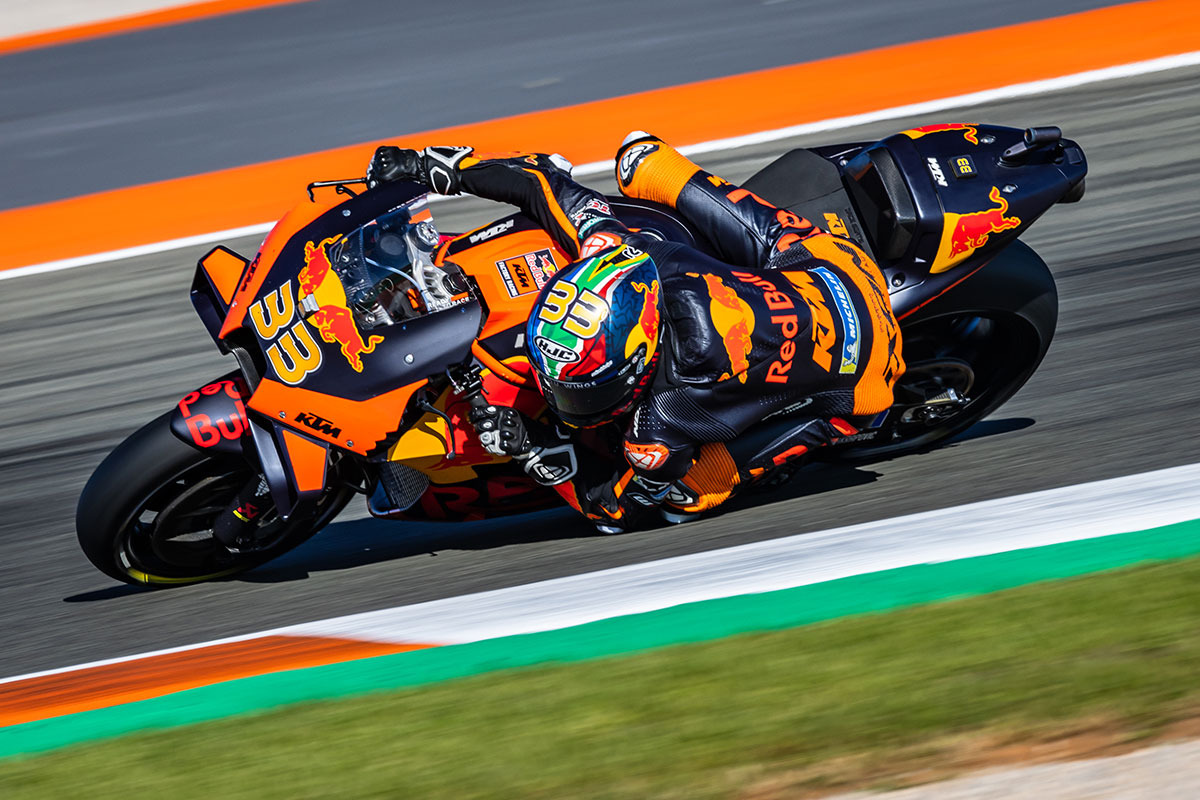 KTM ended their fifth year in MotoGP competition with 7th position in the eighteenth and final round of the world championship in Valencia and with Red Bull KTM Factory Racing’s Brad Binder securing 6th place in the standings.

Warm sunshine and cloudless skies graced the last MotoGP race of the year. The Circuito Ricardo Tormo welcomed over 70,000 spectators for the Gran Premio Motul de la Comunitat Valenciana and the second event in the space of a week.

Binder was the most advanced KTM rider on the grid having qualified in 7th position and headed the third row. The South African planted himself into the mid-top ten where he managed to stay ahead of Enea Bastianini and tried to close the gap to Johann Zarco. By the flag he was only 1.5 seconds from 6th for his thirteenth top ten finish of the year.

Teammate Miguel Oliveira faced some adversity thanks to his grid position of 20th but the Portuguese rode around a lack of feeling with the front tire to make it to 14th and two points. He was just ahead of Tech3 KTM Factory Racing’s Iker Lecuona in 15th while Danilo Petrucci finished an emotional last MotoGP outing in 18th.

2021 action and work ends with a final two-day test at the Circuit de Jerez-Angel Nieto this coming Thursday and Friday where the two KTM teams will evaluate ideas and components for their 2022 set-up on the RC16s.

Brad Binder:
“I’m happy with where we finished in the championship and the race was a lot harder than I expected. I thought I’d be stronger and, unfortunately, I was missing a little in a few places and the gap was too much to make-up in some corners. It was a tough race but I tried my absolute best from lap one to the end. I have to leave here happy because I left it all on the table. It has been my most consistent year and a level-up. I have to thank the team. Even though we had some tough times they never stopped working. 6th in the championship is good and now five to go.”

Miguel Oliveira:
“I knew it was going to be difficult today but we made it into the points. My pace wasn’t fantastic and I struggled a bit with the front tire. Overall, it wasn’t our best race and we have to take motivation into the winter test that starts next week and keep working for the future.”