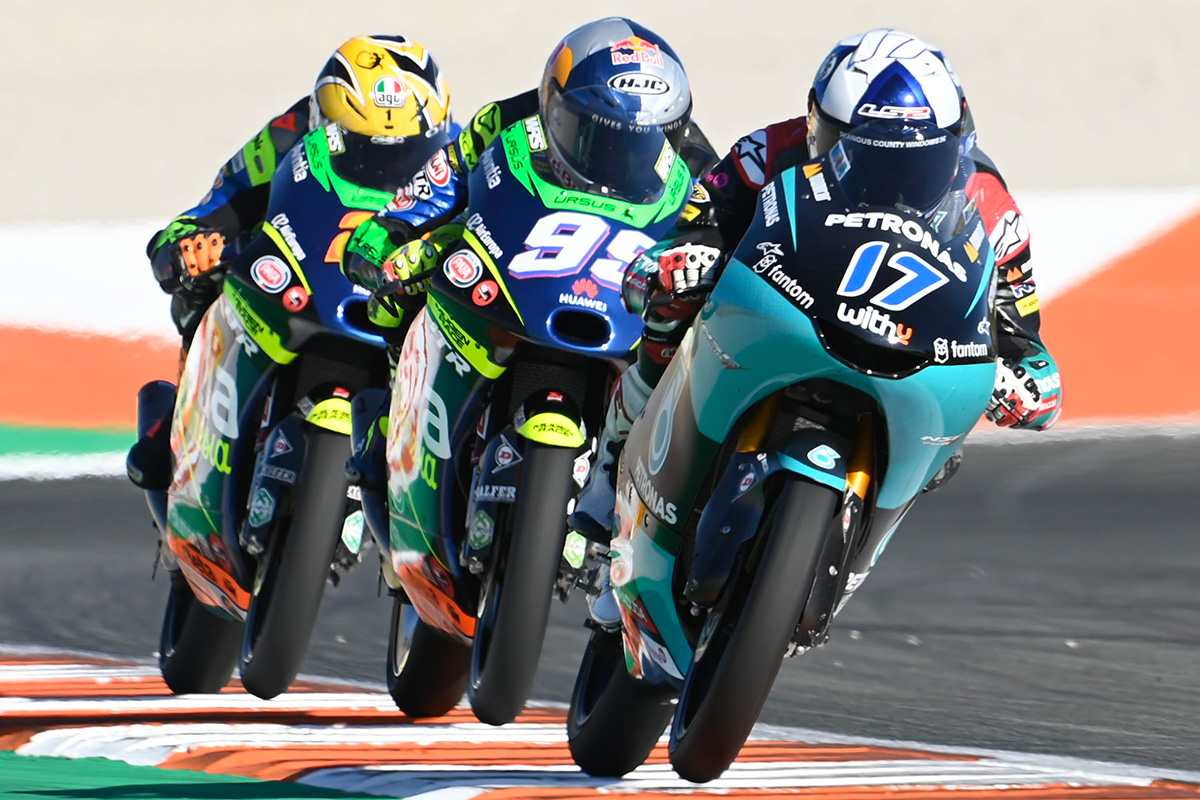 It wasn’t the best of starts for McPhee from 15th on the grid, with the Scot entering Turn 1 in 17th. After spending the opening laps battling those around him, he made his way back into the top-15 on lap 5. Keeping himself in the fight for the points-scoring places, John battled hard with those around him to reduce the gap to the leading group in the closing stages. Ultimately McPhee crossed the line 13th, but was promoted to 11th due to other riders’ penalties.

Unfortunately the final race of the season did not end in the way that team-mate Binder wanted, or expected, it to. The South African, who started from 16th on the grid, was in the process of making his way through the field when he experienced a Turn 4 highside on the opening lap. Sadly, this meant that the ValenciaGP came to an early end for Darryn.

At the end of PETRONAS Sprinta Racing’s final season in the Moto3 championship, Binder was seventh in the World Championship standings (136 points) and McPhee 13th (77 points).

It’s been an incredible three years with the team. We have had lots of great moments that we’ve enjoyed together, along with some tough ones. We’ll look back at the positives: we’ve had eight podiums, won a couple of races, had pole positions and been on front rows. Overall we’ve enjoyed success together. The past season has been the toughest, but we’ve still enjoyed some great moments, with the podium in Texas, and we’ve been fast in every race. It’s been a pleasure, I appreciate all the hard work from the guys and I wish them all the best in the future. Thanks again!

It’s definitely not the way I wanted to end the season. Unfortunately I didn’t have the best Qualifying yesterday, but I still felt pretty confident going into the race today. I got off to a good start, made some good passes in the first and second corners. Unfortunately in the exit of Turn 4 I had a really big highside and that was the end of my race. I’m so disappointed to end the season like this. It’s the first big mistake I’ve made at the beginning of a race this year, so I have to say sorry to the guys. It’s not the way I wanted to say farewell to them, but that’s racing sometimes. I can’t thank them enough for what has been a great season; thank you to everyone who has been involved this year and I wish them all the best for whatever their future holds.