Masia fights back for podium with 3rd in the #ValenciaGP, Acosta DNF 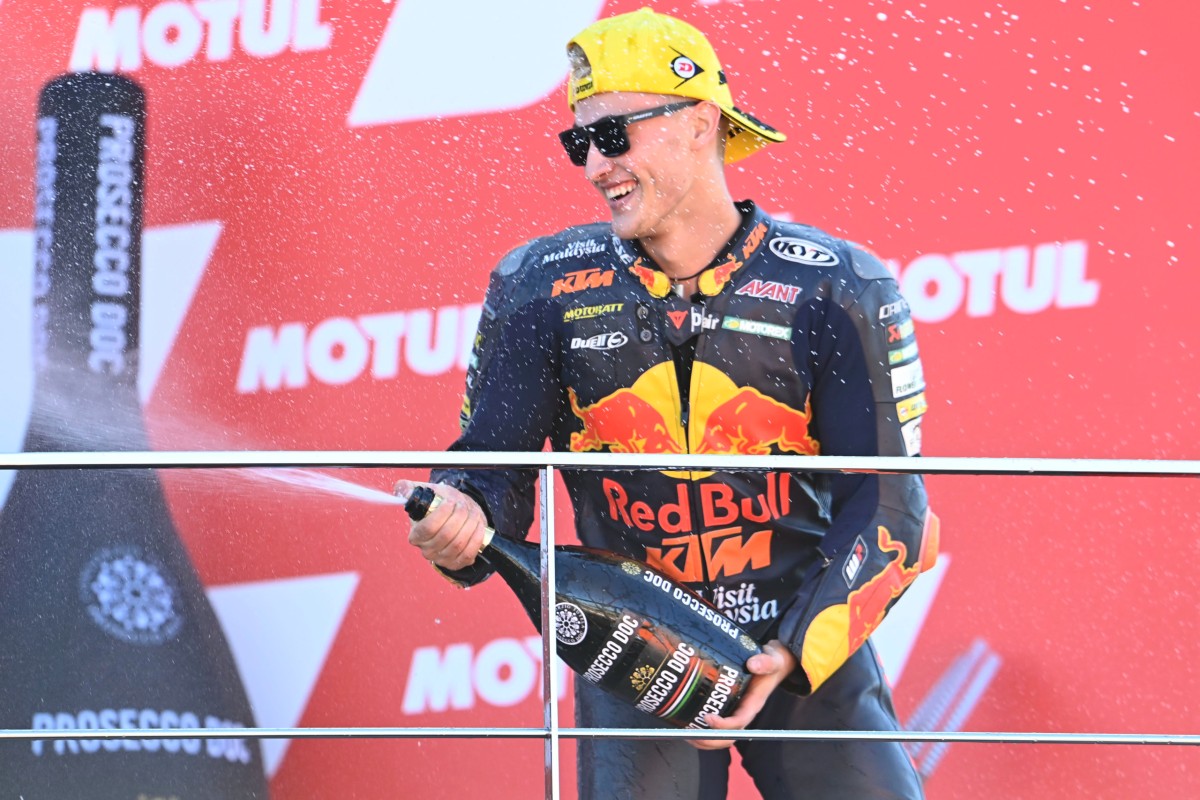 Red Bull KTM Ajo concluded the 2021 season with another podium, thanks to a third place for Jaume Masia at the Valencia Grand Prix. The Spaniard staged a fantastic fightback through the field, overtaking 20 riders to take his fourth rostrum of the year. Newly crowned Moto3 World Champion Pedro Acosta was unable to complete what had been an excellent race, after a collision with another rider on the final lap.

Masia took off from the 8th row of the grid, but pushed hard on the opening lap to pass seven other riders. The Spaniard continued his ascent, claiming the lead on lap 12. The Red Bull KTM Ajo Moto3 rider had a very intense end to the contest, as a series of frenetic moves by the front runners saw the podium spots settled. Masia eventually placed third, in what was his home Grand Prix.

Acosta had started from the pole position, but was unable to break away from the rest of the field, with constant overtaking amongst the lead group. The Moto3 World Champion was one of the fastest in the pack, but contact with another rider at turn 2 would take him out of the race on the last lap, when fighting for the win.

Red Bull KTM Ajo’s 2021 comes to an end with Acosta as Moto3 World Champion, with 259 points. Masia concludes the year in fourth, with 171. With today’s result, KTM also achieve the Constructor World Championship.

I am happy to conclude a weekend that has been tough for us with this result. We didn’t have much pace or a good feeling during practice. I am satisfied to finish the year with a podium, so today we have to celebrate the end of the season. Racing in front of the fans allowed me to feel their support, and it showed. I want to thank the fans, my family, my friends and my team.

It was a very fun race – the most fun of the year. Today we conclude an incredible year. It was a round which we came into without pressure, with the sole objective of having fun and riding the way that we like. Finally, we weren’t able to finish the job with a good result, but I am happy about everything we have achieved during 2021.