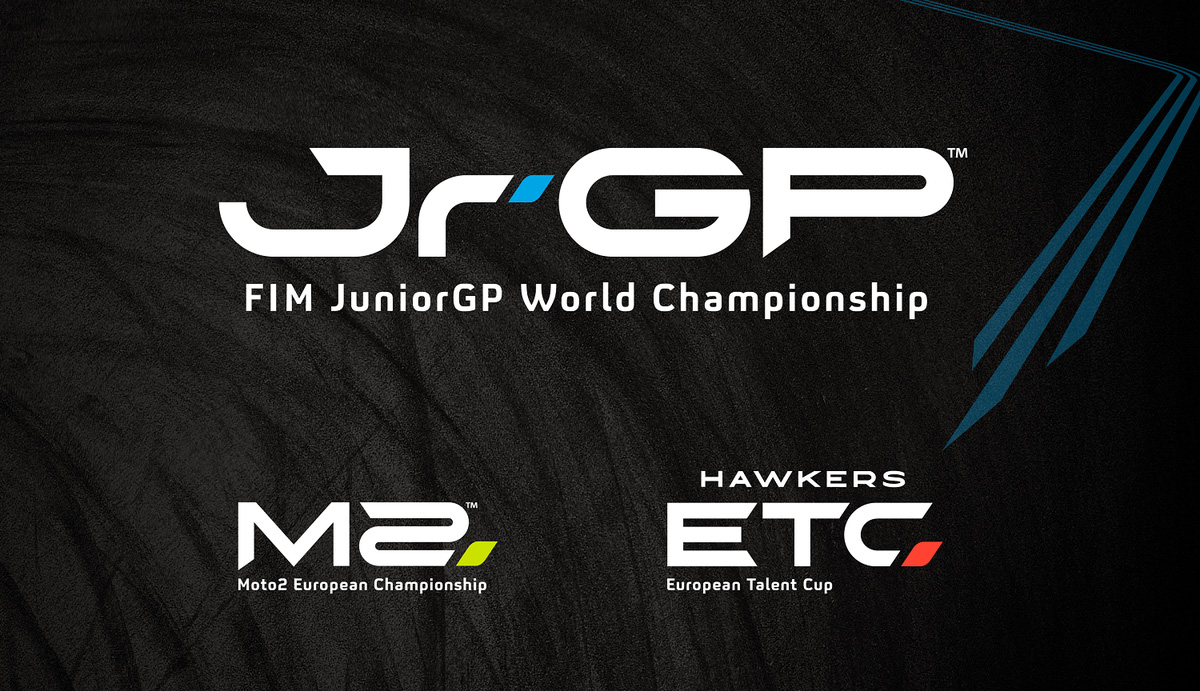 A new chapter begins for the biggest and most successful path on the Road to MotoGP™ in 2022. The FIM Moto3™ Junior World Championship becomes the FIM JuniorGP™ World Championship, recognising its status and position as a globally vital proving ground for young riders.

The former Moto3™ Junior class will also share its new name and identity with the series as a whole. As per the FIM MotoGP™ World Championship, the FIM JuniorGP™ now takes its name from the most prominent competition (world level) within it, which is the Moto3™ category in the case of JuniorGP™. The Hawkers European Talent Cup and the Moto2™ European Championship, including the Superstock category, retain their denominations under the umbrella of the FIM JuniorGP™ World Championship.

The series also gains a new identity as part of this new era, with a new logo for the Moto3™ category – also shared with the Championship. The Hawkers European Talent Cup and the Moto2™ European Championship also begin this new chapter with a fresh identity for each.

Over nearly a quarter of a century, JuniorGP™ has played a key role in the recognition and development of riders who have gone on to set records, including eight-time World Champion Marc Marquez (Repsol Honda Team), 2020 MotoGP™ Champion Joan Mir (Team Suzuki Ecstar) and 2021 MotoGP™ Champion Fabio Quartararo (Monster Energy Yamaha MotoGP).

More than 80% of Grand Prix riders have passed through the series on their Road to MotoGP™, rising to over 90% for the Moto3™ grid. With its new name and identity, the FIM JuniorGP™ World Championship will continue fostering talent as its 25th year begins.

JuniorGP
Get All Our Latest News Sent Direct To Your Inbox
Join 30,253 other subscribers.
Follow on Social Media
Get the VROOM Podcast
Download our Vroom.GP App