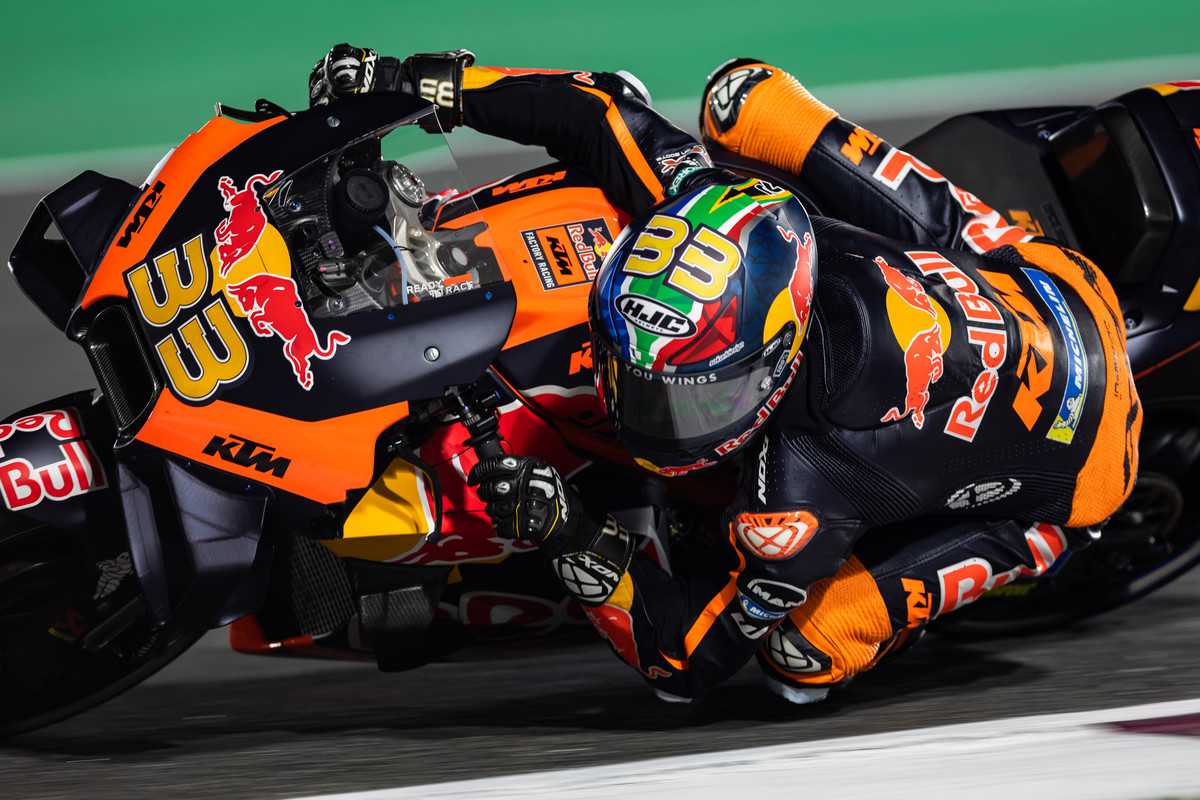 Red Bull KTM and Tech3 KTM Factory Racing riders will tackle the initial Grand Prix of 21 in 2022 tomorrow with Brad Binder the highest-placed qualifier in Qatar thanks to 7th position on the grid at the Lusail International Circuit.

Pleasant temperatures and a strong breeze marked the very first qualification ‘Q1’ and ‘Q2’ periods of 2022 at Lusail as MotoGP pushed through afternoon, dusk and early evening sessions in preparation for round one.

Brad Binder was fast out of the box for the first Free Practice and was P1 on Friday afternoon. The second day of work saw Binder and Miguel Oliveira working on a strong race pace – with top five speed on the RC16 for most of FP4 – and with conditions closest to what the riders will find on Sunday. On his seventh attempt at a ‘flyer’ Brad entered the top-two positions for Q2. The South African then saved his tires for two time-attacks and at one stage held a slot on the front row until being nudged down to 7th. Oliveira was marginal hundredths of a second from emerging out of Q1 and will begin the Qatar Grand Prix from 14th.

Tech3 KTM Factory Racing rookies Remy Gardner and Raul Fernandez negotiated the first two days of the MotoGP chapter of their careers, and their efforts in Q1 delivered 22nd and 23rd places respectively for what will be a significant educational step around Lusail tomorrow.

Brad Binder:
“Today was a solid day. I’m happy with the work we did and after being a little disappointed on Friday afternoon this was much better. I felt good and the bike feels great – the best I’ve ever felt in Qatar – and we’re ready for the race tomorrow.”

Miguel Oliveira:
“It was a tough qualifying, nevertheless I felt very good in FP4. We just missed a bit of time in the fourth sector of the lap and that’s where I was losing the most. I’m confident for tomorrow and happy with our work. The starting position doesn’t help us too much but I know we can make a decent start and place ourselves for the first race of the year. We will be in a big group so it will be about managing the tires and hoping to finish with some rubber left.”