Second row start for Miller with 4th in qualifying, Bagnaia to start #QatarGP from 9th 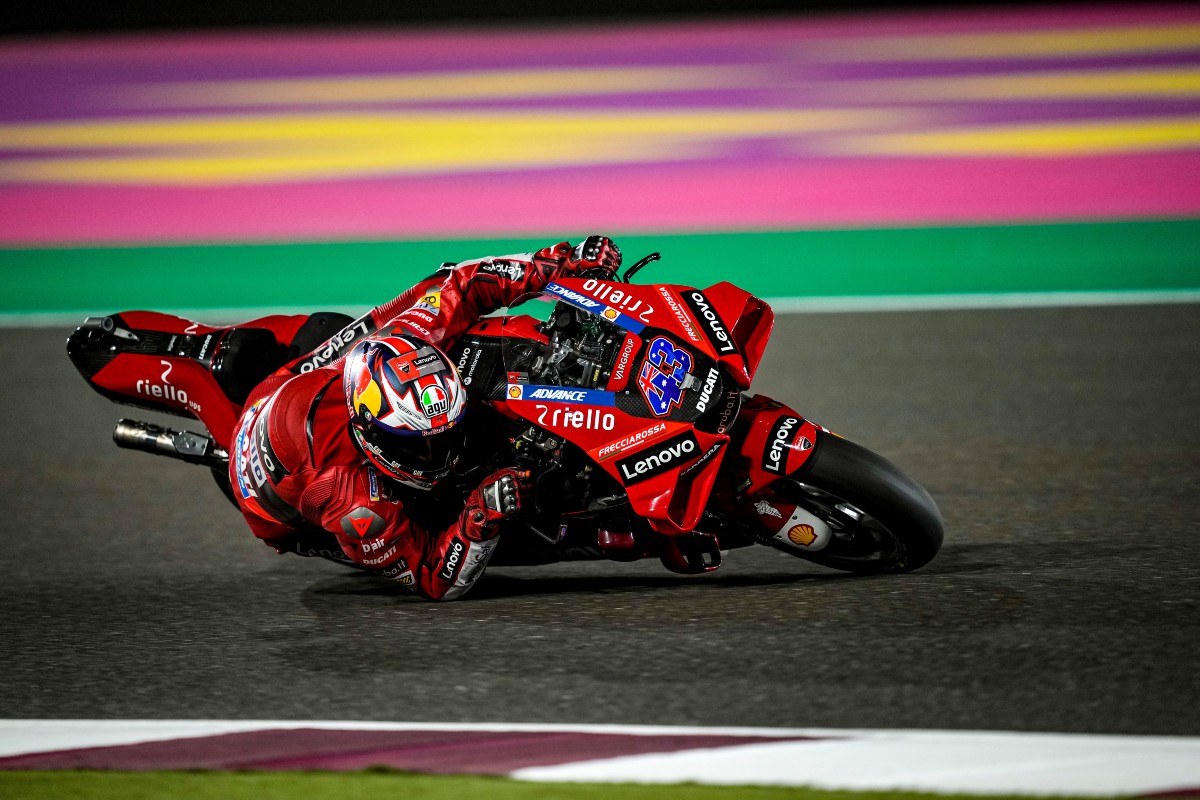 Jack Miller and Francesco Bagnaia will start from the second and third rows of the grid respectively at tomorrow’s Qatar GP at the Lusail International Circuit near Doha.

Thanks to the ninth fastest time overall at the end of the first three free practice sessions, Jack secured a spot directly into Q2, during which he immediately took the lead in the first minutes of the session. On his second exit from the pits with the soft tyre, the Australian rider improved again, but his lap time was not enough to ensure him first place, as he eventually dropped back into fourth place, 287 thousandths off the top of the time sheets.

Pecco was also able to progress directly to Q2 thanks to the eighth fastest time after FP3, but, in qualifying, the Italian was unable to go under a 1.53.411, finishing ninth, 113 thousandths behind his team-mate.

In the opening Grand Prix of the 2022 MotoGP season scheduled for tomorrow at 18:00 local time (CET +2.00), there will be two Desmosedici GPs starting from the front row. Jorge Martín (Pramac Racing Team) took pole position thanks to a fastest lap in 1:53.011, ahead of fellow Ducati rider Enea Bastianini (Gresini Racing), who was second.

Our objective today was to improve my feeling on the bike, and we have achieved that. I feel much more comfortable, and I think I’m in a good position for tomorrow’s race. I did a lot of laps in both FP3 and FP4, and my pace is good. This year the level of MotoGP is really high, and anyone can aim for the podium tomorrow. It’s going to be a demanding race, but I’m confident in my potential and ready for it.

Qualifying, unfortunately, didn’t go as I expected. In testing and over the past few days, we’ve been working with different bike configurations, which has penalized me a little. In FP4, we managed to find a setup that I like, but I didn’t have enough time to get used to it before qualifying. We’ll start from the third row, but I think it won’t be a problem on this track. We’ll see how the race goes tomorrow, but I’m optimistic.

The Ducati Lenovo Team riders will be back on track tomorrow at 13:40 local time (11:40 Italian time) for the final 20 minutes of warm-up before tackling the first race of the 2022 MotoGP season over a 22-lap distance.