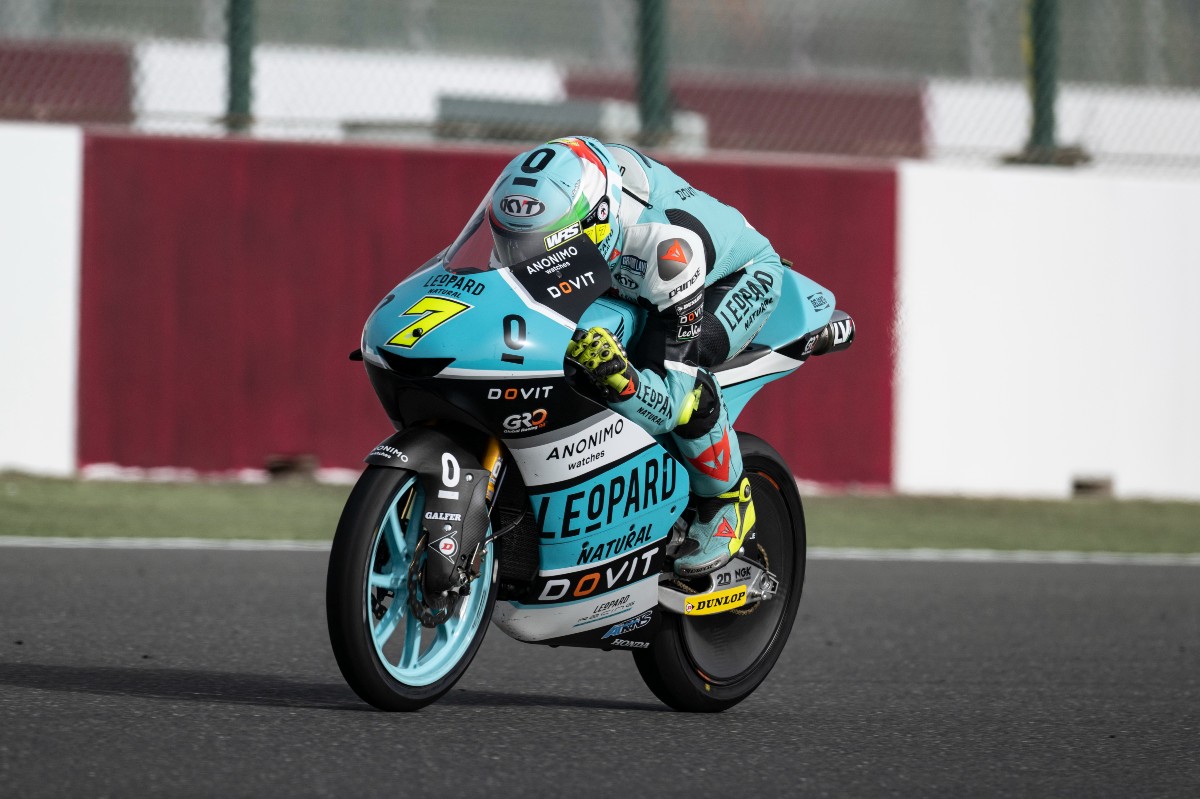 The Grand Prix of Qatar hasn’t been the one the team expected, without any doubt it will be one to remember.

On Saturday, after the qualifying session, both Le0pard riders got a penalty due to disturbing other riders during qualifying.

At race time, both Dennis and Tatsuki occupied the last spots of the grid.

Unfortunately, Tatsuki Suzuki had a little problem and crashed after the second lap, despite having done a great start from the 29th spot of the grid.

On the other side of the box, Dennis Foggia, who started from the 28th position, made a tremendous comeback. He had to undergo the two long laps and had to recover many positions after each of them, and even then, the Italian managed to cross the line as the 7th. To point out that he was most of the time the fastest rider of the race according to his lap times.

Although it hasn’t been the expected weekend, the team will try to do better in two weeks’ time at the Mandalika circuit, in Indonesia. Let’s keep pushing!

Things have been difficult after the sanction, but we’ve managed to do a huge comeback. Of course we wanted to win, but a 7th position after all the issues is a good result. We’ll try again at the second race!

I was really disappointed after the sanction, I still don’t understand it. I wanted to do the best race possible and I did a good start, but a little incident made me crash and I couldn’t finish. We’ll keep pushing in Indonesia!