John McPhee fifth in #QatarGP but DNF for Ayumu Sasaki 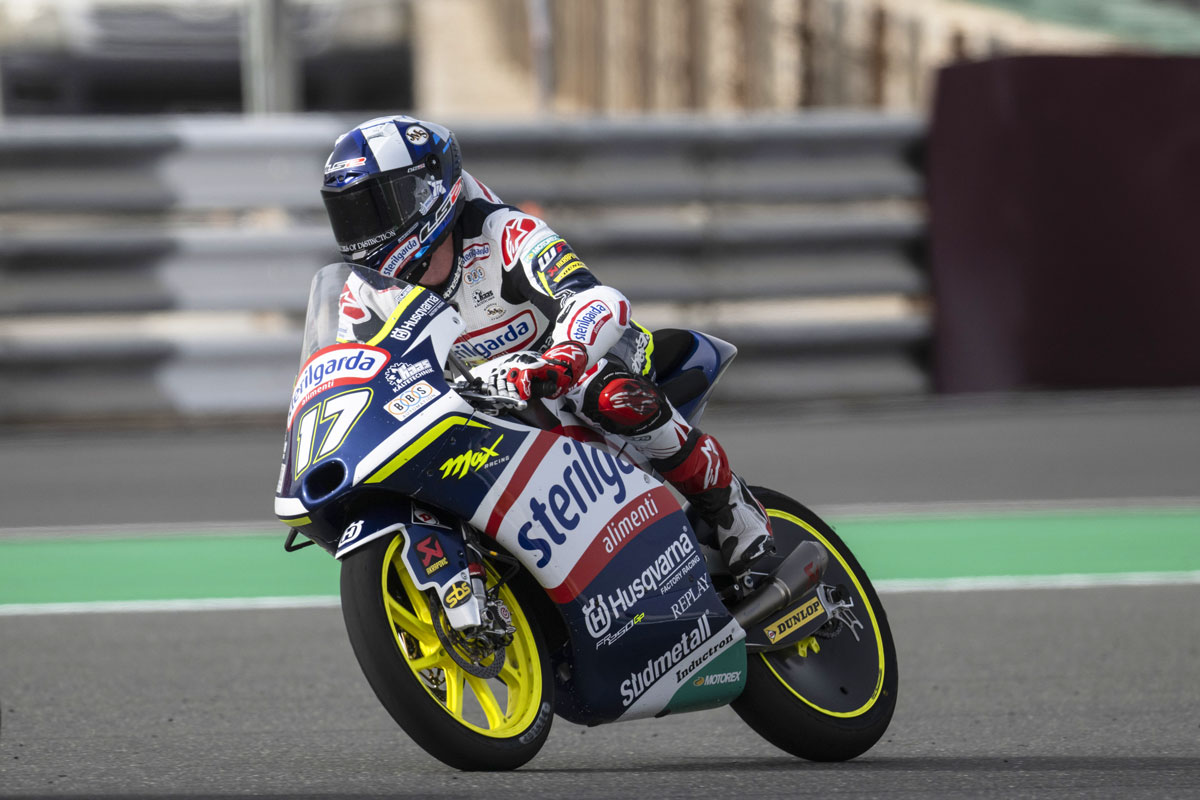 Due to a series of penalties inflicted on various grid drivers, Ayumu Sasaki started the Qatar GP from pole and John McPhee from fifth.

Ayumu started like a lightning and with fast race pace, tenth after tenth he accumulated a great advantage over the group of pursuers. In fact he crossed the finish line on lap 10 with about 3.5 seconds on the nearest pursuer. Unfortunately, during the eleventh lap, following a violent high side, the fairing on the left side was detached.

Because of this Ayumu began to lose ground and the group of pursuers reached him. Unfortunately driving with the bike in those conditions would not have been possible, so Ayumu had to retire. After all the misfortunes happened to our rider during the weekend, It is a pity a similar epilogue, and the bitterness in the mouth increases, taking into account the superiority displayed in the race.

John crossed the finish line with a good fifth place, being among the fastest on track. In fact his time of 2’05.623 turned out to be the second fastest time in the race. The rider made a race always in the leading group and only in the last laps he suffered a small gap from the top four. John closes a weekend in crescendo, especially considering that it is his first race after the change of brand.

JOHN MCPHEE :
“The fifth position is a really solid way to start the year. I did not know how my setup was going to be across the race distance, as it is my first race with Husqvarna bike. We managed to compose ourselves really well in the race and would have been perfect if i could attack just a little bit more, but I was feeling a little bit on the limit with our package at the moment. Overall I feel strong, we got good points for the championship and it was important to have these points to start the season in a good way. So a huge thank you to the team, because they work so hard all the weekend to help me adapt more to the Husqvarna bike and to try to understand the way to ride this bike. For now I am really happy, we have some more progress that we can make and this is good because we keep on trying to make better.”

AYUMU SASAKI :
“I am very disappointed. the team did a fantastic job and I did a great job, I felt good on the bike and I was enjoying all the moments until lap 9. The first ten laps went so quick, I was living the dream, because riding 1st in the gp is always a good feeling. I was steady, calm, but we had some issues with the bike, but that was no one’s fault. It was one unlucky thing that happened to us.This week maybe we had some bad luck because it happened already on friday, but that had also nothing to do with us and the team. I feel sorry for the team, as well for myself. We did a fantastic job I think. We can’t say it, but I think we were winning the race, so that’s a positive mindset, we have 20 races to go, and we