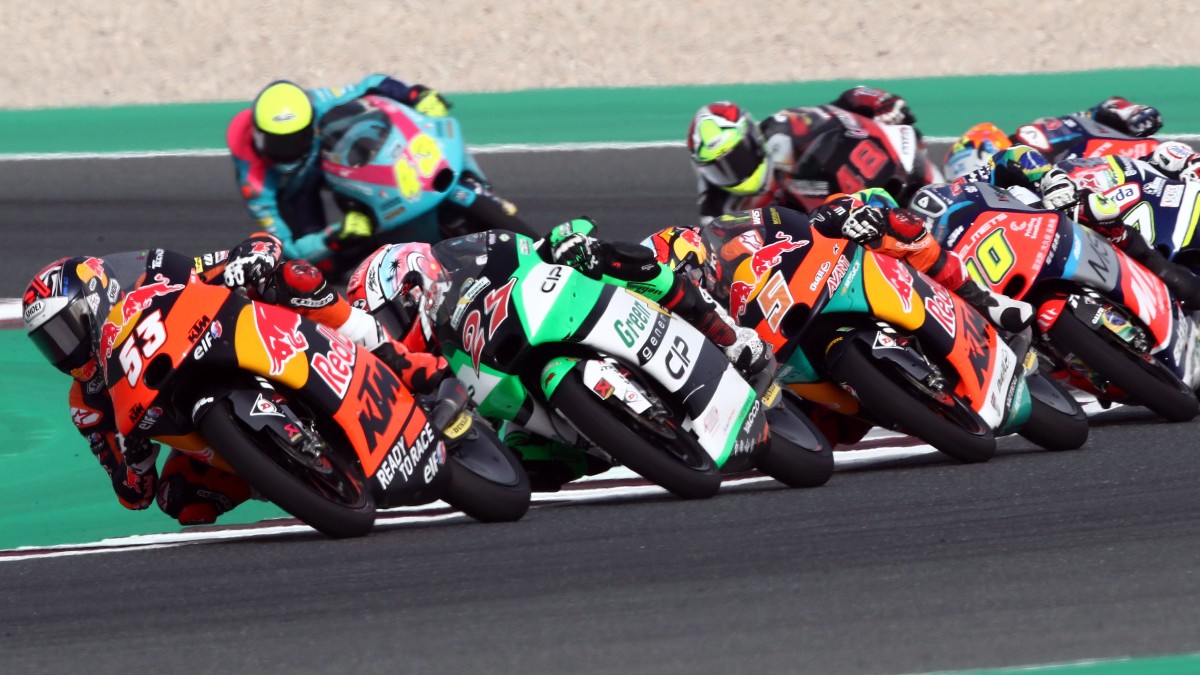 Under sunny Doha skies in Qatar, the Moto3 World Championship kicked off at 15:00 (GMT+3) today at the Losail International Circuit. The Red Bull KTM Tech3 team launched its 2022 campaign from the 3rd and 7th rows, with Turkish Deniz Oncu placed in P9 and Spaniard Adrian Fernandez in P20.

Starting his third year in the Moto3 World Championship, Deniz Oncu had a solid start and was able to find a place quickly within the leading group, a place he managed to maintain during most of the race today. With the clear objective to win a first Grand Prix this year, Deniz wanted to approach his race in a more thoughtful way than previous seasons, and it proved to be making wonders today as he was able to fight for the victory with the front four. During the last lap, he was not able to overtake Kaito Toba and finished the Grand Prix of Qatar in P4, a great result to kick off the 2022 season.

Despite a difficult and disappointing qualifying day yesterday, Adrian Fernandez made his team proud too today. Twentieth on the grid, he started the race very well and caught up on a few positions, close to the top ten. Adrian showed great potential and provided regularity during all 22 laps. For his first race with Red Bull KTM Tech3, he finished in the points with a fourteen position, a reward well deserved for his team and himself.

It was a great start for the team who will now be heading to the island of Lombok in Indonesia for the Pertamina Grand Prix of Indonesia, on March 20.

The opening round of the season here in Qatar comes to an end. On Friday and Saturday, I was struggling with my bike so we tried a lot of different set-ups. Eventually and fortunately, we managed to solve the issue for the race and I felt good on the bike.

I think that I had a clever race today. I did not attack too much and waited for my chances to come. In the last lap, my plan was to wait behind Kaito Toba and overtake him in the straight, but his bike was powerful so I came short and finished in P4. The podium did not come today because I should have tried to overtake earlier, but I am still happy with today’s result. Thank you to all my team, and we will continue the work in Indonesia.

Very positive day for us today. We started a bit far from the seventh row, but I managed to do a good race and I finished in P14 for my first race with the crew. I’m very happy with the bike and the job done by everyone here in Qatar. I would like to say a big thank you to the entire team and my family who have been supporting me here all weekend.