Positive #QatarGP for Fenati and Aldeguer, 15th and 16th respectively 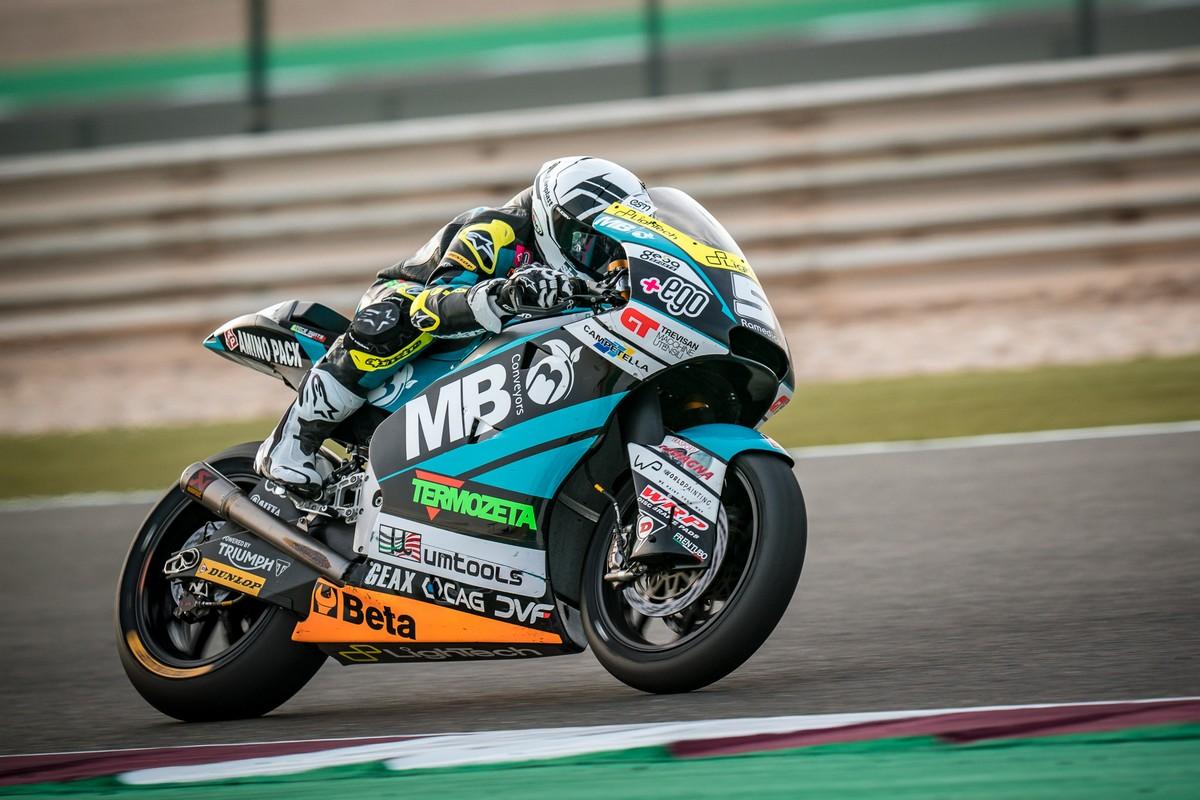 A positive weekend for the two MB Conveyors SpeedUp riders who finished the race at the Losail International Circuit in fifteenth and sixteenth position respectively.

A great comeback for Romano Fenati who, after the start of a tough weekend, managed to reach the target points set. The fifteenth place taken after starting from the 26th position on the starting grid is a really good result that shows the progress achieved by Romano up to now thanks to his work with the team and his experience in the race.

More complicated race for Aldeguer who had to avoid a contact with another rider at the first corner just after the start, finding himself in the last positions. The number 54 then started to make up positions, although the sensations on the track were not the same as during the weekend, and he crossed the line in 16th. However, a very positive result for the young Spaniard who showed competitiveness and determination at his first Grand Prix in Qatar.

I am very happy with the race. I was able to go fast and have a good pace despite the weekend not starting well. We didn’t give up, we worked and, in the end, we found the best solution for the race. Already in this morning’s warm up we had made a step forward, and then for the race we added some details that were fundamental. I am really happy with the work we did, and that I gave my best in the race. In Indonesia we will restart from the good work we did this weekend, there is still a lot of work to be done but we have found the point from which to start!

It wasn’t the race we were hoping for. I made a good start but then a rider got in my way in my first corner and I found myself in the last positions. From there I had to recover, but it wasn’t easy. Unfortunately, we made a mistake in choosing the tyre, and recovering was difficult. In any case, we have to take the positive from this weekend. In all conditions I was fast and therefore we are already thinking about the next race in Indonesia!