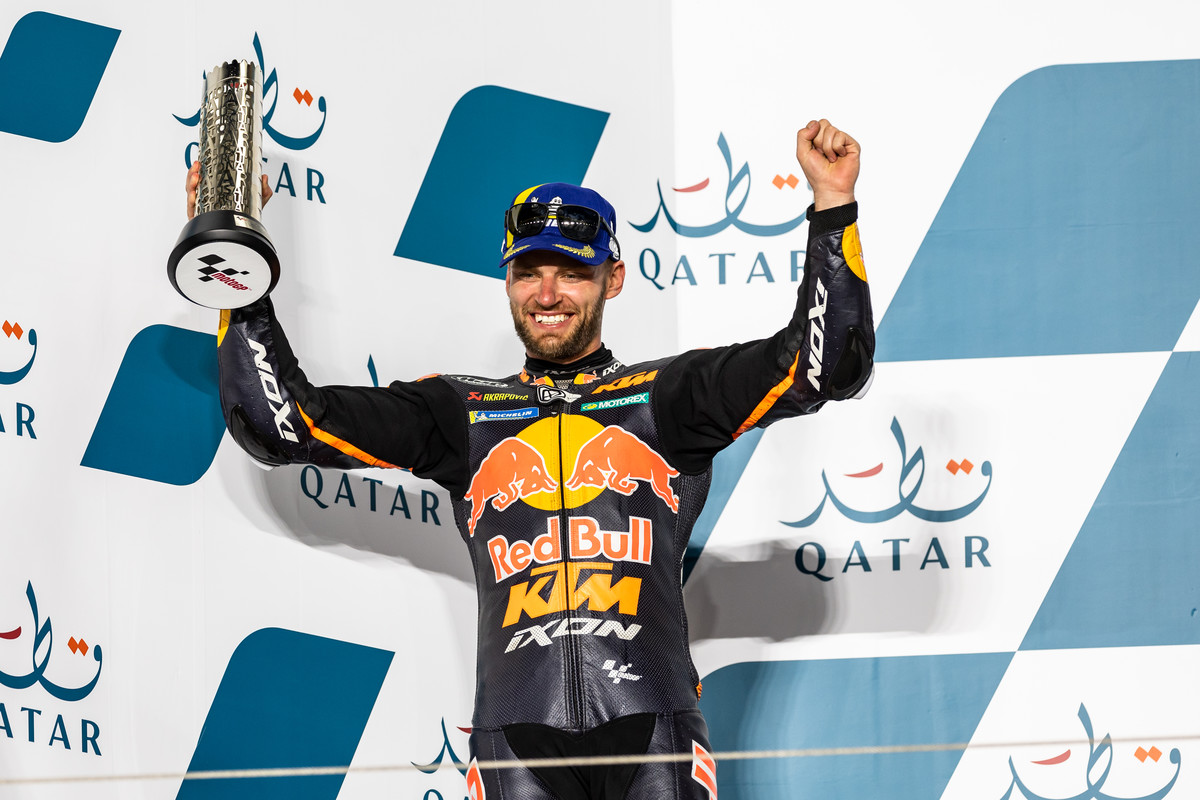 The Grand Prix of Qatar launched MotoGP for the 15th time in the last 16 years and Red Bull KTM Factory Racing’s Brad Binder rode to a superb 2nd position after 22 laps of the Lusail International Circuit on Sunday evening.

Binder made an electric start from the third row until the Lusail lights for the first race of 21 and the longest world championship season on record. The South African pushed his KTM RC16 into 3rd position in the formative laps and never budged from the leading quartet. He worked his way past Marc Marquez and then Pol Espargaro and was closing to the rear wheel of eventual winner Enea Bastianini by the checkered flag. Binder was just three tenths of a second from the Italian at the finish line.

The result represents KTM’s first trophy of the year, the second time in Brad’s career that he has finished on the podium at the opening race (the first was in 2016 and his Moto3 title year) and the third MotoGP top-three of his career.

Miguel Oliveira was fighting on the periphery of the top ten but the Portuguese fell entering Turn 1 after 11 laps. Tech3 KTM Factory Racing gave MotoGP debuts to 2021 Moto2 World Champion Remy Gardner and (Moto2 ’21 runner-up) Raul Fernandez and the duo had completed an intensive pre-season testing phase. Gardner passed the flag in 15th for the final world championship point – and his first in the premier class – and Fernandez completed the race in 18th.

MotoGP moves to the new Mandalika Circuit in Lombok for the Pertamina Grand Prix of Indonesia on March 20th.

Brad Binder:
“Incredible. If you told me we’d be 2nd in Qatar after the first test I wouldn’t have believed you. Today was a great day, it was a great weekend. I knew we had a good level but I had so much confidence and belief in the bike from beginning to end. We made such a huge step. For us to be on the podium in Qatar is insane. Now we’re looking for more!”

#QatarGP
Get All Our Latest News Sent Direct To Your Inbox
Join 25,263 other subscribers.
Follow on Social Media
Get the VROOM Podcast