Valuable learning experience for Holgado with 16th at #QatarGP, DNF for Masia 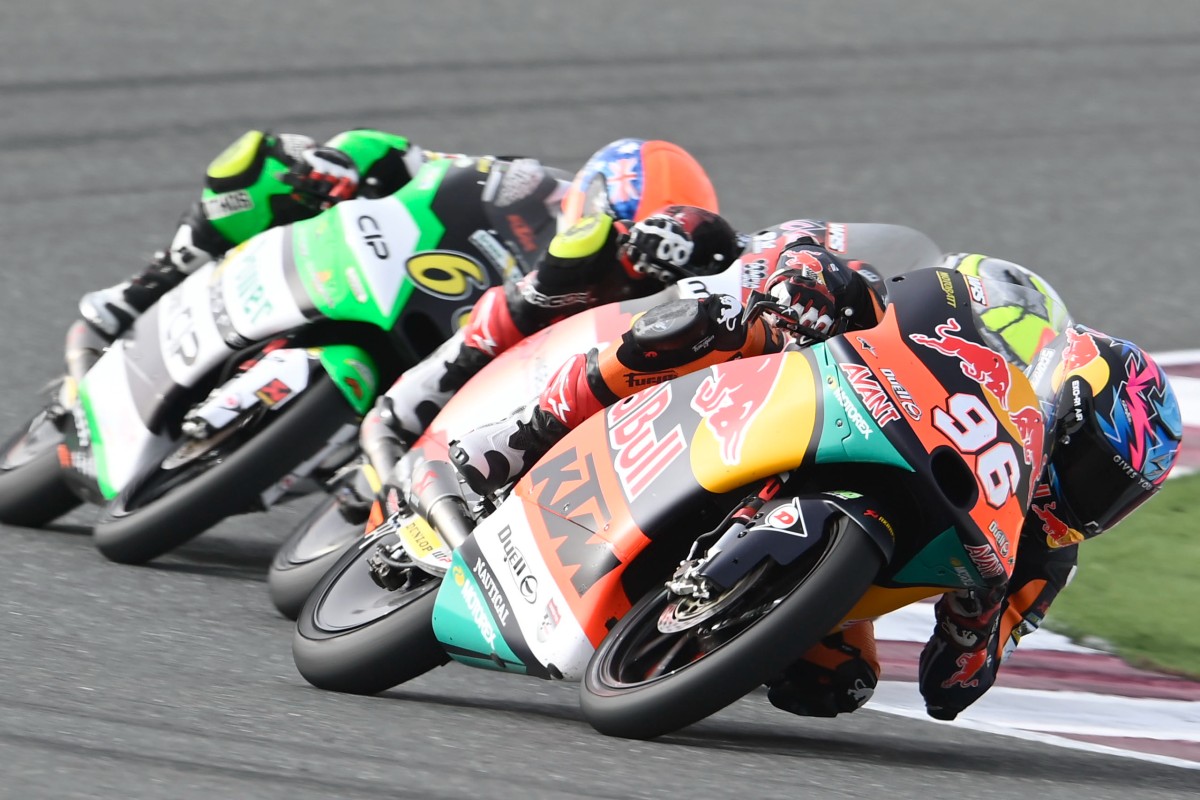 The Lusail International Circuit hosted the first race of the 2022 Moto3 World Championship season this Sunday, as the Qatar Grand Prix got the campaign underway. Dani Holgado enjoyed a solid performance in the contest, but a penalty picked up on the final lap for exceeding the track limits prevented him from scoring points, relegating him to 16th place. Jaume Masia was riding in the podium positions when, on Lap 10, he was knocked down by another competitor and was forced to retire.

Masia started the Qatar Grand Prix in second, benefiting from penalties imposed on several Moto3 riders. The Spaniard maintained his position on the starting grid through the first corner, joining up with the leading group. With the race leader escaping, the chasing pack engaged in a constant exchange of overtaking moves, with the intelligent Masia always within the Top 5. Unfortunately, the Red Bull KTM Ajo Moto3 talent crashed out at Turn 12 of Lap 10 after contact with another competitor.

From the fourth row, Holgado gained several positions when the lights went out. The Red Bull KTM Ajo Moto3 rookie dropped places on the opening lap, but slotted into the second group. Fending off a series of overtaking attempts, the Spaniard eventually placed 15th, although he would be awarded 16th due to his having exceeded the track limits on the final lap.

The Red Bull KTM Ajo Moto3 duo will now enjoy a week off before heading to the second round of the season, the Indonesian Grand Prix, which takes place from March 18-20th.

It was quite a tough race for me, especially because it was so long. I will take away the fact that at the beginning I had a good pace, and I was fast. I’m happy because I have improved in terms of my feeling, but at the end of the contest we had some issues because I still have some discomfort from the injury I recently suffered. We will continue working to take steps forward in Indonesia. I want to thank the team and my family for their support.

It was a shame how the race ended for us, because we were controlling our position within the group quite well. We were comfortable fighting in the pack, and we were preparing for the end of the contest. Unfortunately, these things happen during races, but we will try to shake off this bittersweet taste at the upcoming Grands Prix.

#QatarGP
Get All Our Latest News Sent Direct To Your Inbox
Join 30,253 other subscribers.
Follow on Social Media
Get the VROOM Podcast