First pre-season MotoE testing draws to a close at Jerez 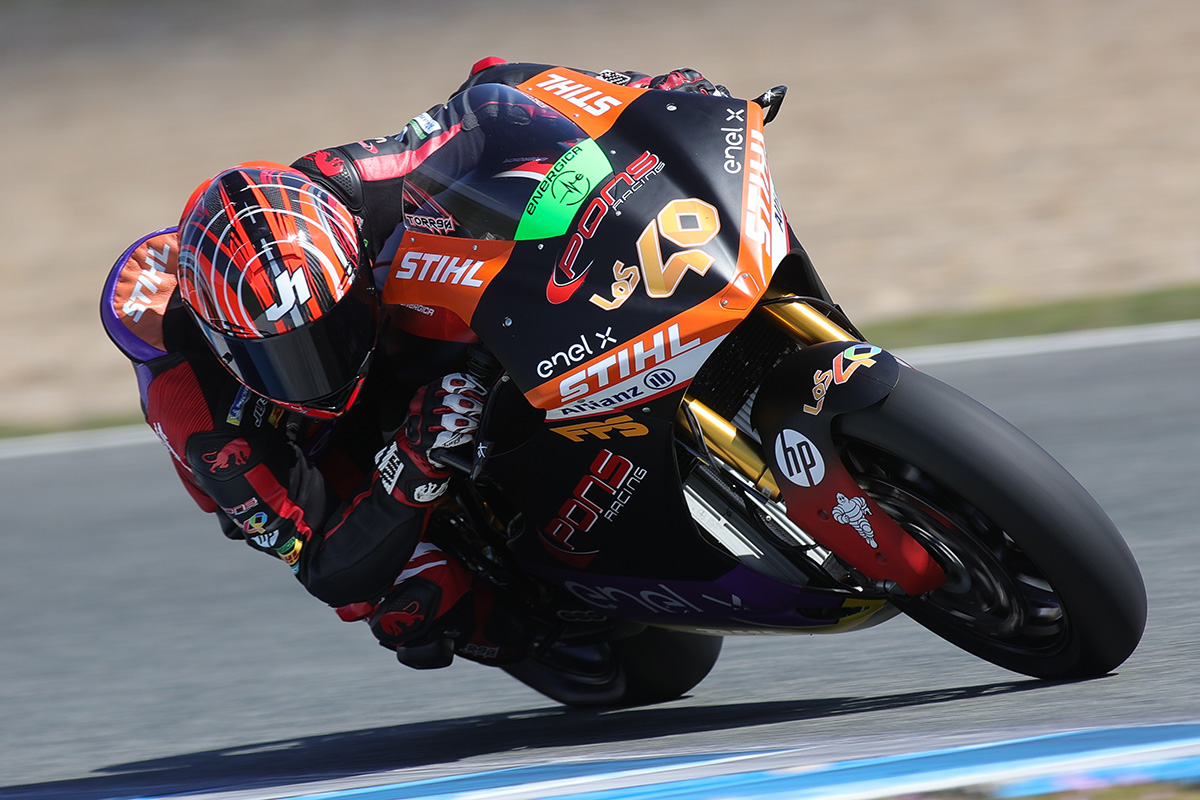 The first pre-season test for the 2022 FIM Enel MotoE™ World Cup has now concluded at the Circuito de Jerez-Angel Nieto, and it’s Dominique Aegerter (Dynavolt Intact GP MotoE™) on top of the combined timesheets – with double Cup winner Jordi Torres (Pons Racing 40) hot on his heels after going fastest on Day 3. The three days of action in Andalucia have seen the field test out the new Energica Ego Corsa, with an updated motor and inverter making for a lighter machine, as well as use the track time to settle in, get back in the MotoE™ groove and, for some, prepare for an assault on the crown in 2022.

That’s surely the aim of 2021 key competitor Aegerter after the Swiss rider lost out on the Cup last season following some drama in the final race, and his 1:48.634 from Day 1 remains the fastest of the test overall to send a warning shot to the field. Torres’ 1:48.878 set in Session 3 on Day 3 is the second best of the test, with Eric Granado (LCR E-Team) slotting into third overall thanks to a previous time. The Brazilian was sidelined from Day 3 after a crash in the second session on Tuesday.

Behind Torres on Wednesday, his new teammate Mattia Casadei slots into second with a 1:49.060, the Italian denying Aegerter by just 0.002. A couple of tenths further back saw Niccolo Canepa (WithU GRT RNF MotoE™ Team) take P4 on Day 3, the Italian settling back in and having already impressed in mixed conditions to top the timesheets on Day 2. 2019 Cup winner Matteo Ferrari (Felo Gresini MotoE™) was a further two tenths in arrears as he completed the top five.

Xavi Fores (Octo Pramac MotoE) took sixth on Wednesday as the Spaniard starts a new adventure in MotoE™ and adds another competition to his already decorated CV, with Xavier Cardelus (Avintia Esponsorama Racing) just hundredths in arrears. Hector Garzo (Tech 3 E-Racing) and Bradley Smith (WithU GRT RNF MotoE™ Team) were eighth and ninth, respectively, and likewise split by hundredths as they return to the Cup. Kevin Zannoni completed the top ten as he settles in at Ongetta SIC58 Squadra Corse.

Smith, Casadei and Fores all crashed on Day 3, riders ok, and Okubo also took a tumble. The Japanese rider injured his finger, had minor surgery and will now require a couple of weeks of recovery.

jerez, testing
Get All Our Latest News Sent Direct To Your Inbox
Join 30,242 other subscribers.
Follow on Social Media
Get the VROOM Podcast