4th for Binder after first ever MotoGP™ Qualification at Mandalika 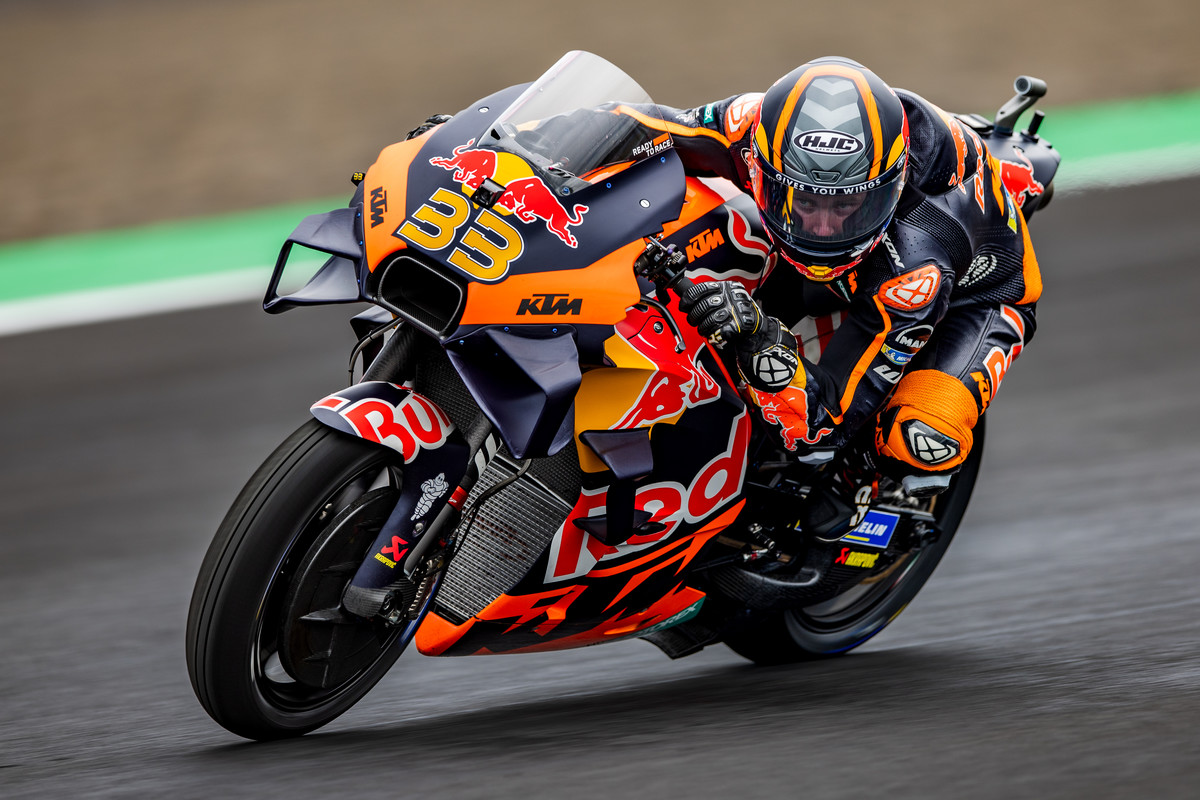 Red Bull KTM’s Brad Binder extended his fast speed through Free Practice and straight into Q2 for the second round of 2022 MotoGP. The South African will start the Pertamina Grand Prix of Indonesia from the peak of the second row of the grid on Sunday with 4th position representing his best slot in MotoGP so far. Miguel Oliveira gave the Red Bull KTM crew two riders in the top seven.

MotoGP teams reformed at the Pertamina Mandalika International Circuit for the first Indonesian fixture Grand Prix for a quarter of a century. The premier class was able to count on the recent three-day pre-season test for some familiarity with the brand-new facility but a re-laid surface, further upgrades and a stiflingly hot and unstable climate meant that preparation work for the 27-lap race on Sunday was complicated.

With track temperatures reaching 60 degrees and traction at a premium, Red Bull KTM duo Miguel Oliveira and Brad Binder were able to find decent competitiveness through Friday Free Practice and held Q2 slots heading into Saturday. The sessions building up to qualification were tricky after rainfall had soaked the track and FP4 was also red-flagged to clean spilt oil from a section of the layout.

Oliveira, on the verge of starting his 50th Grand Prix in the MotoGP division, remained routed in the top ten and his 7th place was a significant improvement from his efforts in Qatar two weeks previously. On the Portuguese is on the third row. Binder scorched into the top four with his last flying attempt and for a new personal best; he had previously recorded a 6th in Mugello last summer and at Misano in 2019.

Tech3 KTM Factory Racing’s Remy Gardner took his KTM RC16 into the top ten quickest lap-times during Friday as the current Moto2 World Champion continued his adjustment phase to the bike and the class. He negotiated Saturday with a slick track that caught out many more experienced riders and finished Q1 with P22 on the grid. Teammate Raul Fernandez pushed hard and was just hundredths of a second faster. The Spaniard will begin from 21st.

The second Grand Prix race of 21 this season begins at 08.00 CET on Sunday.

Brad Binder:
“Today was a bit of a day tough for us all. The track conditions changed quite a lot from yesterday and the test. We had mixed conditions this morning but I wasn’t too stressed about it. In FP4 we went out to get a feel for what was going on. Overall, I’m feeling good for the race and confident. We need to be clever in warm-up an get everything ready. It’s going to be a good race. It’s very hot but I feel fast on the bike and I’m not pushing it too much. If we can make the tires last then we should be in decent shape.”

Miguel Oliveira:
“It was a good step getting into Q2 yesterday and then making a good lap. The third row is the limit for having a decent race tomorrow so we’ll hope for a solid start and to survive. My goal is to be consistent and finish the race. If we do this then I think we have a chance at a good result. I’m curious how the race will go because not many people have experience with long runs but we’ve worked well so far.”

Raul Fernandez:
“We were fast in Free Practice 3 this morning in difficult track conditions and this is very important for us. This afternoon in qualifying when we had to do a lap-time, we struggled somehow. We really need to focus and improve qualifying in order to get better positions on the grid. Tomorrow will be another day. We have a good race pace here, which makes me feel positive about race day.”

Remy Gardner:
“We had a tough qualifying session today. I managed to do a good lap time during the first run but during the second run everyone was waiting for each other in first gear, so I decided to take the lead of the group in order to try to do a good lap. I pushed a lot, improved my first sector but unfortunately I did not manage to produce a good enough lap-time overall. I think that we were all expecting a bit more, but we did not manage to get where we wanted. I have a good race pace here anyway as I did something close to a race simulation here back in February during the preseason, so I am looking forward to the race on Sunday.