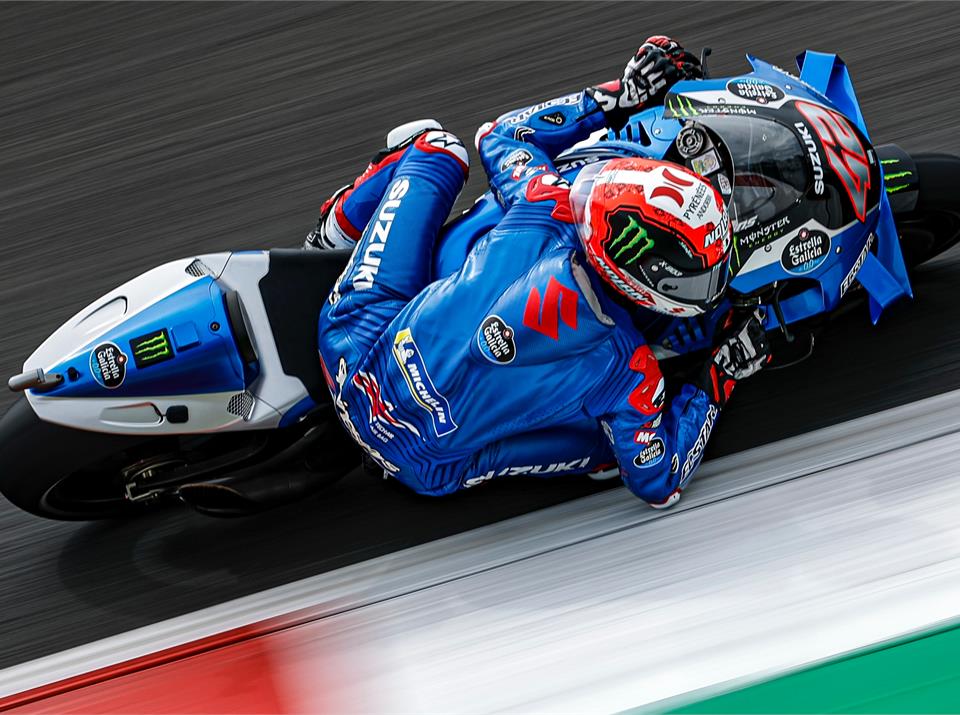 The second day of action at the Pertamina Mandalika circuit proved challenging for Team Suzuki Ecstar as Alex Rins and Joan Mir struggled to find feeling and pace on the new track.

FP3 started out wet as monsoon-like rain swept over the island of Lombok, but it dried to just a few damp patches later in the session. However, the pace was low for everyone, with riders unwilling to take risks in the tricky conditions, and nobody improved.

Just seven minutes into the afternoon’s FP4 session, Rins suffered a mechanical issue which caused his number one bike to drop oil and catch fire. Rins was quick to jump off his GSX-RR and thankfully no harm was done to him. The team were quick to discover the fault, which was not an engine failure but a small issue with the oil line. When the session restarted following a red flag and clean up, Rins was keen to get going again and he put in some good laps on his second bike. Meanwhile, Mir was still unable to find a good feeling.

Q1 was an incredibly tense session with several top riders battling it out for the top two spots, and quite a few crashes in the final moments. Mir, fighting to make his way to final qualifying, lost his first flying lap. Then, just as he was getting up to speed after his second exit, he suffered a minor crash. The Mallorcan will start 18th on the grid tomorrow.

Rins’ Q2 session was not without drama either when he lost a lap due to a yellow flag, and also had a run-off. Despite showing some good early pace, he slipped down the order and will start the Indonesian GP from eighth.

“The qualifying day wasn’t easy. My physical condition has improved since yesterday, I have more strength and I feel better but my stomach isn’t very good today. Despite everything, we’re in eighth position, which isn’t too bad, but the tyre choice will be difficult tomorrow and this is a very hard track for overtaking. We lost time in FP4 today when I had a bike issue, which the team have already identified. It was a scary moment and I thought about the safety of everyone, and also my own safety, I took the bike to the side of the track and jumped off rapidly. In the end everything was fine and I’m very glad.”

“It was a really hard day for us, we weren’t able to find good settings and I didn’t feel comfortable on the bike or with the new tyres. I was riding on the limit, having a lot of moments, and it wasn’t paying off in the times. This is not how I want to ride; we’re struggling at the moment, but we’ll continue to try everything to improve. We are very determined to fix the issues, so we’ll work tonight, and I have every confidence in my team because I know they’ll do everything they can to help me. We need to improve, because otherwise it will be very tough to get through tomorrow’s race.”