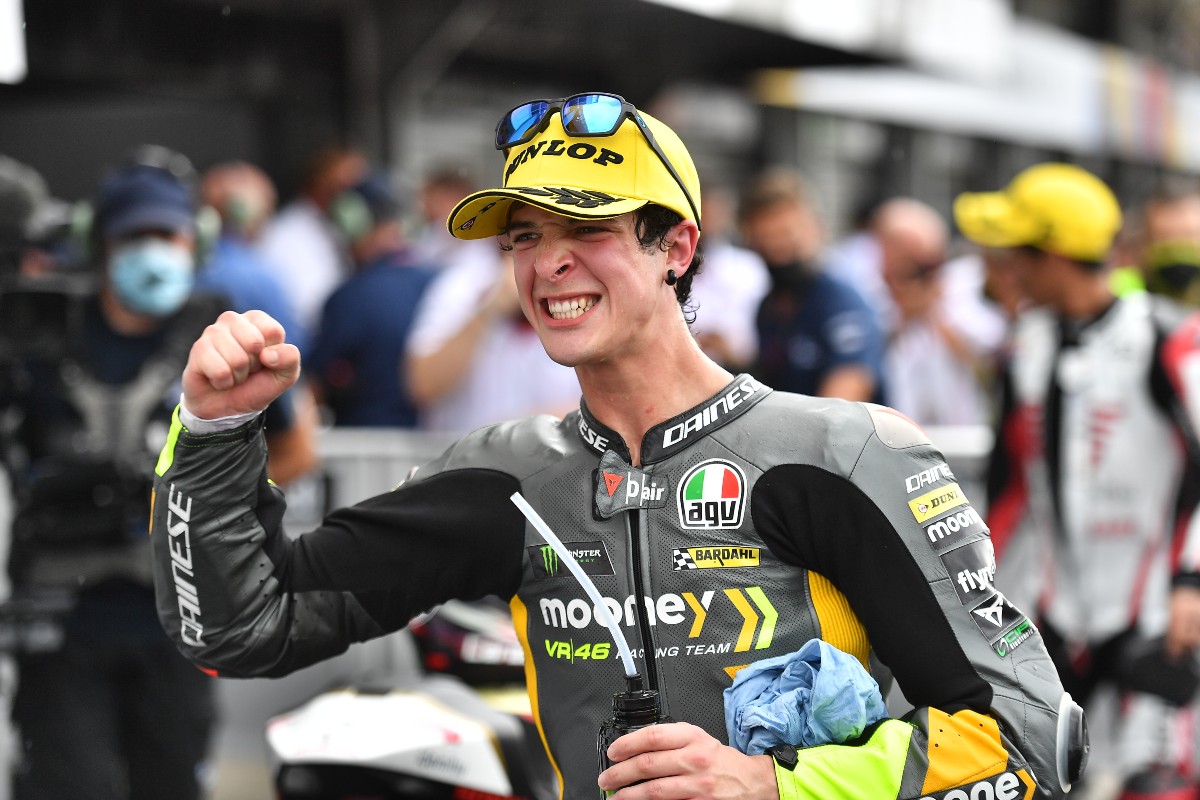 Celestino Vietti hits the second podium of the season at the Indonesian GP in Mandalika. The rider of the Mooney VR46 Racing Team crossed the finishing line in second place and confirmed P1 in the general standings (45 points).

Very fast from the free practices and starting from the seventh position of the grid, Celestino immediately was in the group of the very first guys thanks to a series of overtaking in a fast-paced race reduced to just 16 laps due to the asphalt conditions. In second place after seven laps, he closes with a series of laps with a really constant pace.

Second race and steps forward also for Niccolò Antonelli who started from P28. After a complicated start due to the first drops of water that began to fall on the track, he regained confidence with his Kalex and he was 25th under the checkered flag.

For both, next appointment scheduled in two weeks at Termas de Rio Hondo for the Argentina GP.

Second important race for me and the whole team and second podium in a row. After the win in Qatar, we knew it would be difficult to stay at the same level. I’m happy because this could have been one of those GPs that were complicated due to the temperature, the tyres and the tarmac. We approached the track in the best possible way, especially the tyre management, we arrived here well prepared and the team did a great job.

Honestly, I’m a little angry with myself because I could have done better. The pace was not bad, but the first laps I was hit by many little stones and with the smell of rain in my helmet, I was 100% convinced it was water. So I started really slowly, the first laps the pace was not the best. A shame, we are not very fast at the moment, so it is essential to always give my best and today my maximum was perhaps something more.

#IndonesianGP
Get All Our Latest News Sent Direct To Your Inbox
Join 25,265 other subscribers.
Follow on Social Media
Get the VROOM Podcast