Fantastic 7th for Aldeguer at Mandalika Circuit, 19th for Fenati 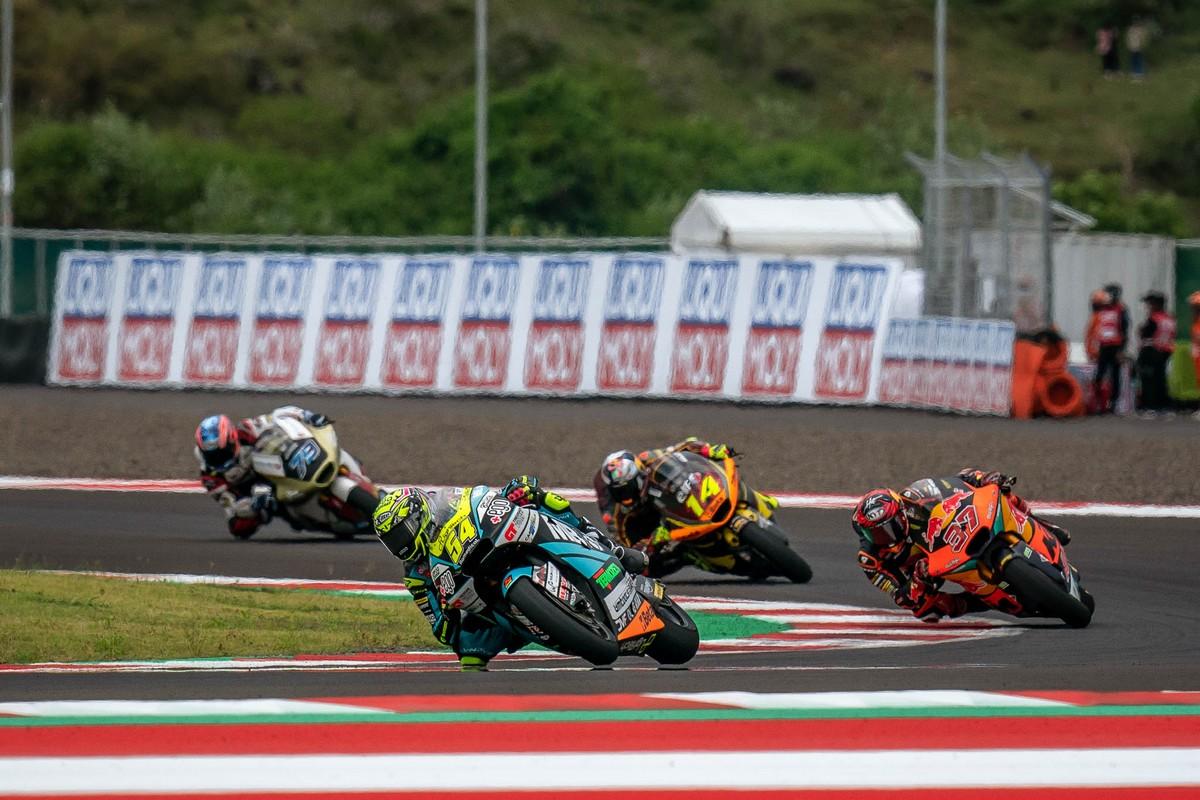 The first time at the Mandalika Interntional Street Circuit is never forgotten! Fermin Aldeguer to the applause of the team finished in seventh place, while Fenati closed the weekend in 19th with some difficulties.

Teams and riders knew, from the starting grid, the decision of the race commission to reduce the number of laps due to the track conditions, 16 instead of 25.

Starting well from the twelfth position, Aldeguer immediately showed that he had a good feeling with his Boscoscuro bike by pressing one overtaking after the other until he fought for fifth position, which vanished after the battle with more experienced riders like Augusto Fernandez. The MB Conveyors SpeedUp rider started and finished the Grand Prix of Indonesia in constant growth, earning the top seven with flying colors.

Some difficulties on the other side of the garage for Romano and his team in the Indonesian weekend race. From sixteenth place on the grid, Fenati got off to a good start but a contact while he was in the midst of a large group of riders made him lose several positions, 20th at the end of the first lap. From that moment on, Romano tried to make as few mistakes as possible, giving the maximum although the lack of feeling, finishing the race in 19th.

A result that we deserve after a great weekend, I am really very happy. To tell the truth, the bike had great potential today and I was able to overtake many riders right from the start. In general, I felt very strong all weekend. Now we are certainly more aware of what we can do with the aim of continuing to grow as we did in this GP. I thank the team because they listened to me and helped me these days. This is only the beginning of what is to come!!

Difficult race, unfortunately over the weekend we were unable to take that step forward that we needed to improve the pace and be faster. We started well, but then in the traffic of the first lap we lost too many positions and it was difficult to recover. I expected more from this weekend, but we are still getting to know the bike well so eyes on the next grand prix, the Argentina one, on a circuit that I really like and where we will do our best!