Podium for Canet with 3rd in #IndonesianGP, 13th for Navarro 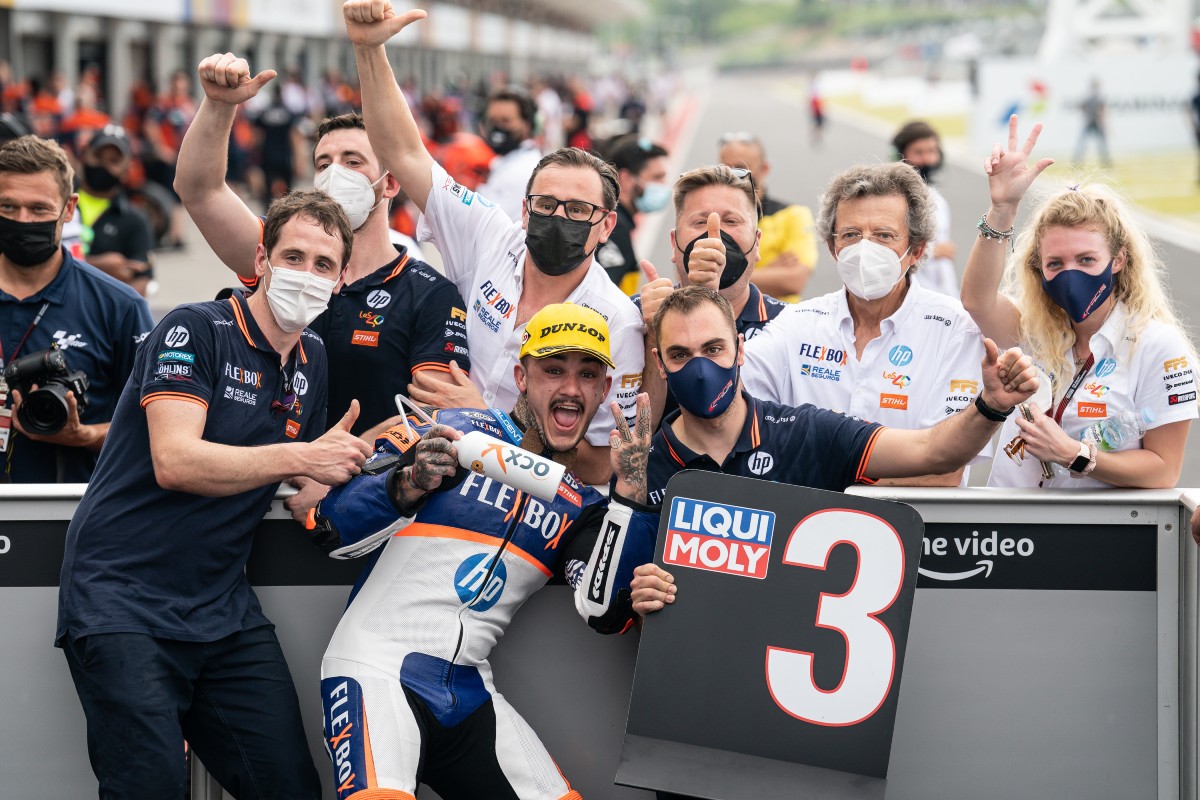 A new podium for Arón Canet in the second race of the season on this Sunday of racing at the Mandalika circuit.

After starting from the thirteenth position, Canet was clear that the objective was to reach the leading group and try to be in the top 5, and not only has he achieved it but he has completed the comeback by achieving an excellent third position, after having been riding in second place and close to victory. With this new podium, Canet adds sixteen more points to his locker and is second in the world championship, with 36 points.

More complicated race for his teammate, Jorge Navarro. From eighteenth position, Navarro encountered several problems with his bike in the early stages that prevented him from being able to attack. As the race progressed, the FlexBox HP 40 rider climbed up positions until he reached the points zone and crossed the finish line in thirteenth position, scoring points that could be important at the end of the season.

Objective of the race fulfilled, which was to come back and finish in the top 5, and we also got the podium. We were little close of winning but I am very happy with the result. We are still at the head of the race and now I want to continue in this line in Argentina, a circuit that we haven’t been to for a long time and it will be new for me with the Moto2.

Today was a difficult race. From the start I felt that it was very difficult for me to overtake, I couldn’t stop the bike and that is crucial in the first few laps, since I lost the front group. Once the race stabilized I was able to gain several positions but it was too late. We have also learned a lot from this race and I hope to put it into practice in Argentina to take that step forward that we need.

#IndonesianGP
Get All Our Latest News Sent Direct To Your Inbox
Join 25,262 other subscribers.
Follow on Social Media
Get the VROOM Podcast