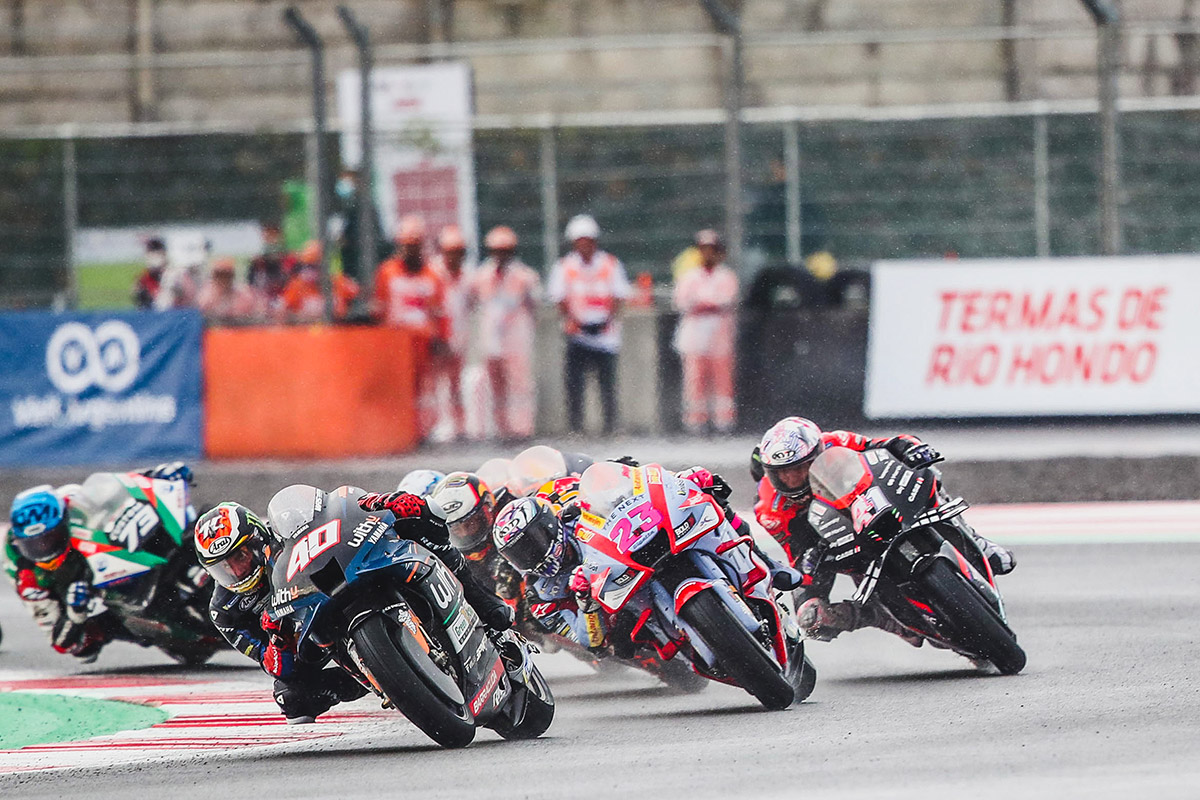 MotoGP’s comeback to Indonesia couldn’t be any more exciting. After the lap distance of the race was already reduced from 27 to 20 laps due to asphalt conditions, rain hit the Lombok island just before the start, which resulted in a delay of the race start to 16:15 in full wet conditions.

WithU Yamaha RNF MotoGP Team’s Darryn Binder started the race from P23 on the grid and made up one position already on the first lap. With each kilometer under his belt, he gained confidence in his first ever wet race aboard his Yamaha YZR-M1 and passed one competitor after another.

On lap six, he was already inside the points scoring positions and made up further ground until he was fighting inside a big group against his brother Brad Binder and Qatar GP race winner Enea Bastianini amongst others for P8. He delivered some intense and thrilling battles and eventually crossed the finish line in tenth, collecting his first six points in the premier class and the rookie crown.

On the other hand, Andrea Dovizioso had a decent feeling on the wet track. Launching off from P17 on the grid, he made up four positions on lap one. One lap later, he found himself already in 11th, but from then started to fight with electronical issues of his bike, until it switched off completely on lap six, which forced him to finish the Indonesian Grand Prix prematurely.

Following the debut at the Mandalika Circuit, the next stop for the WithU Yamaha RNF MotoGP Team and the entire championship will be on the other side of the globe, as after the absence the last two years, the MotoGP returns to Termas de Rio Hondo in Argentina in less than two weeks’ time.

“It was an interesting race for sure! When it started raining before the race, I was quite excited to get a rain race under my belt, because it was a learning experience and you know that it’s going to come at some point. Already from the out lap to the grid I was impressed by the amount of grip that the wet tyres had. I started off the race, lap by lap, going a bit harder and faster. I was really impressed by the grip and the feeling I had with the wet tyre. I kept pushing and pushing and then I started making a couple of passes and before I knew it, I was in the points and catching the guys in front of me. Later I got past my brother, which was super cool. Towards the end of the race, once I got to the front of that group, I was struggling a bit with the rear tyre and I wasn’t able to push as much as I did in the beginning. Then it came down to the battle and in the end, I just tried to fight the other guys off. My brother got the better of me and I then fought with Aleix (Espargaro). Overall, it was a really good experience in the rain and I’m really happy with how things went. I felt I gave it a good shot and I’m very pleased with my result.”

“I’m disappointed because from the moment I switched on the bike, the dashboard was not working. I couldn’t see or hear anything or use the launch control. Still, I was just riding, pretty far in the back and I was gaining some position. I felt quite good with the handling and grip of the bike, although I was struggling with the left grip on the handle bar from the first lap, as it was turning around and therefore, I couldn’t use my right arm in the normal way. Overall, if I was in a better position on the grid and in a normal race, I could have done better, and Fabio (Quartararo) proved that. It’s not a race that I want but these kinds of issues do happen sometimes.”