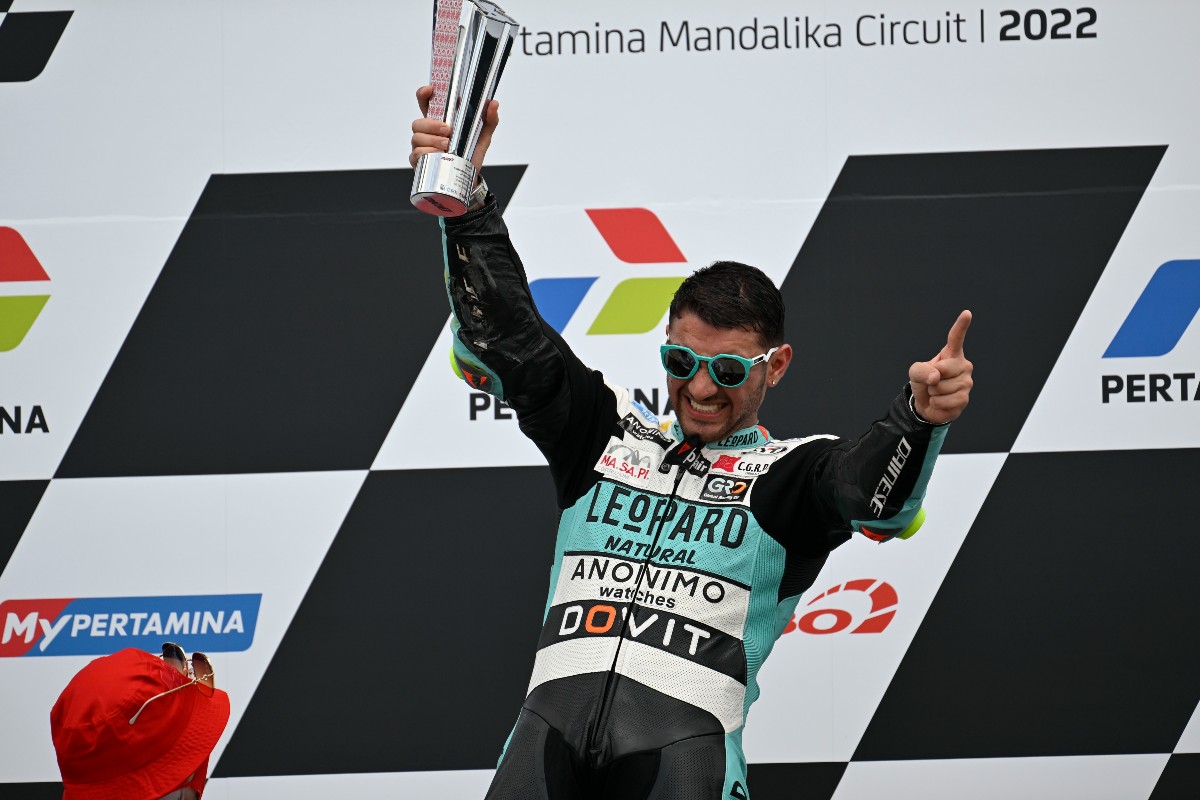 Le0pard rider Dennis Foggia has won at the Mandalika Circuit after commanding most of the race and imposing a tremendous pace. What a Sunday in Indonesia!

Dennis Foggia, starting from the sixth spot of the grid, has proclaimed himself as the winner of the Moto3 race in Indonesia after opening a 5 seconds gap against rivals and imposing his pace throughout the whole race. The #7 has been determined, precise and has managed the 23 laps in a very clever way that has led him to the first step of the podium.

On the other side of the box, teammate Tatsuki Suzuki, who started from the 20th spot of the grid, has ended up 10th; which is a very decent result after the previous struggles in Qatar.

Right now, Dennis Foggia leads the General Standings after having gathered 34 points, Tatsuki occupies the 15th spot (6 points) and the Le0pard Racing is the 2nd on team’s standings (40 points).

Now it’s time to go home and to start thinking about the next race, in two-weeks’ time in Argentina!

I’m very happy after today’s win, it was our goal and we wanted to achieve it. The bike was perfect and I could do a really nice race. Many thanks to my team, to my family, to my sponsors and to everybody supporting me.

After Qatar, finishing the race in a good position was very important and despite we wanted to do better, ending up 10th it’s important as every point counts on the Championship. We’ll keep trying, many thanks to the team!