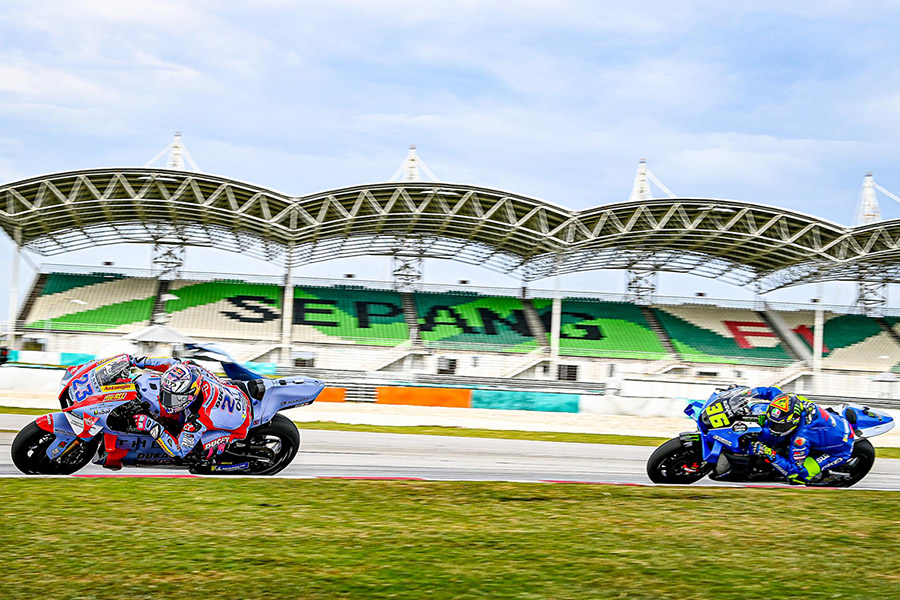 Dorna Sports has confirmed that Sepang International Circuit will remain on the FIM MotoGP™ World Championship calendar until at least 2024, with all parties already in discussion to extend the agreement until 2026.

Dorna Sports also announced a new partnership with PETRONAS that will see the progressive Malaysian energy company become the title sponsor. Starting from 2022, the event will be officially named the PETRONAS Grand Prix of Malaysia, ensuring the brand will have a key presence in the world championship. For PETRONAS, whose Fluid Technology Solutions™ is proven within the global motorsports arena, the title sponsorship is a scale up from its existing partnership with Dorna Sports as the Official Fuel Supplier to the Moto2™ and Moto3™ grid.

On the calendar since 1999, Sepang is a fan and rider favourite just outside Malaysian metropolis Kuala Lumpur, set against the backdrop of one of the most spectacular cities in Asia. Sepang International Circuit is spectacular too, with two long straights, a combination of contrasting corners and a stunning main grandstand complex, the silhouette of which has become iconic over the more than 20 motorcycle Grands Prix staged at the venue.

This new agreement between Sepang International Circuit and Dorna Sports confirms the future of a Grand Prix in one of the sport’s biggest and most passionate markets, and at one of its most-loved venues.

Azhan Shafriman Hanif, CEO of Sepang International Circuit:
“I am pleased to inform that we have concluded my first negotiation on the contract extension with Dorna Sports as the Chief Executive Officer of Sepang International Circuit and I would like to extend my gratitude to those who have made this possible. With record breaking crowds year on year, we look forward to welcoming the fans back to Sepang after a two-year break due to the pandemic. In line with our #WelcomeHome theme, this year is about the revival of international motorsports with more unique offerings to the fans.”

Datin Anita Azrina Abdul Aziz, Senior General Manager Group Strategic Communications PETRONAS:
“PETRONAS is extremely honoured to be the title sponsor of the Grand Prix of Malaysia, largely considered a key sporting event in Malaysia and Asia. The title sponsorship offers a unique opportunity for PETRONAS to connect with the sport’s massive fanbase and showcase our brand and products. More importantly, through this strategic partnership with Dorna Sports, we hope to help re-energise Malaysia’s sports tourism for the benefit of Malaysians and visitors as the world collectively rebounds from the pandemic.”

Carmelo Ezpeleta, CEO of Dorna Sports:
“We’re very happy to confirm that the Grand Prix of Malaysia will remain on the calendar until at least 2024. Malaysia is a vital market for MotoGP™ and it is a pleasure to race at Sepang and witness the incredible passion of the fans who fill the grandstands. After proving able to return to Malaysia for pre-season testing this year, we couldn’t be more eager to come back and race. We all look forward to the Grand Prix of Malaysia and seeing our Malaysian fans for many more seasons. We’re also very proud to enter into this partnership with PETRONAS, a brand that is synonymous with excellence and success, and a fantastic ambassador for Malaysia on the world stage. There can be no better headline act as a title sponsor for the Grand Prix of Malaysia than one of the most emblematic names in motorsports. We look forward to seeing this iconic brand take top billing at the event.”

#MalaysianGP, sepang
Get All Our Latest News Sent Direct To Your Inbox
Join 30,253 other subscribers.
Follow on Social Media
Get the VROOM Podcast