13th on the grid for Enea Bastianini after unusual Saturday at #ArgentinaGP, Di Giannantonio 20th 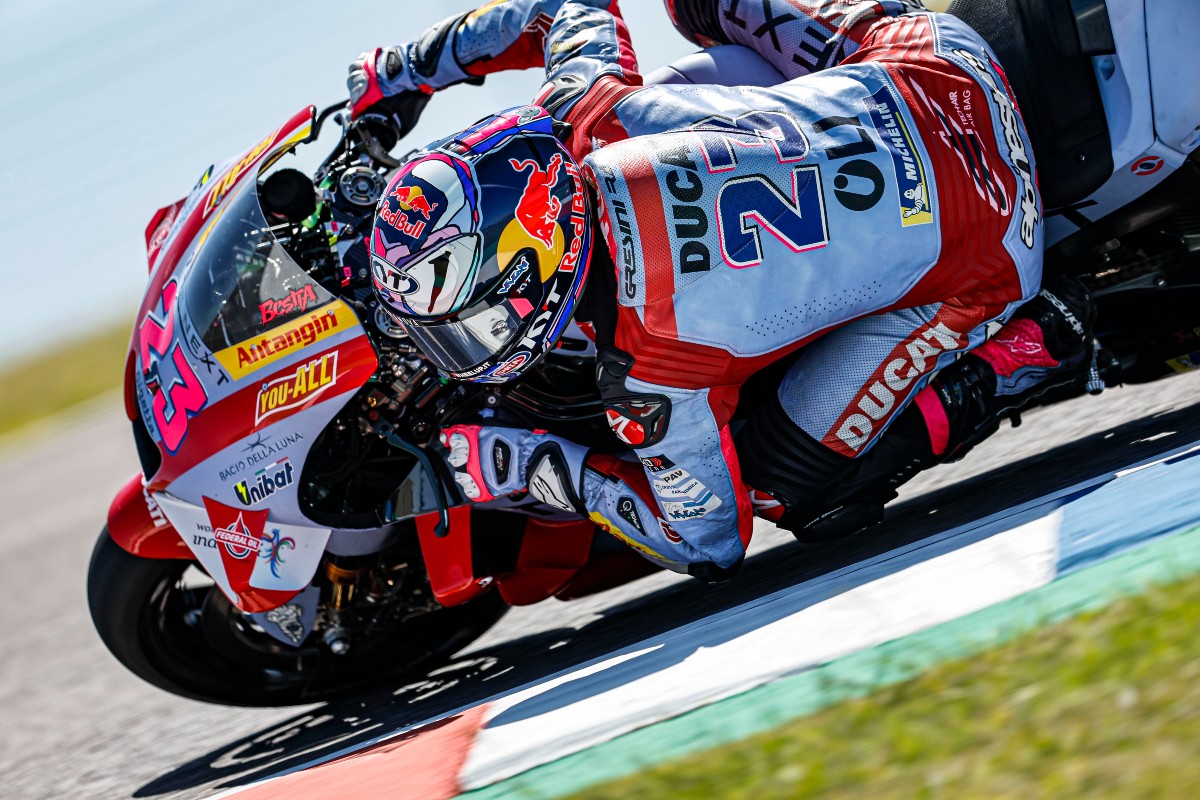 The Argentine racing weekend has finally begun with an unusual Saturday, in which were squeezed both free practice sessions and qualifying. All the crates of Team Gresini only arrived during the night, which required an incredible amount of effort for mechanics and team staff who worked tirelessly from 4am in the morning until the end of the day.

Qualifying was not kind to Enea Bastianini and Fabio Di Giannantonio, even though the former – who currently leads the championship standings – was only 22 thousandths of a second away from getting into Q2 and will therefore start tomorrow’s race from thirteenth place.

Di Giannantonio did not manage to shine on the Argentine track and will line up on the twentieth spot of the grid for the Argentine Grand Prix. The Italian experienced a little step back from the same day in Indonesia two weeks ago, although his feeling with the bike is still improving.

Sunday’s race will indeed get underway at 15:00 local time (GMT -3), with a double warm up (40 minutes) in place to allow riders for a bit more of track time before the third race of the season.

This was a difficult day. It was one of those days that start on the wrong foot and that are hard to change. We missed the access to Q2 just for a few thousandths of a second both in FP2 and Q1. We had a few issues that we maybe addressed a little too late, but these days happen, and we need to accept the outcome. What we can do is to keep working to be competitive tomorrow and try to put together a good comeback race. I felt the bike a bit more ‘mine’ in today’s final laps, and the direction we’ve taken is the right one.

It was a challenging day for us because we made a mistake this morning: we kind of ran around in circles as we focused more on my feelings than on the track conditions, which changed quite a lot during the day. We took a wrong direction with the set-up, but we went back to previous settings and we improved – while also doing some damage limitation in qualifying. It’s a pity because we lost some time, but these things can happen when you’re a rookie. Fortunately we’ll have 40 minutes of warm up tomorrow and we’ll try to make the most of them.