13th place start for Bagnaia at #ArgentinaGP, Miller 14th on grid after penalty 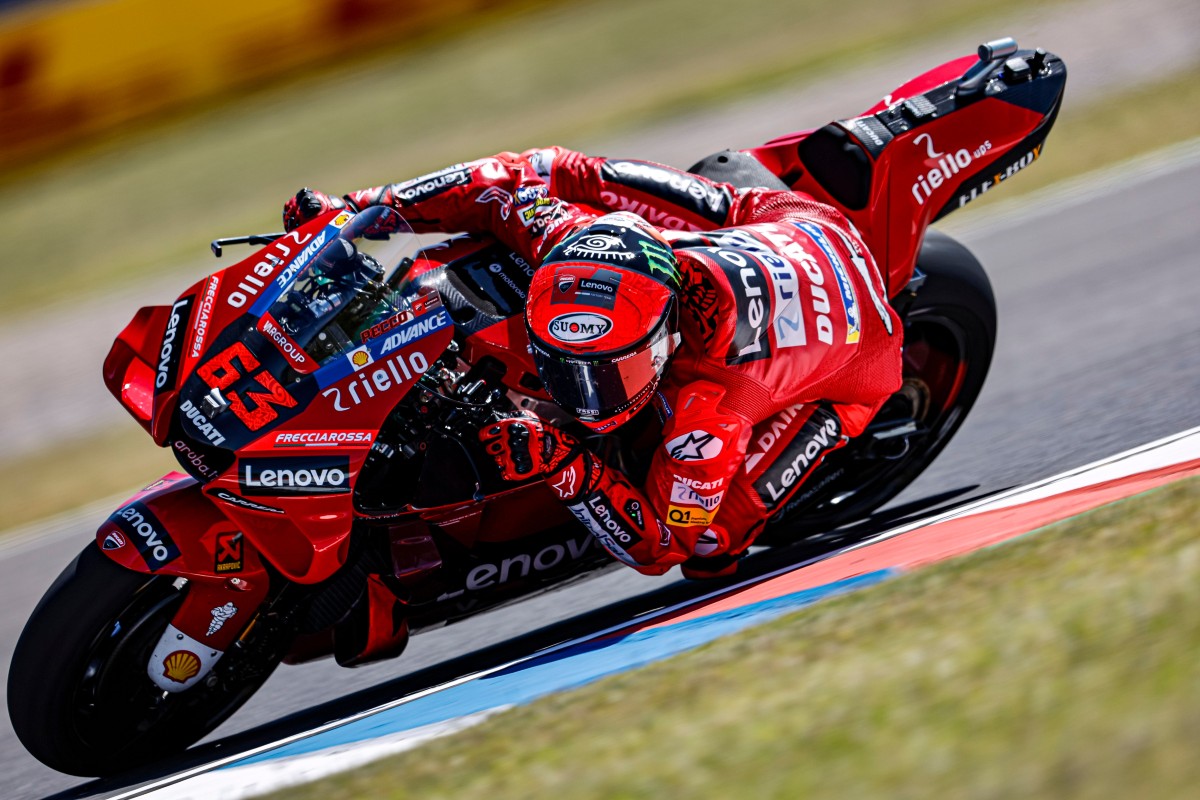 The MotoGP return to Argentina, after two years since the last GP held here back in 2019, had a revolutionised schedule consisting of just two days after the late arrival of the last crates travelling from Lombok. Pecco Bagnaia and Jack Miller dedicated FP1 and much of the second session to getting their feeling back at the Argentinian race track ahead of Sunday’s race. After the first session, closed by Bagnaia in twelfth position with Miller in seventeenth, both without using the soft tyre, the Ducati Lenovo Team riders went out for their time attacks in the final minutes of FP2. Still, only Miller could take advantage of his flying lap as he secured a spot directly into Q2, closing with the third fastest time overall.

After finishing free practice in eleventh place, Bagnaia took part in Q1 but could not get beyond the fourth-fastest time, resulting in a fifth-row start. In qualifying, Miller suffered a crash at the beginning of the session and could not find the same feeling with the second bike, finishing only eleventh. At the end of qualifying, the Australian rider was then penalised by three positions and will be forced to start from the fourteenth position, behind Bagnaia.

There will be two Ducatis on the front row, with Pramac Racing Team rider Jorge Martin second and Luca Marini third with the Desmosedici GP of the Mooney VR46 Racing Team.

Unfortunately, today, I wasn’t able to be fast enough. Usually, Friday is the day that allows me to understand which direction to work on for the weekend and with this more compact schedule, I had less time available. We have a good pace, but I can’t be fast enough with the new tyre. Fortunately, we still have 40 minutes tomorrow morning in the warm-up to work on, and we have already identified where we can improve. It won’t be an easy race, but hopefully, we can make a good comeback.

Up until my second time attack attempt in qualifying, the day had been positive. But then, as soon as I started my second lap on the soft tyre, I lost the front and crashed. I went back in, changed my suit and went out on the second bike, but obviously, after the crash, the feeling with the bike wasn’t the same, and I couldn’t push as hard as I had before. Unfortunately, I was penalised at the end of qualifying and lost another three positions on the grid. Tomorrow it will not be easy to recover from the fifth row. I know I have a good pace, but it will be important to get a good start to make up ground right away.

The Ducati Lenovo Team riders will be back on track on Sunday at 10:20am local time (3:20pm Italian time) for the last 40 minutes of warm-up. The Grand Prix of Argentina will get underway at 3:00 pm (8:00pm Italian time) on 25-lap distance.