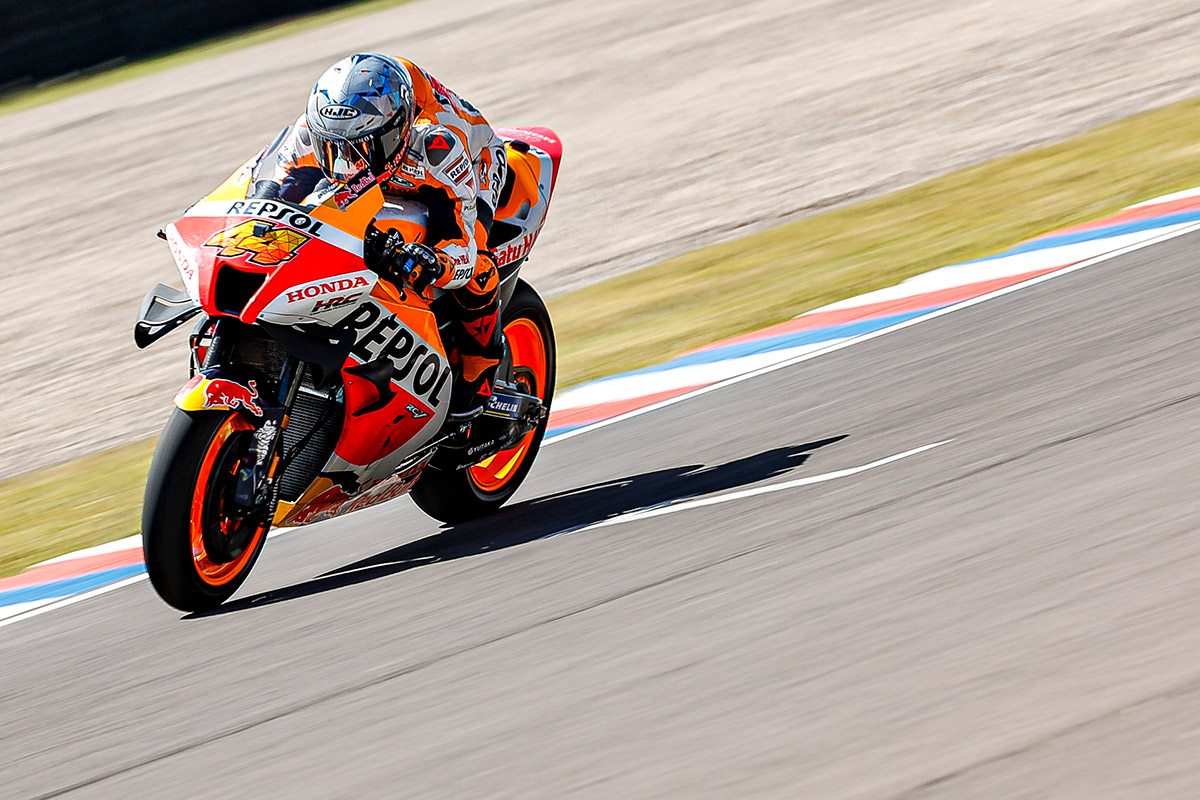 The suspension of all practice sessions on Friday, due to logistical issues, led to an intense Saturday at the Autodromo de Termas de Río Hondo. Pol Espargaró achieved fourth on the grid, with Stefan Bradl unable to progress to Q2.

Espargaró, third in FP1, had a small crash at Turn 1 at the end of FP2, which forced him to go through Q1, finishing seventeenth on the combined Free Practice timesheets. Despite this, the Repsol Honda Team rider set the fastest time in Q1, moving into the next session. His 1:38.165 lap in Q2 took him to fourth on the grid.

Stefan Bradl finished Q1 with the fourteenth fastest time. The German clocked a best time of 1:39.487 that places him 24th on the grid, on Row 8.

“Mentally it was a stressful day; I crashed, went through Q1 to Q2, then was battling for the front row. Already this morning it was set to be a busy day and I did not help this, but my team worked really hard. In the last moment we found the setup for Qualifying, a shame we only had one tyre for Q2 but we were still able to make a good lap for fourth. I had a moment coming into Turn 1 which I think finally cost us the front row. The track changed a lot over the course of the day so we had to adapt a lot and we were coming stronger with it. Warm Up will be important to see where we are, there will be a lot of rivals tomorrow but we’re ready to fight.”

“It has been a challenging weekend, or a day, for everyone with the new schedule and jumping in last minute is even more difficult. Our pace during Free Practice was okay but putting together a single lap in Qualifying was not my strongest point today. For tomorrow I am sure that I can make up some places because our rhythm is much better than our grid slot and those around us. Warm Up will be important to check some setup changes that we have made and I need to keep improving my feeling. Step by step we are making improvements and we will see what happens, everything so tight together during your first weekend back in MotoGP adds an extra challenge.”