A bitter Sunday for Aldeguer and Fenati, DNF and 18th in #ArgentinaGP 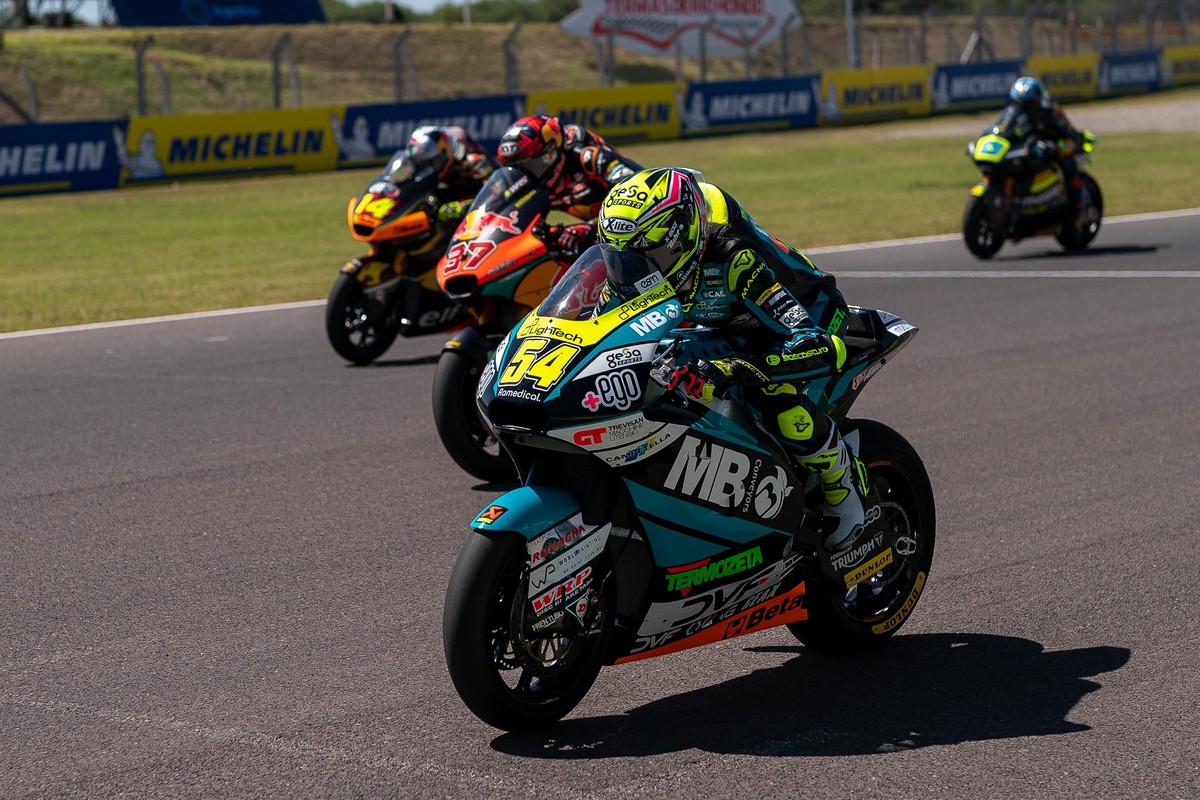 Here at Termas de Rio Hondo, after Aldeguer’s feat in qualifying, expectations were high. But that’s not all: the young talent continued to be talked about even in this morning’s warm up after setting the track record in 1’42.547, once again taking first position in the session.

An expert rider’s start, so Fermin started the race leaving everyone behind for the first three laps. Vietti then took the lead with Aldeguer at his heels until the seventh lap when he tried to recover the first position taking advantage of an error by his opponent and there the crash at the exit of turn 13. Too bad for the result at the end of the grand prix that leaves a bad taste in the mouth of rider and team after an over the top weekend.

A more complicated Grand Prix ended for Fenati and his team, conditioned by feeling problems under braking. The solutions tested did not give the expected results in the race ended in eighteenth position. There is still a lot of work to be done for team five but there is no lack of potential.

In the end it didn’t go as we thought and as we wanted. Today we could have fought for the win but I don’t know if my mistake or the mistake of another rider prevented us from continuing to fight for the top position. On the one hand, I am really sorry for the final result, but on the other hand happy with the progress achieved. We worked hard, we know we have the potential to do well and nothing, we can’t wait for the next race to give it our all!

It is definitely not the race we wanted. With the changes we tested until warm up, we didn’t feel ready for the race and so we opted for another change. Unfortunately, it has not paid off except that it has helped us to understand which path we should take. Eyes on Austin, looking for better results.

#ArgentinaGP
Get All Our Latest News Sent Direct To Your Inbox
Join 30,292 other subscribers.
Follow on Social Media
Get the VROOM Podcast