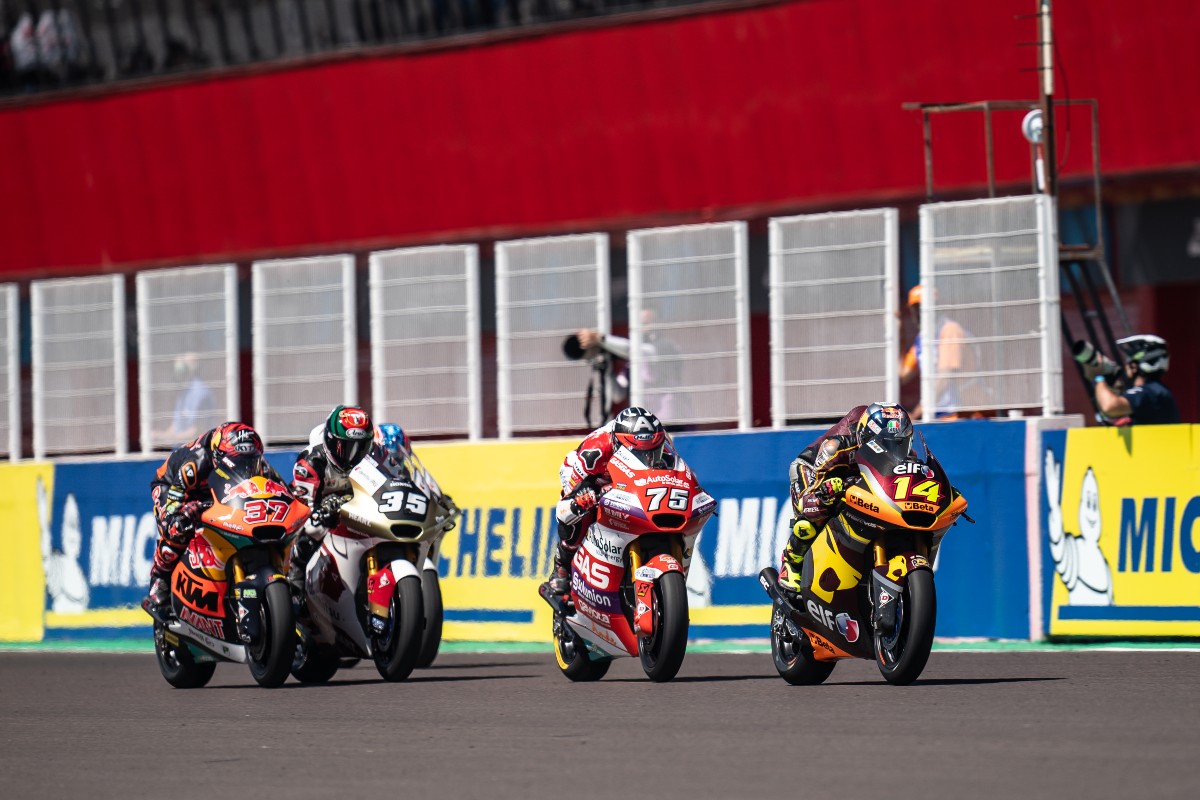 Tony Arbolino continued his consistent start to the season by scoring a competitive sixth place finish at the Termas de Rio Hondo Circuit, as Sam Lowes made it two bikes in the top ten for the team by finishing tenth.

Arbolino benefited from his second front row start of the year, and was placed within a five-rider fight for the victory in the early laps.

The Italian posted his personal best lap the 13th time around and was quicker than the men ahead. But Tony gradually lost ground and finished sixth, 7.5s behind the race winner.

After his third consecutive top eight finish, Tony sits sixth in the World Championship with 29 points.

Finally, it was an amazing weekend. It’s the third race of the year and we keep growing our feeling and improving my riding style. The full circle is getting closer, this is 100 percent true. I’m happy. The guys are working a lot and this is appreciated. I needed to give them a good result and we did. Hopefully, in Austin we can improve what we need. We need to just close the circle because we will be able to fight for the podium and the victory in every race. I’m happy. Let’s keep going. I’m pushing the limits of the bike and I feel we are getting closer to getting my first podium in the category.

It was a tough start for Sam as he struggled with rear grip on through Termas de Rio Hondo Circuit’s left turns in the first half of the race.

The 31-year old started to feel more comfortable as the race progressed, and set a series of personal best laps in the race’s finale as he climbed from twelfth to tenth position.

The Briton finished 14s behind the race winner. The result sees Lowes drop to fifth in the World Championship with 35 points, 35 behind leader Celestino Vietti.

It was a difficult race for us. It wasn’t what we expected. I didn’t have the same feeling as this morning in the first laps. It was a difficult weekend. I’m happy to get six points and have something to go to America with but this wasn’t what we were after. The feeling in some sessions was really good, my pace was really good. In the race the grip was inconsistent for me between the left and the right turns so this is something we need to understand and improve. We know what we can do. I just want to say a big thank you to the team for the big job this weekend. They’ve done a lot of work. Sorry to them I couldn’t score more points but it’s better than a zero. We’ll go to Austin to fight back on the podium and keep working.