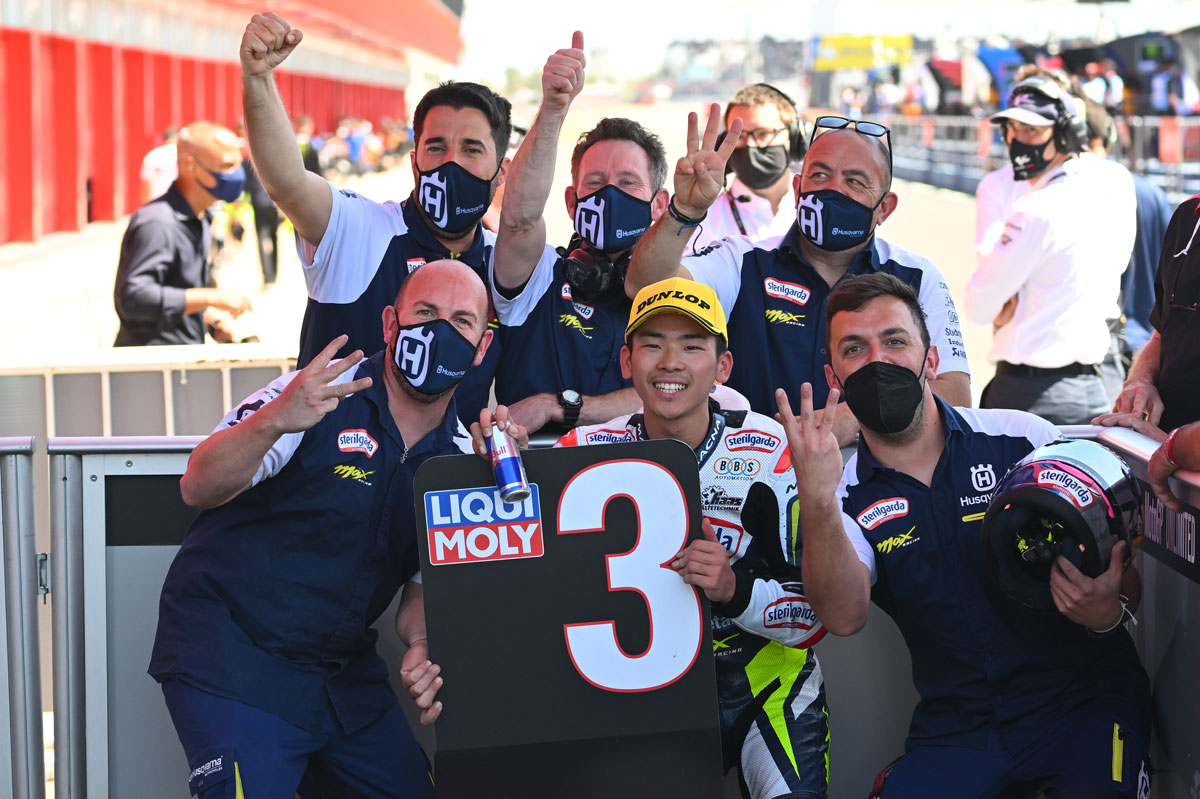 At the Argentina GP Ayumu Sasaki was simply perfect, reaching the podium after a race all in the attack. He started very well from the second position on the grid and at the beginning of the second lap he made the long lap penalty. Ayumu was extremely careful not to make mistakes, as the lane of the long lap penalty was full of dust.

He returned to 18th position, with a distance from the head of almost three seconds. With a pace among the best on track Ayumu, paying attention not to destroy the tires, began his recovery and, lap after lap, he approached the leading positions. On lap 10, Ayumu was already in eighth place, with a gap halved. In the last laps he pushed a little more, managing to reach the leading group.

Ayumu made a real masterpiece two corners from the end where, with a great braking, he managed to reach the third position. The weekend ended in Argentina, where once again Ayumu showed, as in the previous two races, a great speed. With this podium Ayumu earns his first points in this championship.

AYUMU SASAKI :
“Today was a great day. I did the long lap in the second one, and it took me two seconds, maybe a little bit more. I came back and focussed on my race. I knew I had a great pace, so I kept believing. On the last five laps I struggled a little bit with the grip, but finishing in the podium after a long lap is great. The first two races have been a little bit unlucky and I also made a mistake, so this are the first points of the season and the fact that the first points are on the podium is a good thing. We have a great pace, so we will just keep fighting and I think we can catch up. I had a good front feeling, so I was able to make some good overtakes.. Going to the last corner I knew the best place I could finish was the third, so I just focussed on myself. I was fighting Suzuki and he was good on the braking while I was on the limit, but in the end I made it to finish on the podium. I am very happy.”