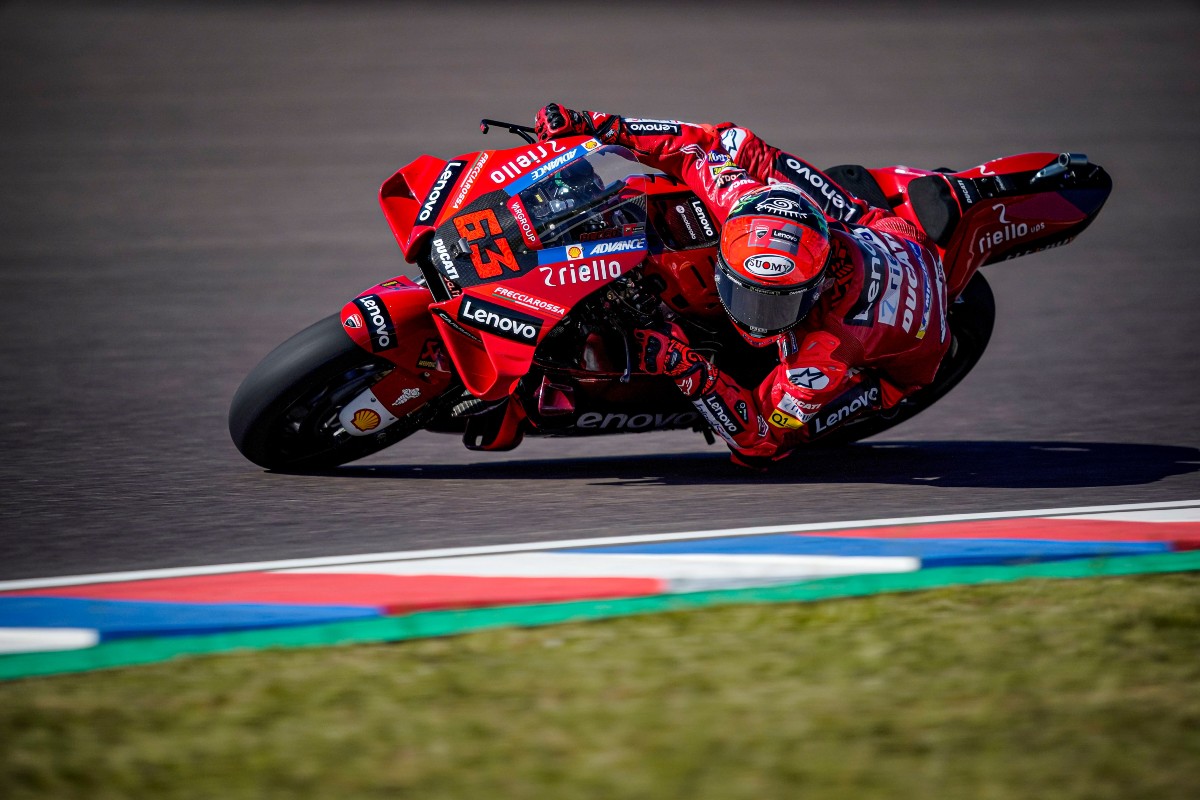 In the Gran Premio Michelin de la Republica Argentina, the third round of the 2022 MotoGP season, held at the Autodromo de Termas de Rio Hondo, Pecco Bagnaia was the protagonist of a great comeback, which saw him finish the race in fifth place after starting from thirteenth on the grid. After a good start, Pecco stayed in the second group, recovering several positions until he reached sixth place. Bagnaia lapped at the same pace as the leaders and eventually caught up with Maverick Viñales at the end of the race, passing him on the last lap to take fifth place.

Jack Miller ended his race in fourteenth position. Starting from the fifth row next to Bagnaia, the Australian struggled to find a good rhythm with his Desmosedici GP and could not make up ground. After today’s race, Jack remains eleventh in the overall standings, while Pecco climbs to fourteenth place, 33 points behind the leader.

Jorge Martin took the second step of the podium at the Argentina GP with the Desmosedici GP of the Pramac Racing Team. The Spaniard did a brilliant performance in today’s race which saw him in the lead until a few laps from the end. Thanks to his result Ducati returns to the top of the manufacturer’s standings with a six-point lead

Starting so far back, the goal today was to finish in the top five, and we did it, so I’m pretty satisfied. This morning we had a 40-minute warm-up during which we made a change that helped me in the race, and I was able to find the same feeling I had last year with the bike, which makes me happy. Hopefully, I can finally turn my season around and keep up with the momentum next race weekend in Texas.

It was definitely a frustrating race because I couldn’t make a single overtake, but unfortunately, I didn’t have the right feeling to attack today. It was an unusual weekend: this morning, we made a change that took us in the wrong direction, and I struggled a lot in the race. We know what we need to work on to improve, so now we’ll try to learn from this and come back stronger for the next race in America.

The Ducati Lenovo Team will be back on track in less than seven days for the Grand Prix of the Americas, which will take place at the Circuit of The Americas, near Austin, Texas (USA), from 8th-10th April.