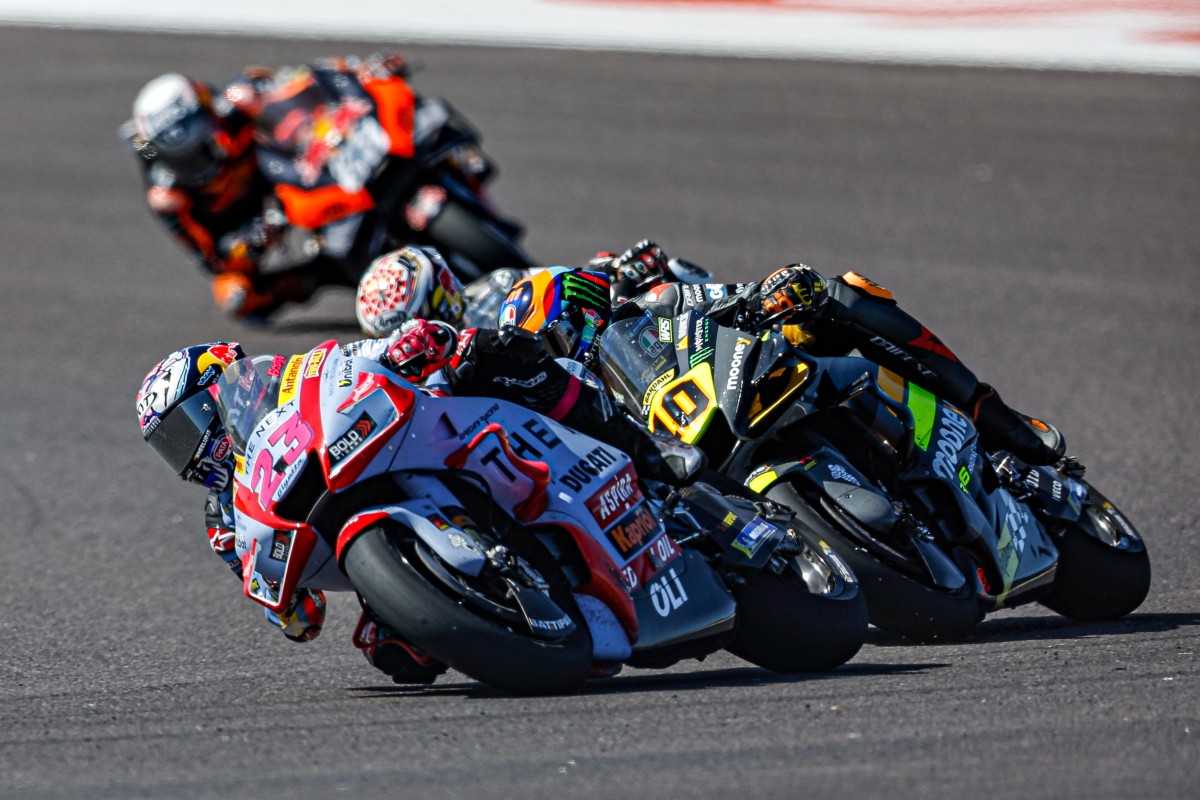 Team Gresini Racing MotoGP always tends to look at the bright side of things and today at Termas de Rio Hondo de best news comes from Fabio Di Giannantonio who got away with just a few bruises after the heavy crash at turn 11 with only two laps left in the third Grand Prix of the season.

The racing weekend was squeezed into a two-day event due to the ‘notorious’ MotoGP crates which prevented both Gresini standard bearers from finding the perfect feeling on what is known to be a challenging track to interpret.

It was not a GP to remember for Enea Bastianini either. Today’s top-ten finish left a bittersweet taste in the Italian rider’s mouth as he struggled to get up to speed on the Argentine track. The few points scored allow him to remain in the higher part of the standings: Bastianini will fly out to Texas in third place, 9 points away from the top of the standings.

We’re not satisfied with how today went. We were not comfortable with the bike, and we lost the good feeling we had in the warm up this morning. We really didn’t understand this race well. I did have a decent pace, but I was too often at the limit. Maybe with a more ‘traditional’ weekend we may have had a few more options, but the goal was vey different. We had too many issues with the rear-end of the bike. We scored a few points, so let’s think positive and look forward to Texas.

It wasn’t a positive weekend. We had very little track-time and unfortunately, I ended up crashing out of the race with a few kms left to ride. It was a difficult moment, in a very fast corner. Fortunately, I got away with a few scratches and a hit in the abdominal area – without major consequences. Obviously, we were aiming at a different result and a more normal weekend, but we need to keep our heads down and keep working.

#ArgentinaGP
Get All Our Latest News Sent Direct To Your Inbox
Join 25,263 other subscribers.
Follow on Social Media
Get the VROOM Podcast