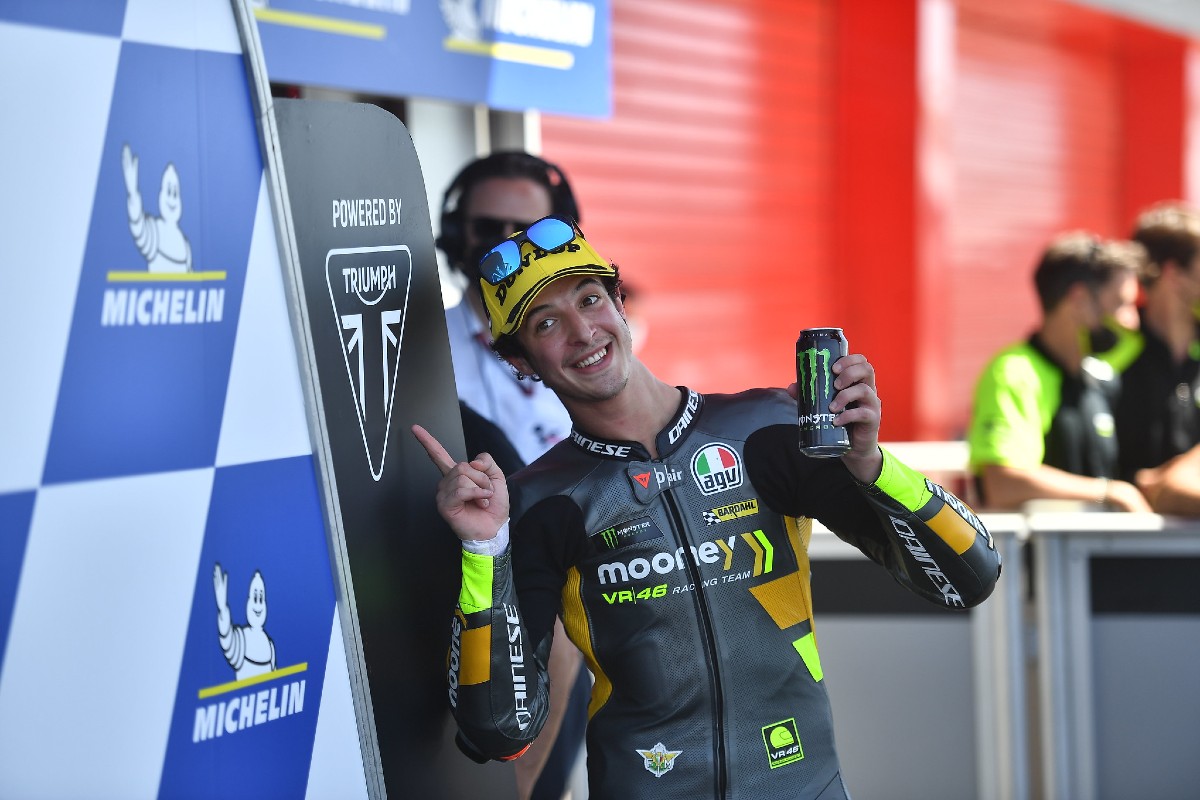 Celestino Vietti wins the Argentina GP, the third race of the 2022 season, and consolidates the leadership in the Championship for the Mooney VR46 Racing Team thanks to the third consecutive podium.

In a weekend characterized by a real race against time for the whole team, Celestino confirms the excellent feelings on his Kalex and achieves the second victory of the season at the end of a fast-paced race fought up to the chequered flag. Starting from the P6 on the grid, he takes the lead on the fourth lap and crosses the finishing line with an advantage of over a second over his rivals. With Sunday’s points he confirms the first place in the general standings with 70 points.

Forced to retire after a contact Niccolò Antonelli, started from the P24. After a good weekend in progression and a good start, at the fifth corner, he can do nothing to avoid the crash.

For both, the next appointment is scheduled in just a week in Austin for the Americas GP, the last oversea race of this start of the season.

A tough, difficult race and a really strange grip condition. We used the hard for the first time on the long run, we battled a lot with overtaking and counter-overtaking and maybe I even made some small mistakes but it was fun today. The team did a race against time for getting ready in just a few hours. Compared to last year, I am able to understand the bike better, where to work and what changes to make. I’m happy with the points in the championship and with the leadership: we don’t have to think too much about it, just take full advantage of all possible opportunities.

Too bad because today’s goal was to race in the group and we had really worked very well in this days. I had a good sprint at the start, I recovered a few positions, but at turn 5 another rider made a mistake in braking and hit me. I could not do anything to avoid the crash and then I was unable to restart the bike.

#ArgentinaGP
Get All Our Latest News Sent Direct To Your Inbox
Join 25,262 other subscribers.
Follow on Social Media
Get the VROOM Podcast