Darryn Binder 18th and Andrea Dovizioso 22nd in the #ArgentinaGP 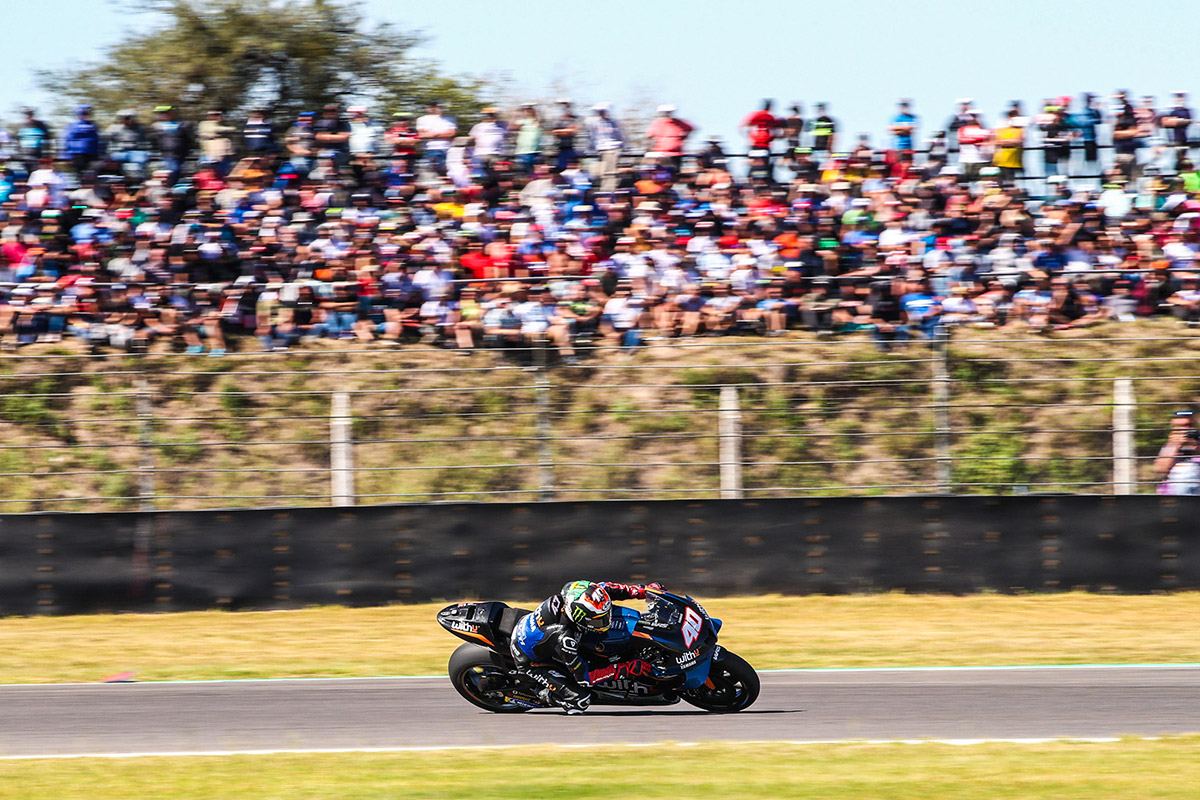 The Gran Premio Michelin de la República Argentina took place in sunny and hot conditions, following a very unusual weekend, which saw practice time limited due to cargo issues after the Indonesian round two weeks ago. Yet, Warm Up this morning was extended to 40 minutes in order to give riders and teams a better chance to prepare the 25 laps race in the afternoon.

Thereby, WithU Yamaha RNF MotoGP Team’s Darryn Binder started race day with a strong pace in Warm Up to finish in P15. After starting the race from P23, he made up one position on the first lap and climbed up to P18 on lap three. The South African delivered some strong fights again with his fellow rookies and more experienced riders. Yet, he struggled to keep his pace towards the end in the high temperatures. Nevertheless, Binder finished his third MotoGP race in P18, learning more and more about his Yamaha YZR-M1 and keeping second place in the rookies fight.

On the other side of the WithU Yamaha RNF MotoGP Team garage, Andrea Dovizioso learned a lesson as well. Full of tension at the start, the experienced Italian forgot to unlock his front start device after the start and had to come to the pits at the end of lap one. Until his crew managed to fix the issue, he was three laps from the top, but still went back out and did some pretty decent lap times, with a personal best of 1:39.908 after 18 laps. He eventually crossed the line in P22.

In just one week, both Binder and Dovizioso can make up for a difficult Argentina weekend as the MotoGP World Championship is heading over to Texas now for the fourth round of the 2022 season at the Circuit of the Americas close to Austin.

“I was really happy with how things went this morning. I felt like I made a good step in Warm Up, but unfortunately in the race, I wasn’t able to keep the same feeling. It was a really difficult race for me. I tried everything to keep a good rhythm and stay with the guys, but at the end of the race I was really struggling to keep the same pace as the other guys. I felt like the conditions were really different compared to this morning and the bike behaved a bit different. Anyway, it was a good learning experience, I take the positives and move on to America.”

“I’m very disappointed, this never happened to me. I did a mistake and forgot to unlock the front start device. I locked it, but didn’t move the lever, I need to move to unload on the first corner. I didn’t think about that and though everything was blocked, but when I stopped in the pitlane, I realized, that this was my fault. I’m really sorry to the team, because this is something, that doesn’t need to happen, but it happens when you are not relaxed. I’m not comfortable, I’m not riding in a smooth way, not using the best potential of the bike and this is the tension. You want to do everything at the maximum from the start and I did this mistake. At least, my pace was pretty good in the end, but in any case, I can’t be happy about this weekend. I hope we can be closer in Austin.”

#ArgentinaGP
Get All Our Latest News Sent Direct To Your Inbox
Join 30,292 other subscribers.
Follow on Social Media
Get the VROOM Podcast