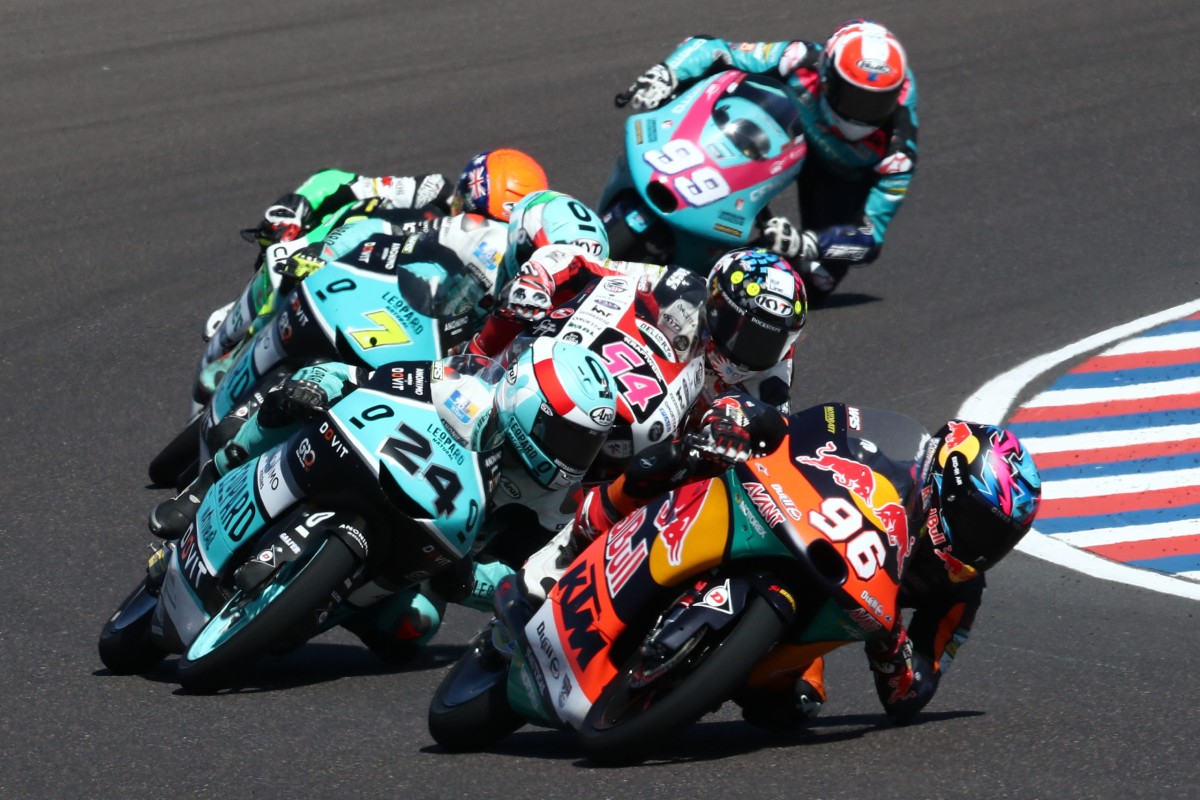 Two seasons on from the last Moto3 race at Termas de Rio Hondo, the circuit held the third round of the 2022 campaign, the Argentina Grand Prix. Dani Holgado continued to adapt to the class quickly and, in his first experience at the track, finished in seventh place. The Red Bull KTM Ajo rookie accumulated valuable experience, battling against some of the strongest competitors in the class and he got his best finish ever. Meanwhile, Jaume Masia was hit by another rider with six laps to go, crashing out when in second position.

Holgado had achieved his best grid position to date by qualifying on the second row, and made a great start to the race, holding his sixth place. The Red Bull KTM Ajo Moto3 rookie did his best to join the leading group, in which he was involved in an intense exchange of overtaking moves throughout the contest. Keeping his cool in a tight end, the Spaniard crossed the finish line seventh, a new personal best.

From the fourth row of the grid, Masia began well and pushed hard from the start, moving from 12th place to third in the space of just three laps. Throughout the race, he had to face constant attempts at an overtake from his rivals in the leading group and he was very competitive at all times. Unfortunately, the Spaniard suffered a crash when up into second, after contact with another rider. He was unable to re-join the contest and ended the Argentina GP empty-handed.

It has been a positive weekend for us, since we were fast in practically every session. I am very happy, because we have taken steps forward lap after lap and that is important in our learning process. As for the race, it was quite hard, because the pace was fast. However, we managed to stay in the leading group throughout, except for a couple of laps in the middle in which I lost touch slightly. I feel very satisfied and I am looking forward to continuing to work hard in Austin, where we hope to keep progressing. Every round we are getting closer to the riders at the front, and that is a good thing. I want to thank the team, all the people who support me, my family and my friends.

It was a shame about the crash, which prevented us from finishing the job in today’s race. We felt very strong here and I am confident that we could have fought for the podium and even to win the Grand Prix. However, that’s racing and these things can happen. Next week, in Austin, we will come back stronger and try again.

#ArgentinaGP
Get All Our Latest News Sent Direct To Your Inbox
Join 30,253 other subscribers.
Follow on Social Media
Get the VROOM Podcast