NOT the MotoGP News – #ArgentinaGP 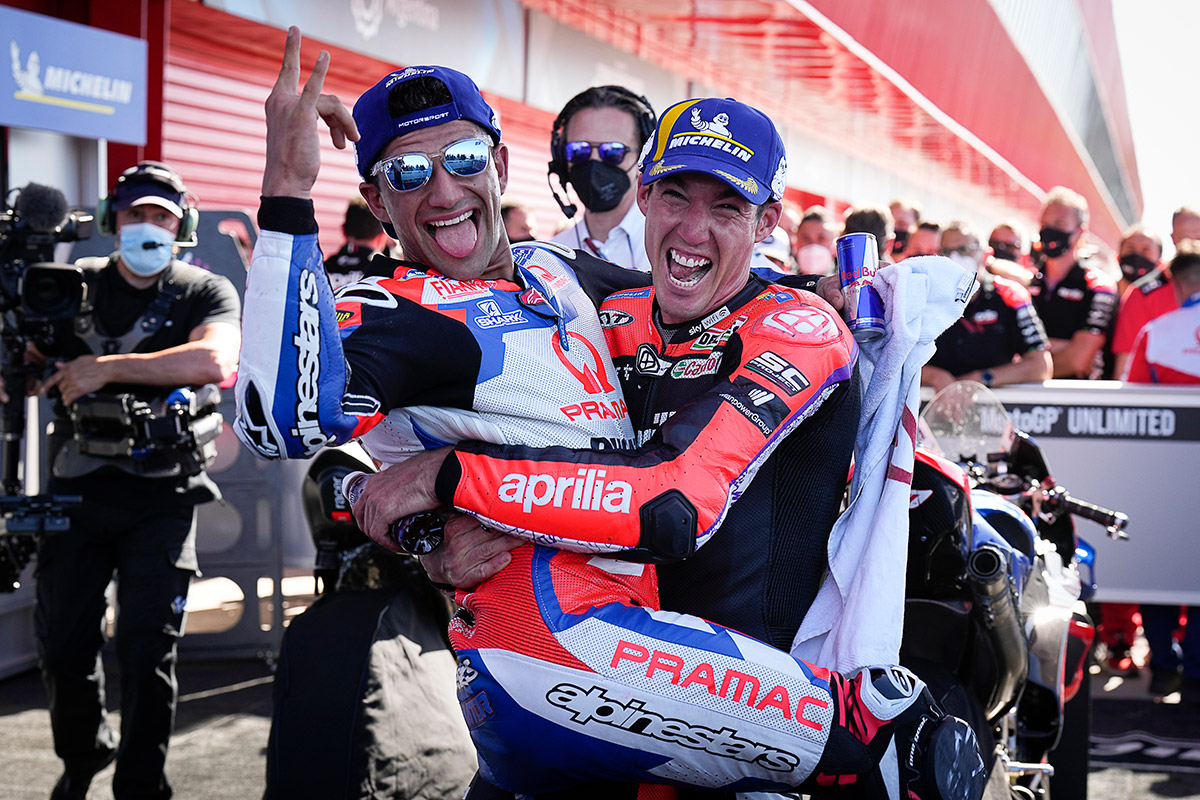 Flying Down to Rio… (Or Buenos Aires for that matter)
Or not.  Without a shadow of a doubt Termas de Río Hondo has a) nothing to do with Honda and b) is a brilliant if a little bumpy circuit: Turn 1 is awesome and it doesn’t disappoint thereafter. Nope there’s no beef from us in the bunker about this place (Good grief, that’s a dreadful pun – Ed).

As we all know by now two things happened (or nearly didn’t); aeroplanes got stuck, broken down, delayed and almost missed their final destination.  And some bloke in his 200th race at the top of the game won his first race.

A Boeing 747 is an old plane.  Noah used one in the bible.  These days even British Airways won’t use them because they’re about fuel efficient as, well a 747.  In other words, most of them these days have been demoted to the cargo terminal of the airport, out of sight and out of mind.  And being old means they have a propensity to break down.  And that’s exactly what one of the DORMA-hired planes did on its way from Indonesia to the land of beef. On the plus side, the riders got a day of sightseeing whereas the rest of the teams had a night of building boxes (more complicated than it sounds), bikes and everything else.  Friday was cancelled by DORMA.  All this meant that Saturday was jammed-packed with FPs and QPs, and Sunday warm-up was increased to 60 mins.

The other thing that happened?  Oh, the older Asparagus brother, Aleix, won his first ever MotoGP race.  Aleix is like a combination of a volcano, a pan of really, really hot chilli and a mind-mannered family man. You might call him an enigma wrapped in a conundrum, but down here in the bunker of despair, we like to think of him as one of the more entertaining characters of MotoGP.

One other thing; the amount of yellow 46 garments – didn’t they get the memo?

The race boiled down to a battle between just two.  Jorge Martin(e), the young handsome pretender on his Pramac (soon to be CBD-powered) and Aleix the experienced emotional journey man.  You have to hand it to Martin; he knows how to qualify and how to start a race.  Off like a proverbial stabbed rat.  Basti was down in 10th and Quat was 11th.  Yep – MotoGP as random as anything these days.  As was Rossi The Younger, or Marini as he is named.  At one point he was 4th and challenging Pol A for 4th.

Rins hit 3rd place before halfway and hung on for a career relieving podium.  Suzuki would be well pleased with their weekend; Mir held onto an easy 4th place.  Yamaha meanwhile had a mare of a race.  Dovi screwed up big time by forgetting to take the bike off the paddock stand or releasing the hole-shot device or something like that.  Frankly Morbi-deli copped a puncture, and Binder the Younger is still running L-plates which means foir insurance purposes his M1 is fitted with an insurance black box, so he can’t change out of 1st gear.

Also having problems are ‘Onda.  Marc M was ruled out with double vision (imagine seeing two Puigs!).  Pol was looking good but obviously the thought of getting a big hug from Alberto for doing well spooked young Pol and he crashed out.  The two LCR boys?  Well, its Alex isn’t it – most likely his last year in MotoGP and he’s determined not go out in a blaze of glory and poor old Take Origami just doesn’t get a lucky break even if he does well in the run up to Sunday.

Friend of Paris Hilton (remember that film One Night in Paris? That was Mav once), Viñales actually looked to be back on form.  That is until he gets to the next round and then just fades away.  No matter – here he was at the pointy end of the race and even managed 7th when the chequered flag was waved, beaten by rising star Brad and this year’s title favourite Baggy.  He’d had a nightmare of a weekend but mugged everyone all the way up to finish in 5th.

And just to illustrate how bad Yamaha have it, their old rider Viñales beat their best current rider Quat into 8th.

The parc ferme celebrations for Aleix and Aprilia were almost as exciting as the race itself.  It doesn’t matter how cynical we are in the bunker; you can’t knock both ‘Prilly and Aleix.  Tough years, soft tears (You can pack that rubbish in – Ed).