Bastianini will start the #AmericasGP from 5th, Di Giannantonio 18th on the grid 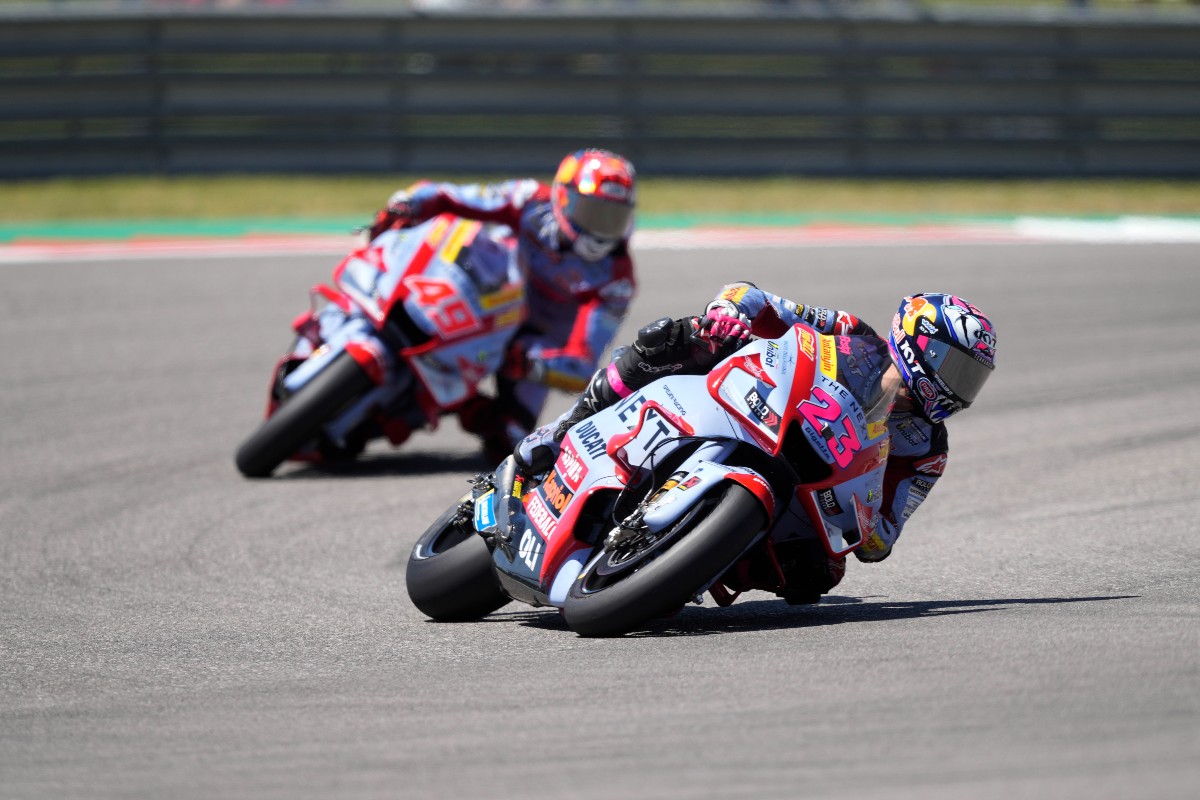 There’s a little bit of bitterness in the pit-box of team Gresini MotoGP this afternoon at the end of qualifying for the fourth round of the season. Enea Bastianini’s top-five, which came at the end of a quite challenging qualifying session, left a bittersweet taste in his mouth. The 2’02secs logged by the rider #23 came after a crash at turn 15: from one side the incredible ability by the Italian to turn things around, on the other the disappointment for missing a front row which was well within range.

It was a Saturday of highs and lows also for Fabio Di Giannantonio, whose progression in FP3 was halted by an issue on the bike before the Rome-born rider was able, nevertheless, to improve both feeling at lap-times between FP4 and Q1. His 18th place finish is the confirmation of a consistently good work done in the Gresini garage – #49 side.

The MotoGP race will begin at 13:00 local time (GMT -5), for what will be one of the most demanding encounters of the whole season. From row two, Bastianini will spearhead his charge to the podium, while Di Giannantonio will be looking for his first points in the premier class.

I was able to save part of the fairing during the crash at turn 15 also by using my leathers a bit, and from there I get going again – and was also able to log a good time. I’m a bit sad to be the last of the Ducati in the top five, but the fact that we’re all close to each other is a good sign ahead of tomorrow. We can be among the protagonists, not sure if for the victory but surely for the podium. We will need to manage the race well, which is very demanding on the physical side, but we’re ready on that aspect, too.

In FP3 we did all we could due to the issue that stopped our work with the bike #1. In FP4 we confirmed the set-up that we liked the most and in Q1 we made a step forward which was quite unexpected – lap-time wise. Every time I get on track I learn something new. I think we can make improve by a few more tenths in the warmup: in that case, we can have fun in the race.