Miller and Bagnaia 2nd and 3rd on the grid for #AmericasGP 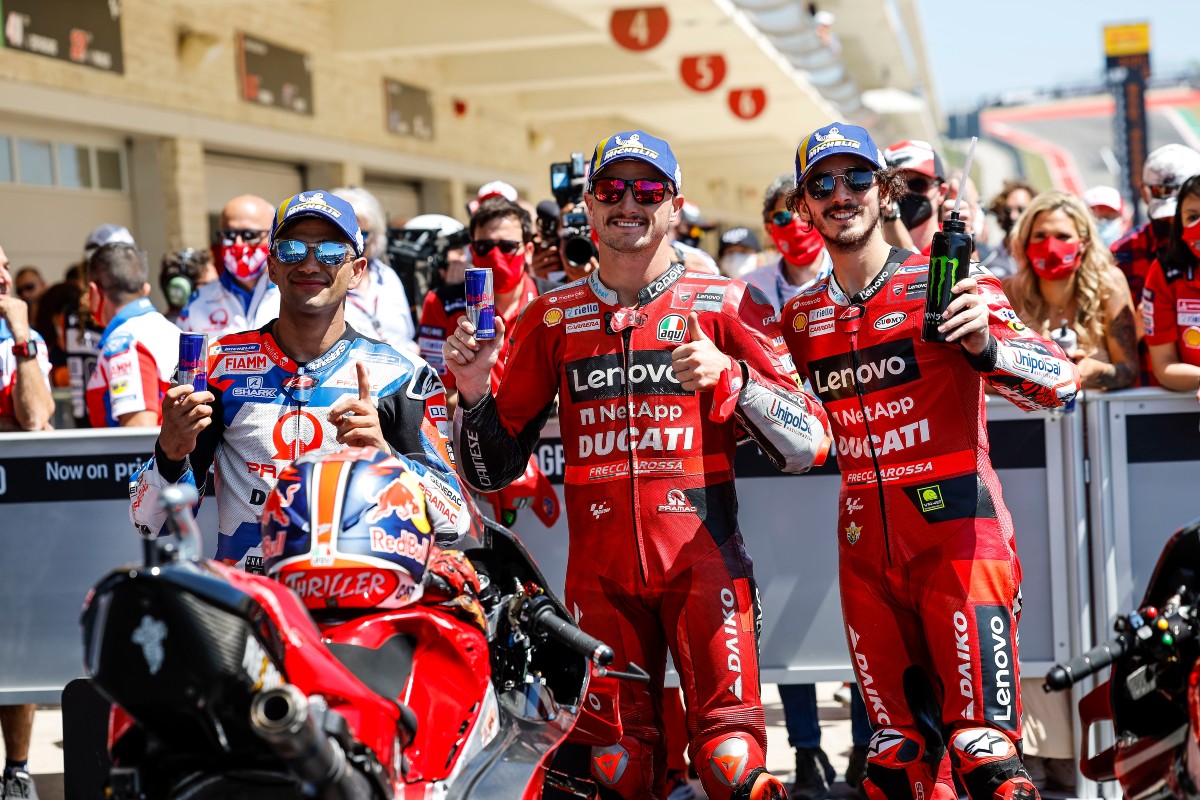 Jack Miller will start second in tomorrow’s Americas GP at the Circuit of The Americas near Austin (Texas). As he has been fast already since the first sessions yesterday, the Australian rider kept improving today. After securing a spot directly into Q2 after closing FP3 in third place, Miller continued to impress with a strong qualifying that saw him close to taking pole position. In Q2, Jack managed to drop below the previous circuit record to take the top spot, but, with just a few minutes to the end of the session, Jorge Martin (Pramac Racing Team) beat him by just three thousandths.

Pecco Bagnaia completes the front row. Ninth yesterday and fifth this morning after FP3, the Italian rider improved along with his team in the afternoon, first being fastest in FP4 and then securing a front row start in qualifying, behind his teammate, thanks to a fast lap of 2:02.167.

In addition to being an all-Ducati front row, qualifying at the GP of the Americas will go down in history as the Borgo Panigale manufacturer places five bikes in the top five positions of the grid for the first time in a MotoGP race. It is the first time in nineteen years that a constructor has achieved such a result in the premier class. Johann Zarco (Pramac Racing Team) and Enea Bastianini (Gresini Racing) will start tomorrow’s race fourth and fifth, respectively, behind Martin, Miller and Bagnaia.

I’m thrilled to be on the front row, especially at this circuit! The first sector is very tight, and it’s almost impossible to overtake, so having a little bit of free air on the first lap will be important. Since the first sessions, the bike has worked well, and I felt comfortable right away. There are five Ducatis in the top five positions, and that’s a really fantastic result! I’m confident I can have a good race tomorrow. I don’t know what’s in store for us, but it will be crucial to manage the front tyre well throughout the race.

This front row almost feels like a pole position after the start to the season we’ve had. Last year my strong point was always being able to get on track and push right away, but lately, I’ve found it harder to do that, but here we did. We took a big step forward in FP4, and I’m really happy. I have been missing this feeling! I’m thrilled and ready for the race tomorrow.

The Ducati Lenovo Team riders will be back on track tomorrow, 9th April, at 9:40am for the warm-up, while the Americas GP will get underway at 1:00pm local time (CEST +7.00), over a 20-lap distance.