17th for Luca Marini at the #AmericasGP, DNF for Marco Bezzecchi 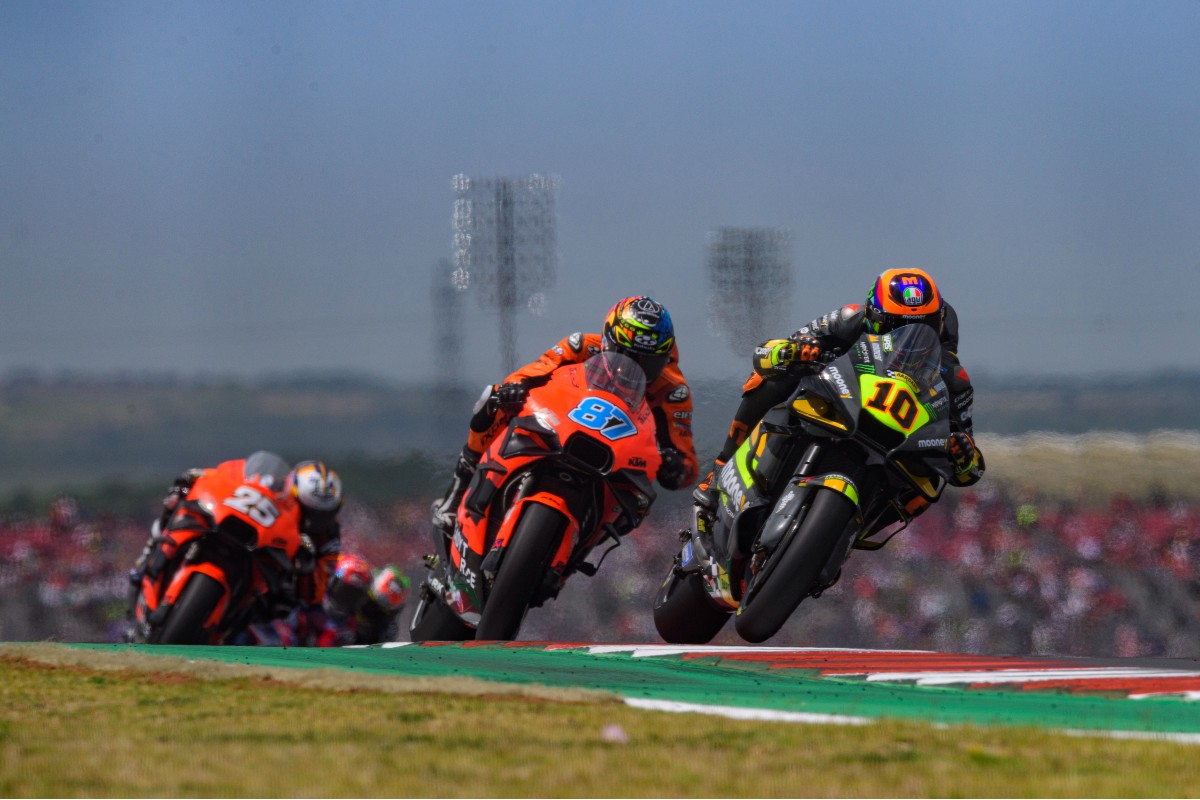 A more complicated Sunday than expected for the Mooney VR46 Racing Team at COTA in Austin where the Americas GP took place today. Luca Marini crossed the finishing line in 17th place while Marco Bezzecchi was victim of a crash.

At the start from the P11 on the grid, Luca struggled to keep up the pace of the group fighting for the very first positions and was forced to give up position. He closed the weekend in the slipstream of the points and confirms the P17 in the general standings (10 points, Bezzecchi P18, 7 points).

Retirement after a crash for Marco who started from the 16th box of the starting grid. On the ground during the second lap, he managed to get back on track to complete the race, but was forced to retire due to the black flag with an orange disc exposed following the damage suffered on his Ducati Desmosedici GP.

Next appointment on the track for both in Europe, with the inauguration of the European MotoGP season at the Algarve circuit, in two weeks, for the Portuguese GP.

An uphill weekend: I always missed something in acceleration and speed on the straight compared to the other Ducatis. We need to analyse and understand exactly why. This was the main problem and the rest only a consequence. In the race then, in the battle of the first laps, I cut the variant between turns 2 and 3, I slowed down so as not to take the penalty and then I was unable to recover from the group. A pity, I can’t wait to get back at work in Europe.

A much shorter race than expected after a positive weekend. We have struggled on Friday, but today in the warm up we were fast and the pace was also very good. Unfortunately, the mistake was not needed, I then tried to get back on track to finish the race and gain experience but I saw the flag. Let’s analyse the data, understand exactly what happened and try to take all the positive of this GP for the future.

#AmericasGP
Get All Our Latest News Sent Direct To Your Inbox
Join 30,292 other subscribers.
Follow on Social Media
Get the VROOM Podcast