Another podium for Dennis Foggia with 2nd at the #AmericasGP, Tatsuki Suzuki 10th 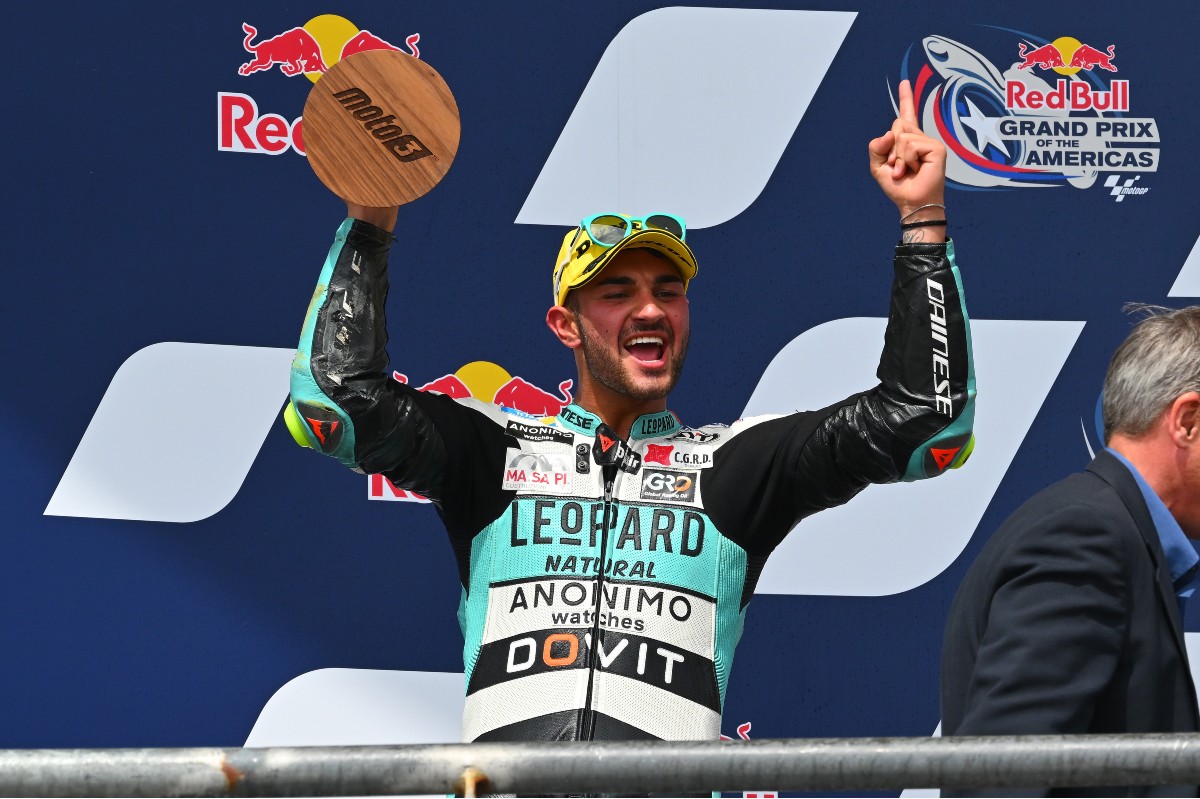 The Rocket has done it again! Dennis Foggia has taken a podium at the Circuit of the Americas after a very tough race.

Dennis Foggia started from the 2nd spot of the grid, had a tricky start due to other riders movements, lost some positions but quickly recovered them. The #7 has showed, once again, his cleverness when managing the race: he hasn’t lost the concentration and has gotten to the end fighting for podium positions and for the victory. He’s crossed the line as the 2nd, repeating last year’s result at this track. Dennis has been the fastest throughout the whole weekend, and he’s just nailed it at race time.

Teammate Suzuki has had some difficulties and has ended up 10th, gathering some important points and trying his best.

Right now, Dennis Foggia is the leader of the Moto3 Classification (74 points, and 16 points of advantage).
Today’s podium is the third in a row for the Italian this season so far (1st in Indonesia, 2nd in Argentina and 2nd in America).

Tatsuki Suzuki is 12th on the standings (23 points).

The Le0pard Racing has moved up ranks and occupies the 1st place of team’s standings (97 points).
The next race will take place in Portimao in two-weeks time. See you all there!

It’s been a very tough race. This track is very tricky, and I had to deal with many situations. We’ve done a good job and a podium is a great result, now we are leaders, and we’ll get to Portimao trying to keep this momentum! Many thanks to my team, and to everybody at home supporting me.

This weekend hasn’t been the easiest one for me. During the race I didn’t have feeling with the bike, of course I wanted to do better, but we’ve scored some points and that’s always important. We’ll try again in Portimao!

#AmericasGP
Get All Our Latest News Sent Direct To Your Inbox
Join 25,262 other subscribers.
Follow on Social Media
Get the VROOM Podcast