Bastianini doesn’t disappoint as he wins the #AmericasGP, 21st for Di Giannantonio 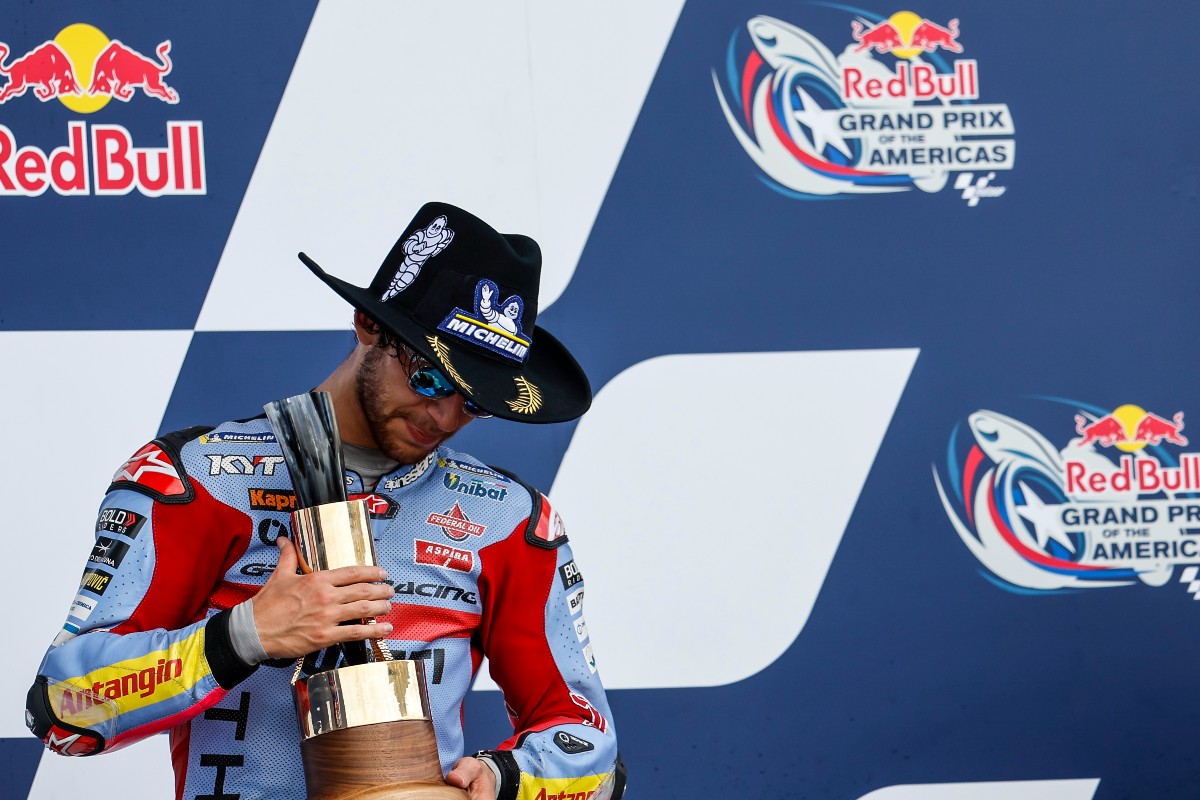 He was the favourite for the win yesterday, despite a fifth place on the grid behind other four Ducati machines: today Enea Bastianini showed he can excel under pressure in a race that in many ways remembered the triumphant ride in Qatar.

After a good start, he managed his pace in the first part of the race behind Miller and Martin, before unleashing the ‘beast’: thanks to a frenetic pace, he crossed the finish line a lonely winner in Texas. The tally goes up to two wins (out of four races) with the rider #23 who returns to the top of the standings with a five-point advantage on Rins and 11 points on Espargaró.

It was a difficult race on the other side of the pit-box, with Fabio Di Giannantonio unable to find the best feeling with the track as he struggled on corner exit on his way to a sub-par 21st place at the chequered flag. The return to Europe in two weeks will surely bring new energy to the #49, who is still looking for his first championship points.

We had exactly this time of plan for the race. In the beginning I struggled a little in the first sector, but I chose to not take too many risks and try to tail Martin. Then when Rins came from behind and we almost collided, I decided it was time to push harder. I passed Jorge and then Jack: I saw I had a little extra and I tried. I made a few mistakes during my first lap in the lead, but then I was able to put together a good pace. This is a fantastic win, which is the result of incredible teamwork. We can be quick on every track, even though I’m living this season like a rookie, as I see that we still have something to learn from the others on the track.

We improved a lot during the weekend, but then the result in the race didn’t come. We still need to keep working and improving in every area. The race today was extremely hard, as I was losing a lot on corner exit: we’re still missing something in terms of electronics, so in the upcoming European back-to-back we will focus on that.