Fenati in the points with 15th in #AmericasGP, Aldeguer crashes on lap 1 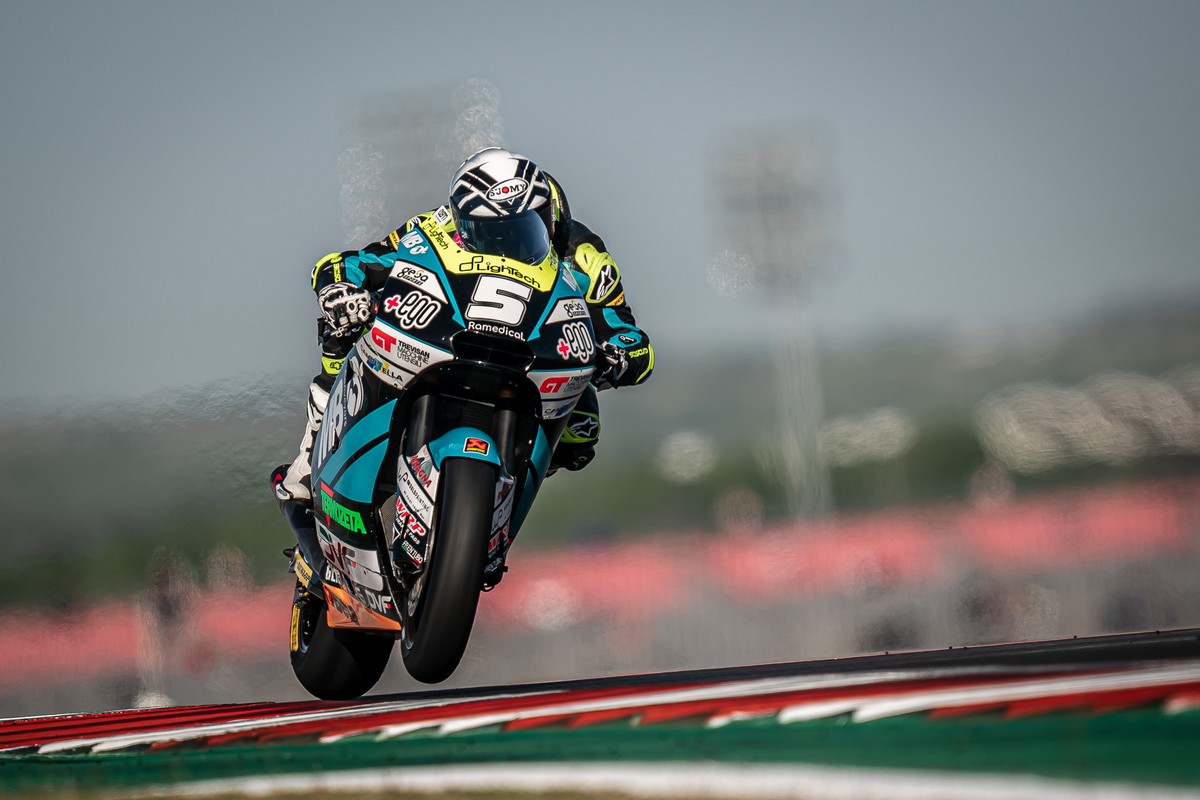 The racing Sunday at the Circuit Of The Americas ended with the fifteenth placement of Fenati, recovering from the twenty-first position and with Aldeguer’s crash at the start of the race.

When the lights went out, an incredible Romano proved to be quite skilled in starting, jumping from p21 to p10. The number 5 managed to hold the position until the fourth lap when a severe pain in his shoulder hampered his riding. With gritted teeth, Romano managed to reach the end of the 18 laps closing in the points in fifteenth position.

Unfortunate end of a weekend in light for the young Aldeguer who leaves Texas empty-handed. It could have been the rematch everyone expected, but a complicated first lap put Fermin out of the race. The MB Conveyors SpeedUp rider, competitive in every session of the Grand Prix of the Americas, after a good start suffered the contact of another rider who took him off the track. Determined not to give up, Aldeguer immediately tried to set his race pace to recover positions, when he made a mistake at turn 12 on the first lap and put an end to his race.

I’m not very happy with the final result because we could have done much better. Unfortunately, I had a shoulder problem. After the third lap I felt a great pain and I tried to hold on until the end but I could not brake and I found myself having to drive with only one arm. Despite this problem, we have reached the points and I don’t think we could have done better given the situation. Now we have to keep working in this direction, growing from race to race!

We just have to look at the positive this weekend. We were very competitive in all sessions, but luck was not on our side in the race. I started very well, but I had contact with another rider who pushed me off the track. Just when I was hoping to recover positions, an error took us out of the game. Either way, you learn from mistakes! I apologize to my team and thank them for the work done in these days.

#AmericasGP
Get All Our Latest News Sent Direct To Your Inbox
Join 30,253 other subscribers.
Follow on Social Media
Get the VROOM Podcast
Download our Vroom.GP App