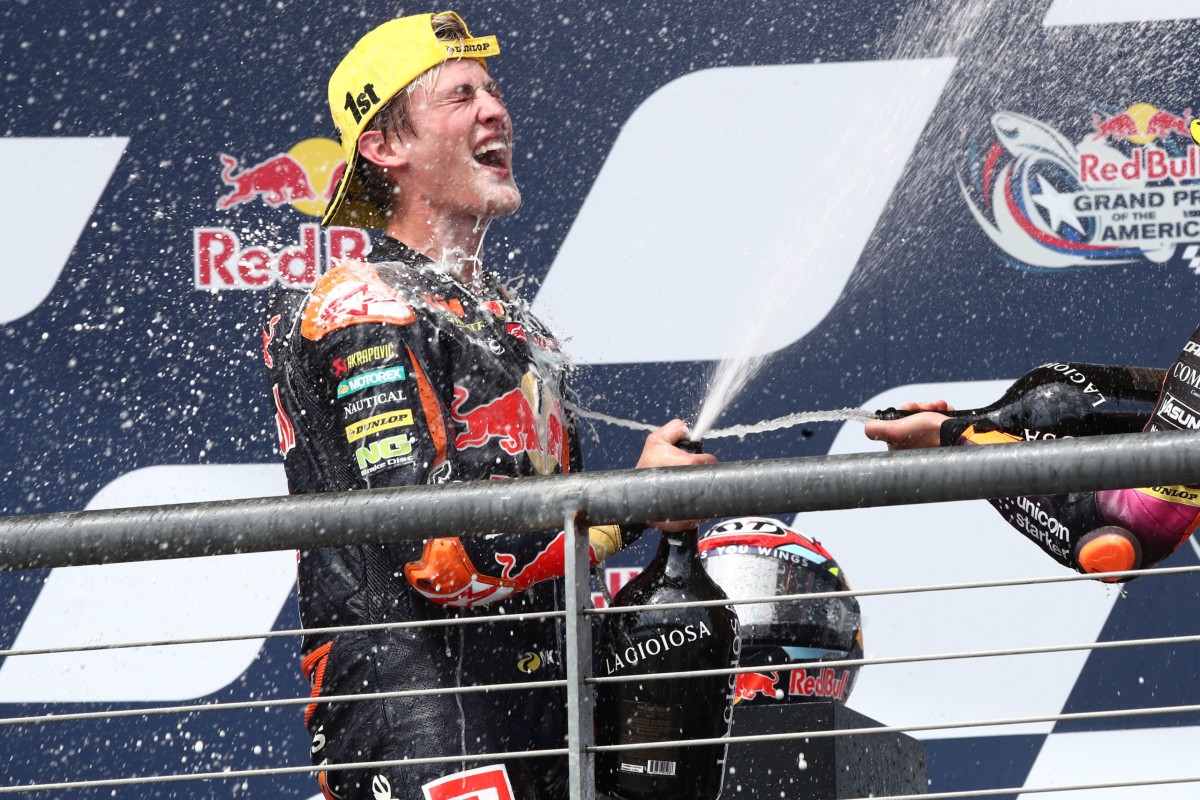 The Americas Grand Prix ended in style for Jaume Masia, who achieved his first victory of the 2022 Moto3 World Championship season in a tough contest at COTA. With this result, the Red Bull KTM Ajo rider earned a fifth win of his career to date. Dani Holgado had a spectacular first half of the race, riding in the podium positions until a crash by another rider took him out of contention.

Masia started from the second row of the grid but dropped several positions when the lights went out and was 11th after Lap 1. However, he was able to remain calm and, without letting the leading group escape, kept his pace up in the first part of the contest. It was on Lap 8 that the Spaniard began to move his way up the pack to reach the lead. After a tight finale, Masia prevailed with masterful overtaking moves on the closing corners, to win the Americas Grand Prix.

From the third row of the grid, Holgado made a great start, overtaking two rivals to move up to fifth through the first corner. Thanks to this initial push, the Red Bull KTM Ajo Moto3 rookie joined the leading group, where he battled with some of the most experienced riders in the class. Unfortunately, on Lap 7, when running in sixth place, the Spaniard was unable to avoid a crash in which he was hit by another rider. Holgado remounted, but finally he couldn’t finish the round.

Masia occupies 6th position in the Moto3 World Championship with 34 points. Holgado is 14th with 16. The Red Bull KTM Ajo duo will be back in action in two weeks for the Portuguese Grand Prix, which takes place from April 22nd-24th.

I am very happy to have won today in Austin. It is an extraordinary feeling, as it was a very hard-fought race and we worked hard to achieve this result. We gave it one hundred percent throughout the weekend and, finally, the effort by the whole team was rewarded. The start of the season has been difficult for us, since I could not finish two races due to external causes. However, we are going to Europe feeling good, having achieved a win. We will try to fight for more great results in the future, starting with the next round at Portimao.

It was a very positive race. After the crash, we were able to re-join the contest and got back amongst the fastest lap times. I’m very happy with the feeling we had, since after an incident it’s difficult to get back to being strong psychologically, and today we managed that. I feel satisfied with how the weekend went, overall. Although it was a new circuit for us, from the first practice we adapted well, at a tricky track. I want to thank my team because they did a great job. I feel bad about not having been able to finish the round with a good result, but at Portimao we will try again.