Miller finishes 3rd in the #AmericasGP, 5th for Bagnaia 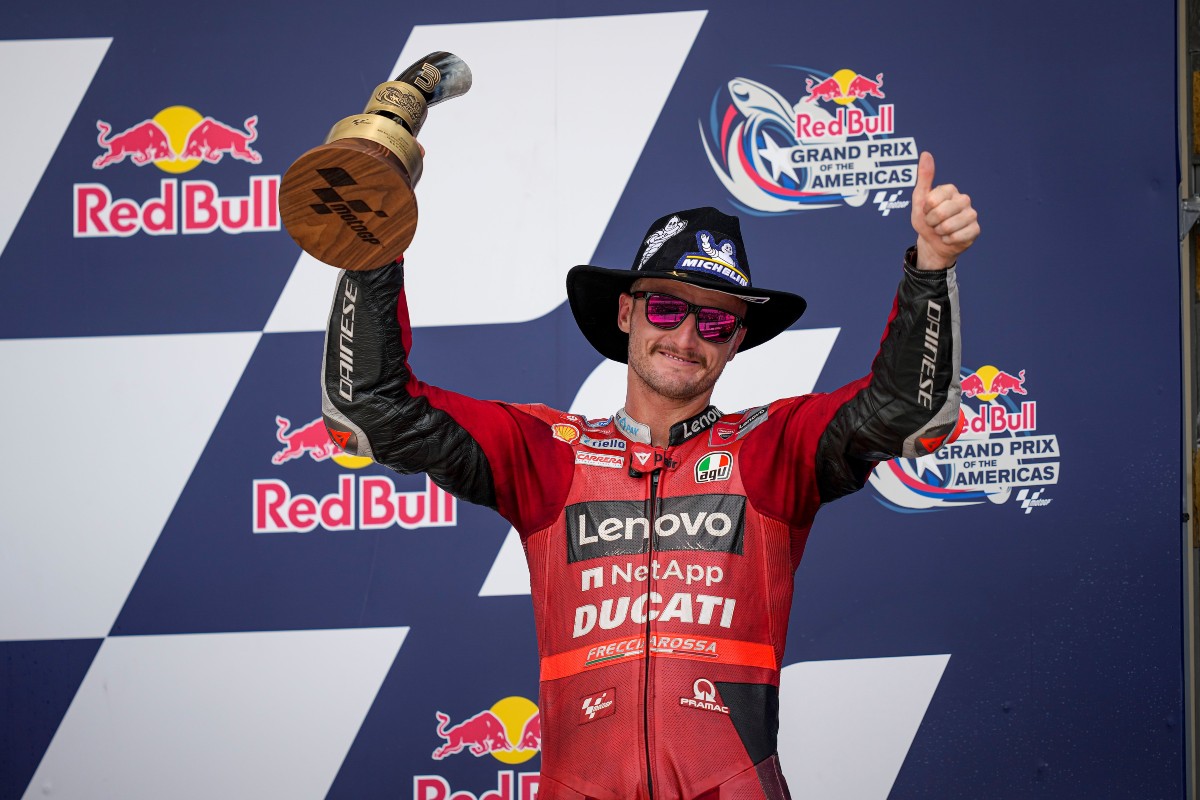 Jack Miller scored his first podium of the 2022 season at the Circuit of The Americas near Austin, Texas, where the Grand Prix of the Americas, the fourth round of the 2022 MotoGP World Championship, was held this weekend. The Australian rider, who started from second on the grid, did a fantastic race, which saw him in the lead for almost the entire duration.

As he got off well at the start, Jack immediately moved into first place, holding off the Ducati of Jorge Martin (Pramac Racing Team) and then Enea Bastianini (Gresini Racing) for over half of the race. However, with five laps to go, Miller no longer had the pace to defend himself from his rivals and got overtaken first by fellow Ducati rider Bastianini -winner of today’s race – and then by Rins, finishing third. For the Ducati Lenovo Team rider, this is his second podium finish at the American track after his third-place here in 2019. Thanks to today’s result, Miller moves up to seventh place in the overall standings.

Pecco Bagnaia, on the other hand, finished the race in fifth place. After a promising start that saw him stay hooked to the leaders in fourth place, the Italian rider could not remain in the fight for the podium. After the Americas GP, Bagnaia is now twelfth in the overall standings, while Ducati leads the constructors’ standings with a 27-point advantage over KTM.

Honestly, I don’t know if I could have done any better today. I knew I didn’t have the pace to escape and leave the group behind me. When Enea passed me, I tried to follow him, but at a certain point, he went wide. I made the same mistake risking going off the track and getting overtaken. I knew that Rins was very close behind me. I tried to defend myself, but in the end, he overtook me. I’m really happy with this result, although I’m a bit disappointed having tasted victory for so long. The team and I needed this third place, so I’m happy.

After FP4 and this morning’s warm-up, I expected a more consistent pace in the race, but that wasn’t the case. Jack was great because he was fast right from the start with the same specs as me, while I struggled a bit in the early laps. Today the goal was to be in the top 5, but I hoped to fight a bit more with the others. Instead, I had to defend myself. This weekend will help us understand where we need to improve to be more competitive in the upcoming Grands Prix.

The Ducati Lenovo Team riders will be back on track from 22nd-24th April at the Autodromo Internacional do Algarve, near Portimão (Portugal), for the first European race of the 2022 MotoGP season.