Öncü back in the top 5 in #AmericasGP, 14th for Fernandez 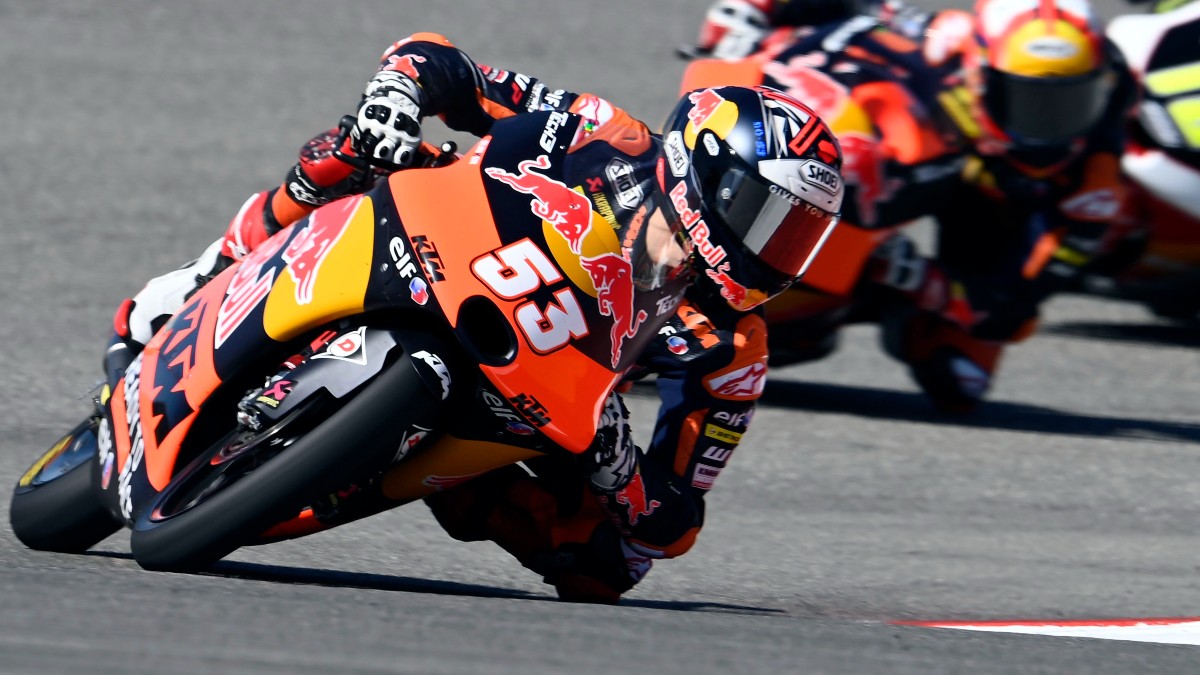 With a Sunday schedule slightly different than the usual, the Red Bull KTM Tech3 crew was set for its fourth race of the season for the Red Bull Grand Prix of the Americas. Following the Moto2 and MotoGP races, Deniz Oncu and Adrian Fernandez went to position themselves on the grid, in 4th and 19th places respectively, for the seventeen-lap Moto3 race set to start at 14:30 (GMT-5).

Following a very good weekend that saw him being within the top 5 positions at the end of almost every session, Turkish rider Deniz Oncu was looking forward to racing in the United States, a place that he has become very fond of. Starting from the second row, Deniz took an incredible start to the race and was leading at the end of the first lap. He was aggressive and hungry for a good result, so much that he rode his best lap on the fifth lap already, in 2’17.058, registering his fastest lap of the weekend at the same time. The number 53 fought incredibly with the front guys during most of the race, consistently juggling between the podium positions. Towards the end, he eventually lost a bit of time in some corners which meant that the gap got bigger with the front guys. He finished the race in P5, his third top 5 of the season, and currently sits fifth (tied with Guevara) in the championship. A great result and a great position in the standings before heading to European races.

His teammate Adrian Fernandez finished the race in P14, a satisfying result following the weekend he faced filled with ups and downs. This morning, he suffered a crash at the start of the warm up session, but luckily the team did an incredible job to get the bike ready for the race. When the race started, Adrian was able to keep his head down and focus on his seventeen laps, which he did very well as he managed to do some overtakes to finish in the points. He will now head to Portimao, a track that he enjoys and has already trained on earlier in the winter tests, hoping to score his first top 10 of the season.

We have had a good weekend here in Austin. Apart from the FP1 that I was not able to ride due to technical issues, we were always in the top 5 positions all weekend and were consistent. I had a good race start and pushed really hard to try to take the lead of the race. Towards the end, I lost some positions, and a big opportunity to attack in the last lap, because at the last straight’s exit, I slid on the rear so the gap got a bit bigger with the group ahead. I finished 5th, which is good, but I wanted more and I could have done more. We will now look forward to Portugal.

It has been a strange weekend in Austin with a lot happening. During FP1 on Friday, we had a technical problem and I was not able to go on track, and in the afternoon I was not feeling very well myself. On Saturday, it was better and we were able to start our weekend properly during FP3, and I got so close to qualifying for Q2. This morning, I crashed at the start of the warm-up, which is never ideal. The team did a great job to fix the bike in time for the race. I raced well today, I feel confident with my bike, and I look forward to going to Portugal.