Aldeguer and Fenati 7th and 11th in dramatic #PortugueseGP 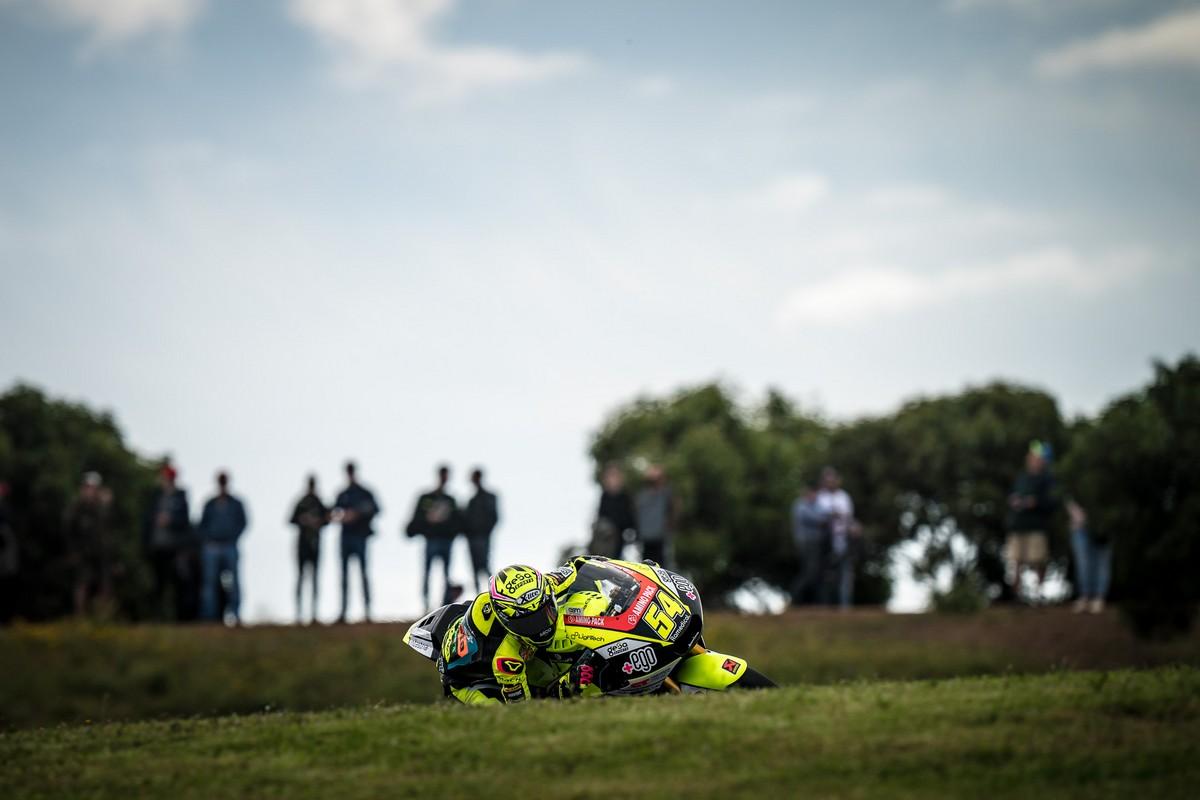 From Portimão, that’s it. The fifth round of the Moto2 World Championship has just ended with Aldeguer and Fenati who managed to complete a dramatic race in seventh and eleventh place respectively.

The weather once again complicated the track conditions causing a dramatic maxi crash at turn two of the ninth lap after the first start. Many riders were on the ground, due to the wet corner, including Aldeguer who, however, was immediately able to return to the pits with his Boscoscuro bike.

After the waving of the red flag, the new provision for the second start immediately arrived: 7 laps available and only 17 riders could take part of the race. Fortunately, both LighTech SpeedUp riders managed to get back on the new grid: p5 for Aldeguer and p13 for Fenati.

At the second start, Fermin got off to a good start, placing himself behind the leader at the end of the first lap. In the second lap he lost a few positions and on the following laps he settled in p6 defending the result until the end of the race when he lost one position for touching the green during the last lap.

Solid performance also for Fenati who started well from the thirteen position of Race 2 recovering two positions at the end of the first lap and with grit and determination he was able to maintain a constant pace throughout the race without making mistakes. P11 at the finish line for team 5.

In the end, I’m happy with today’s result, we needed these points for the championship. A somewhat strange race: after the good start in Race 1 and after having found a good rhythm, the red flag arrived due to the crash of many riders at the same point, including us. I got back on the bike and went back to the garage, the mechanics managed to fix it in time and I was back on the grid. After the crash I lost some confidence, I lacked a bit of feeling at the beginning but little by little I found it again. In the end we finished seventh, happy with this result and with a great desire to go to Jerez!

Unfortunately it was a bit of a hectic race. A first start, then many crashes and then in the second restart I felt more at ease thanks to a small modification to the bike. We still need to improve for Jerez, but we are on the right way. Now let’s think about Jerez, I’ll give it my all!