Aleix Espargaro on the podium with 3rd in #PortugueseGP, Viñales 10th, Savadori DNF 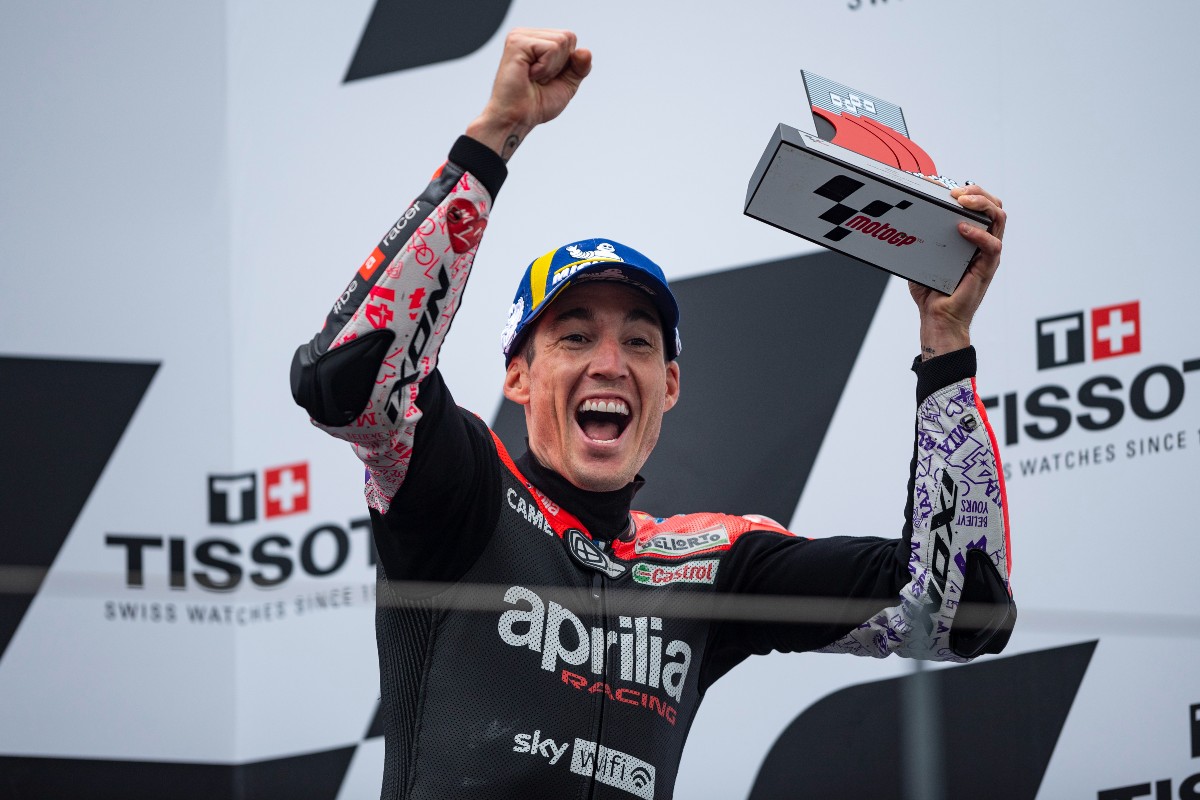 It was the podium once again for Aleix Espargaró who, with a third-place finish in Portugal, is now solidly third in the overall championship standings, just three points behind the leader, after five races.

Starting from the front row, Aleix finished the first lap in seventh place, having to battle with an extremely aggressive Alex Marquez. However, from that point, he began lapping with great consistency at a pace faster than the riders ahead of him, so much that he caught up with the group battling for the podium positions. When Miller and Mir crashed out, right in the middle of that group that Aleix had just caught, it left the door open to hunt down second place. So, he went after Zarco as well, overtaking an extremely fast Rins, but he just didn’t have enough tyre left to attempt the decisive attack. The podium finish rewards him for the speed and consistency that he and his Aprilia have been demonstrating on the track from last season. Yet another testament to this performance is the fact that he did the second-fastest lap speed in the race.

Maverick Viñales, forced to start from the fifth row due to some difficulties as well as some poor luck, lost positions at the start, dropping all the way back to eighteenth. As often happens, in the second half of the race, he then found a good pace which, along with a few crashes involving the riders ahead of him, allowed him to finish in the top ten.

Wild card Lorenzo Savadori crashed out without any consequences right on the last lap. However, his return to racing after several months let him test several upgrades in the race, both in terms of chassis and electronics, essential work to continue growing the Aprilia MotoGP project.

I am very happy! Fabio was unbeatable today. I lost a lot of time at the start both because of a less-than-perfect start and because of the rather hard battle with Alex Marquez. Then I was able to find my pace which, to be honest, was rather good, and in the end I even tried to attack Zarco. However, the risk was too high, so I settled for third place. We have once again demonstrated that we can battle with the best.

Unfortunately, our race was conditioned by practice, beginning from FP3. Not being able to start farther forward keeps me from exploiting our pace, which is fast. When you have to battle to overtake, it sets off a whole series of problems: you lose time, the tyre temperature rises, I’m unable to ride clean, and everything becomes more complicated. This makes me angry, because in the right conditions I’m able to be fast, but Saturday is still our Achille’s heel.

We continued our development work in the race too. Putting in the miles was fundamental for us and, except for the crash in the finale, we managed to do just that. We have a lot of new parts to test which still need to be fine-tuned and that’s what we’re here for. In any case, I’m happy about Aleix’s podium. It means a lot to the entire team and it pushes us to always give our all to grow the RS-GP.